On the Trail of the Laughing Elephant 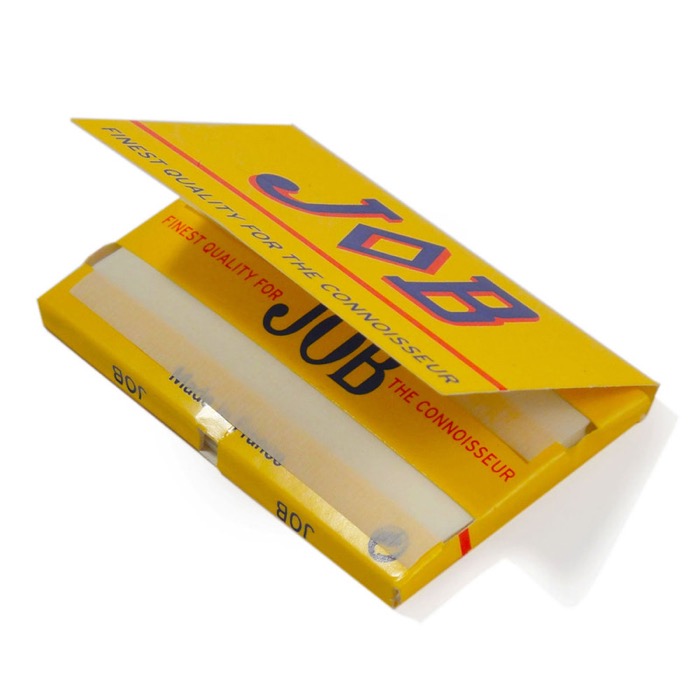 Who would have thought that a Perpignan baker and his son would create a vast industrial fortune from ready cut scraps of paper?

Until Jean Bardou and his son Joseph invented ready to roll cigarette papers in neat little packets, smokers had to tear their own by hand from large sheets. In the evening, in the back of the bakers shop, the family put together the packets of “hygienic” cigarette papers.

At first they were sold in local pharmacies, but so great was their success, that, on the death of Jean Bardou, Pierre, the younger son, built “l’Hotel de l’Industrie du Papier a Cigarette” in Rue St Saveur, a combined house and factory.

He took as his logo the initials of his father, between which he imposed the lozenge shaped symbol of Perpignan.

Immediately read as JOB, he incorporated the logo into his family name that became forever Bardou-Job.

His elder brother, Joseph, had struck out on his own. The Orient was all the rage, Egypt in particular. For his trademark, he chose the name “le Nil” and for his logo, a rampant laughing elephant.

The railway station was becoming a new and fast-developing part of Perpignan and it was there that he chose the site for his factory, the Hôtel de l’Industrie du Papier à Cigarette. 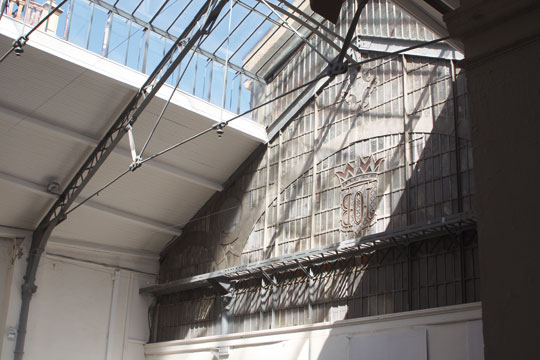 Now, if you walk the Avenue General de Gaulle from the station, at the end of the first block on your left, a private road is closed off by an iron grill. The large mansion with an imposing façade next to it, is the birthplace of the laughing elephant. 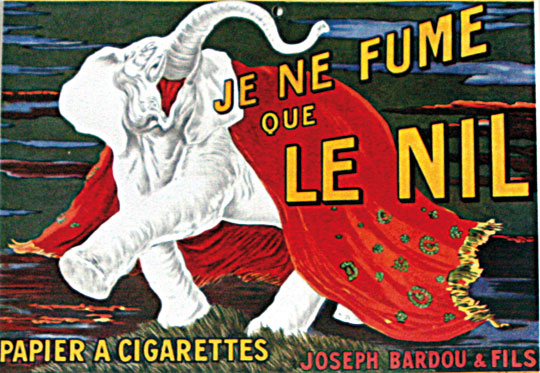 The two brothers remained close, their cigarette papers business flourished. Both took good care of their “paperetes”. In order to preserve their eyesight, Joseph installed the first ever neon electrical lights in his factory while Pierre created a beautiful glass ceilinged workshop in his Hotel de l’Industrie du Papier à Cigarette. 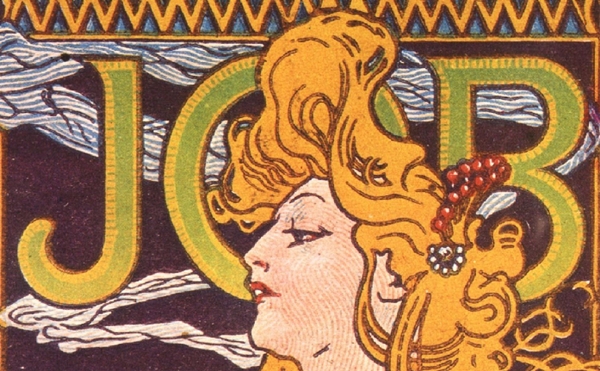 They used up and coming artists to design their publicity posters. They dominated the economic life of Perpignan, their descendants were to influence the city’s political life as well.

Eugene, Joseph’s son, became the Mayor of Perpignan from 1894 – 1896. He also had an unusual chateau built just outside Elne.

In the form of a Greek cross, topped by a glass cupola, it became known as Chateau d’en Bardou and many Bardou/Bardou-Job family parties were held there.

The vegetable farmers who bought it upon Eugene’s death rented it to Elizabeth Eidenbenz from 1939 – 1944. She was the inspired and inspirational Swiss girl who, with her team of young nurses, rescued pregnant women from the Retirada camps of Argeles, Perpignan and Rivesaltes and saved the lives of almost 600 babies.

There is a picture of the laughing elephant on the wall that backs onto the reception area. The rest of the building is dedicated to Elizabeth Eidenbenz and the memory of the humanitarian miracle she performed within its walls.

When Pierre’s three children grew up and married, he commissioned the fashionable Danish Architect, Viggo Dorph- Petersen, to design three chateaux, one for each of them.

For his son Justin, Chateau d’Aubiry rose out of the vineyards outside Ceret. Rich in Belle Époque embellishments, with three huge glasshouses in the grounds, it still dominates the landscape. The glasshouses have fallen into disrepair but the fairy-tale aspect remains. Look out for it on your right as you drive the D115 towards Ceret. In 2014, it was up for sale for a mere 21.000.000 €! MORE

For his daughter Camille, married to Charles Ducup de St Paul, he ordered the Chateau Ducup St Paul. Upon her death it was bought by the Catholic church. A reminder of a more gracious age, it is now almost swallowed up in the semi industrial sprawl that encircles Perpignan.

His daughter Jeann married Jules Pams, a lawyer, councillor and later, Minister of Agriculture and of the Interior. For them he had Chateau de Valmy built on the heights of Argelès-sur-Mer.

Impossible to miss its Disneyesque turrets and towers catching the sun as you drive the D 914 towards Collioure. Call in for a tasting of excellent wine or to visit the Park Valmy where concerts are often held. MORE 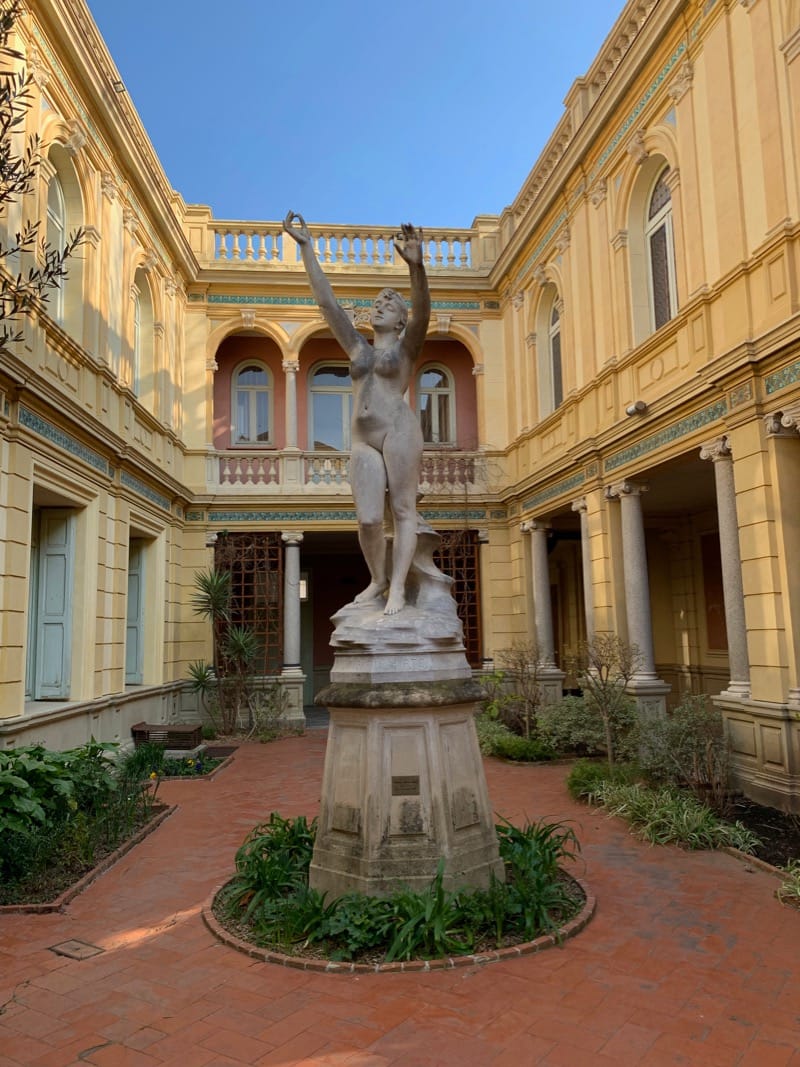 The factory had long outgrown the house and moved elsewhere.

Pierre, the father, lived with them until he died in 1892. 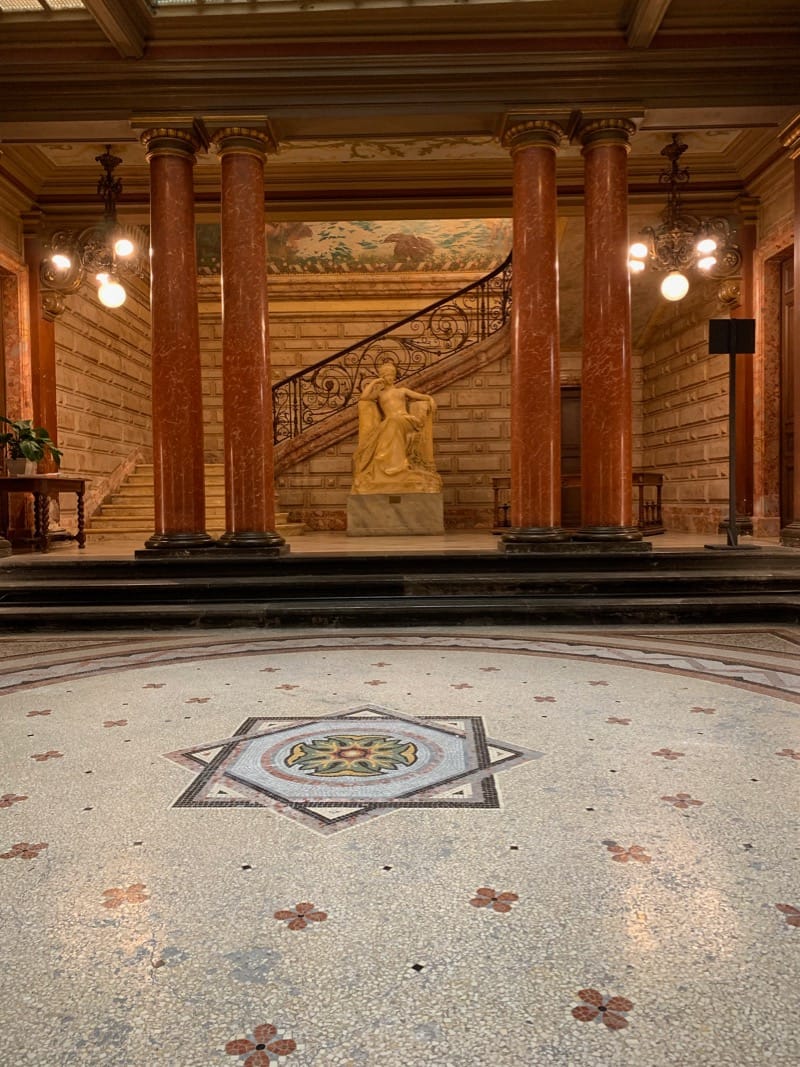 He commissioned his friend the architect and interior designer Leopold Carlier to give it the exotic treatment we can see today.

The artist Paul Gervais’s Venusian, nubile, near-naked nymphs disport themselves in legendary landscapes, the patio is adorned with romantic statues. 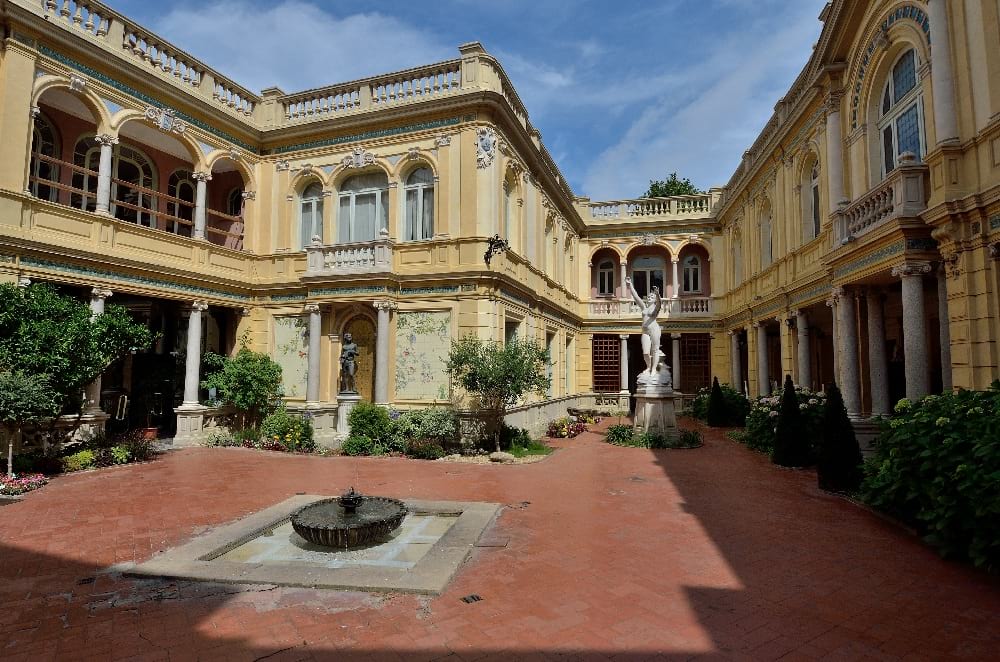 Now owned by the City of Perpignan , a visit to this ‘hôtel particulier’ is fascinating and free, an absolute delight for lovers of the excesses of Belle Epoque kitcsh. 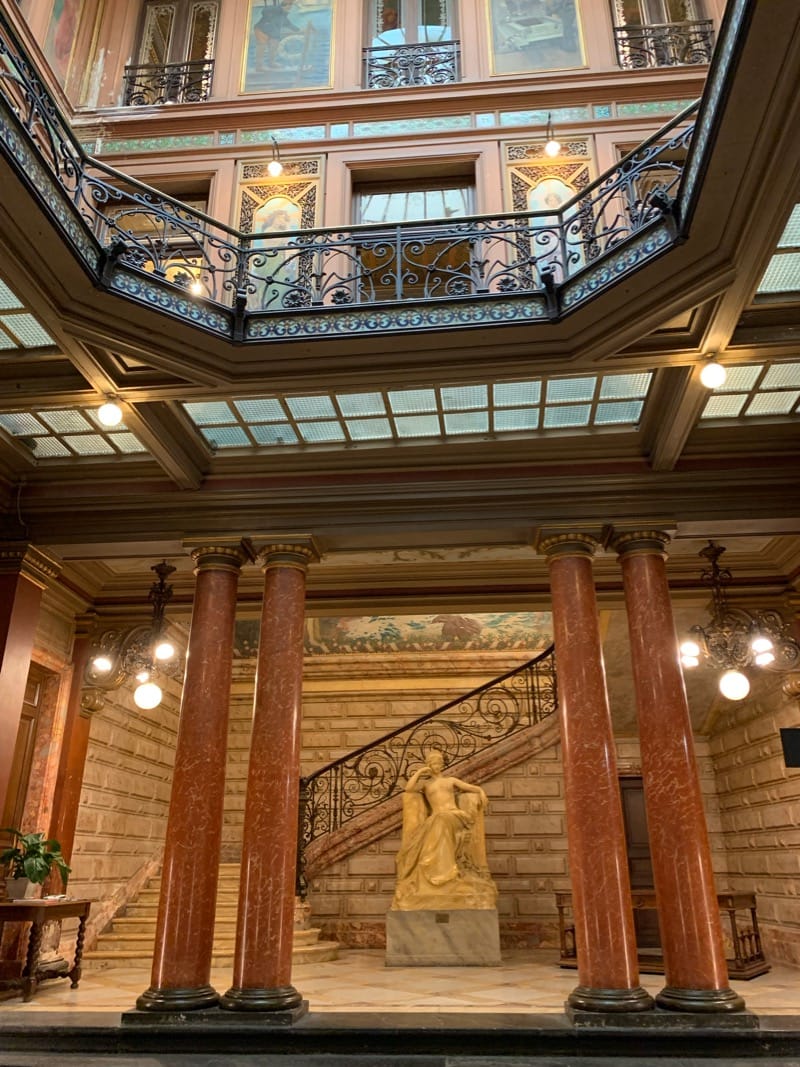 Republic Technologies bought the rights to the trade name in 2005 ensuring the continued manufacture of JOB cigarette papers.

Today, you can spot the J.O.B initials on buildings around Perpignan and as far away as Toulouse.