To get you into that Christmas spirit, the cavistes of Saint-Cyprien invite you to a tasting of the Christmas Muscat on Thursday 16th November from 18h to 21h, Place de la République in the village.

At 3 € per person for purchase of a glass, it wont break the bank, and will give you the chance to taste the different muscat from stand to stand, accompanied by local produce, cheese, tourons and other Christmassy Catalan produce. 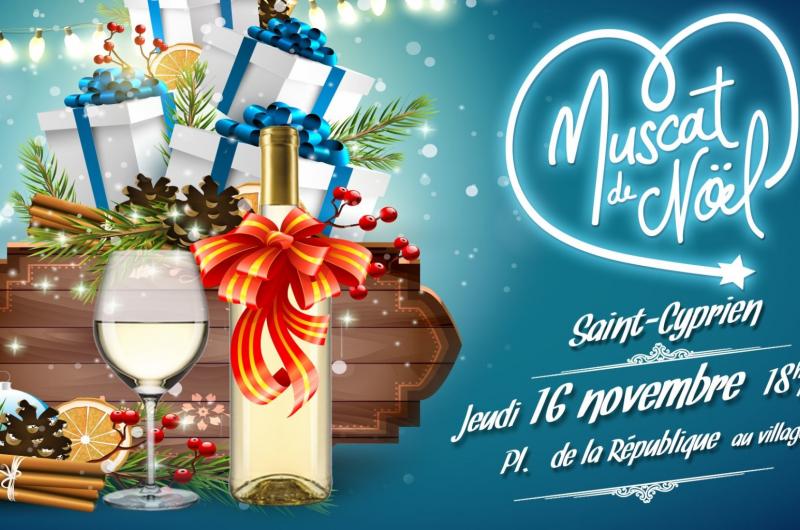 In the fourteenth century, the first Muscat of the year was traditionally served at the table of the Royal Court in Barcelona, during Nativity celebrations.

In 1997, a handful of passionate winemakers, proud of the quality of their first Muscat, decided it was time to show it to as many people as possible, and revive the tradition, and “Muscat de Noêl” was born.

Usually enjoyed during the first days of December, a good Muscat de Noel can be distinguished by the freshness and the flavour of newly picked grapes, citrus, tropical fruit, white peach, lychee, orange blossom and fresh mint.