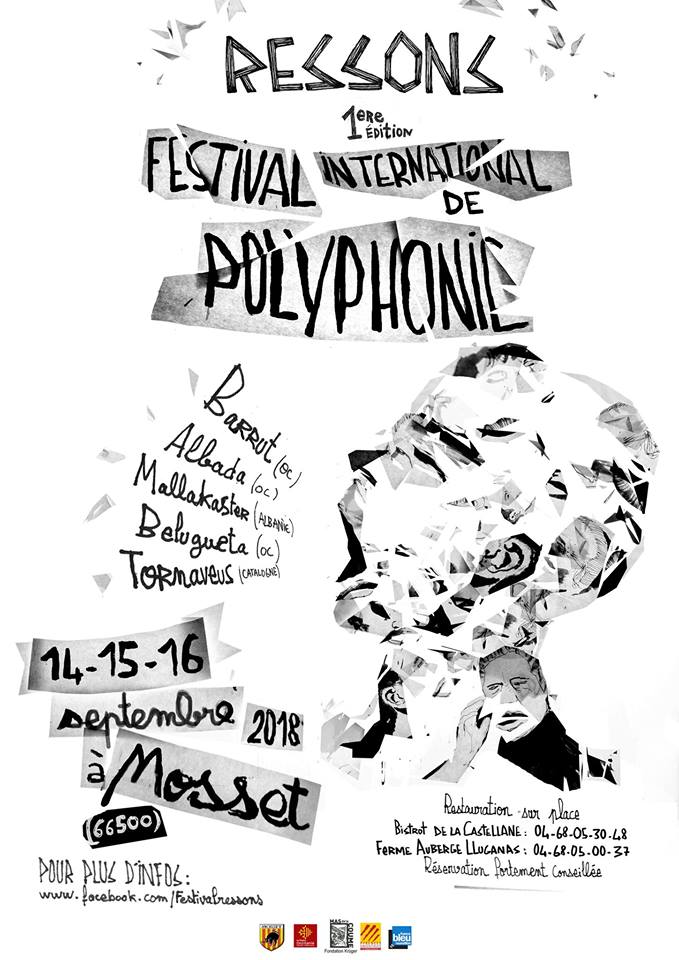 First Ever Polyphonic Festival in Mosset

The name of the festival itself is a play on words. Directly translated from French as “let’s feel”, it also resembles “resonance” and incorporates “son”, the French word for sound. It is translated as “echo” in Catalan and Occitane. And that pretty much encapsulates exactly what the organisers are trying to create.

A group of talented professional singers, rich in experience from numerous international festivals and events, decided to create a polyphony festival in a space where it did not yet exist: Mosset.

That is not to say that Mosset has been without culture. The village has a long history of performing arts and since the first “Pessebre” (dramatised, musical mass), the inhabitants of Mosset have created the association, Opera Mosset.

Today, they want to innovate, meet other cultures, learn and share through polyphonic singing. And so Ressons is born. Over three days the town will host five different polyphonic groups from Occitanie, Catalonia and Albania, each sharing their own unique voices and styles.

Built around voice and poetry, Barrut is a vocal and percussive formation with a repertoire of original compositions. Wild polyphonies give body to poetic texts, breaking free of codes and conventions. Giving free rein to collective creation and expression, they endeavour to highlight the singularity of each voice.

Five singular voices each with their own distinctive tone, combine in harmony to perform traditional polyphonic songs with an original, creative twist. Their creations are inspired by the Occitan language, passed from generation to generation, teetering on the brink between survival and decline. 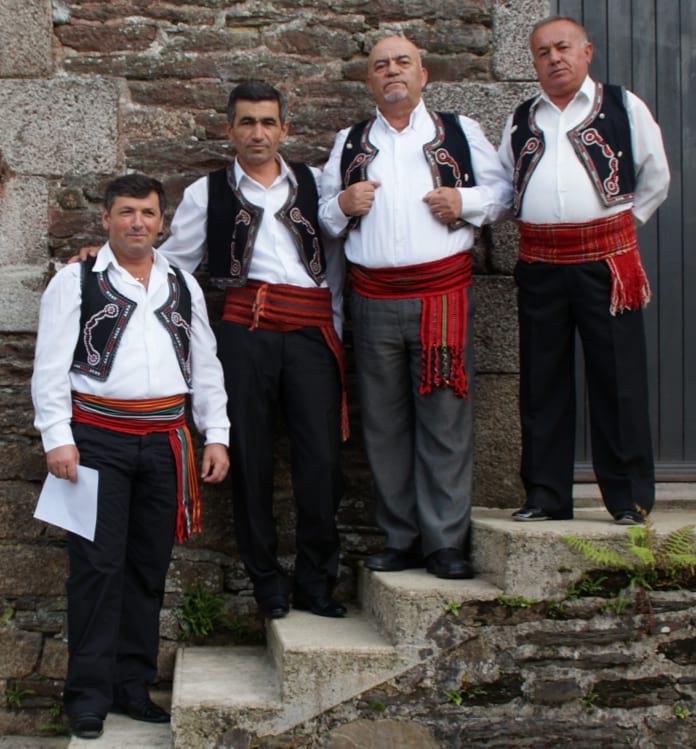 An extremely rare event in France, these four Albanian singers are among the leading performers of the Mallakaster polyphony, unique to southern Albania. Originally from a much larger ensemble, the quartet was formed back in 2000 and continue to travel around the world, sharing sounds that you will hear no where else. 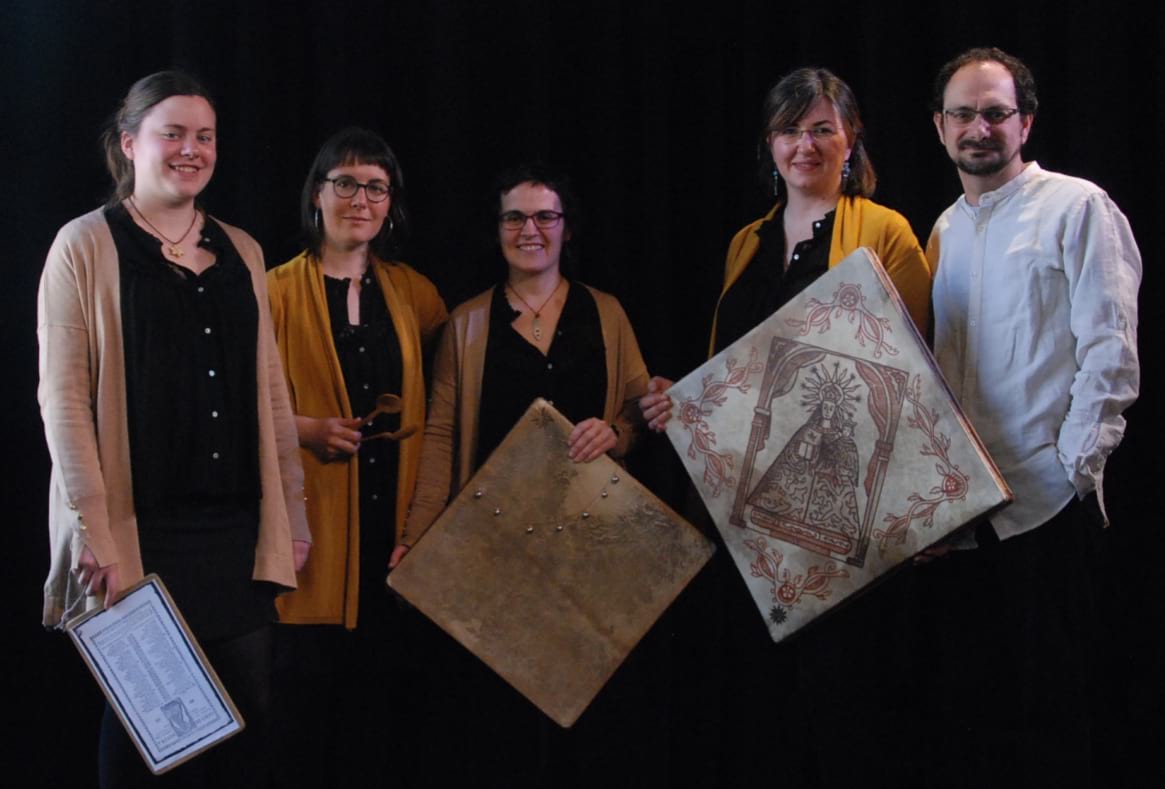 Filled with music, Catalonia is undeniably a land of singers. And yet, when you think of the rich Catalan culture, polyphony is not the first thing that comes to mind. Tornaveus, however, proves that the vocal tradition is alive and well with a repertoire of work songs, lullabies, songs of the sea and of the taverns… and even nursery rhymes! 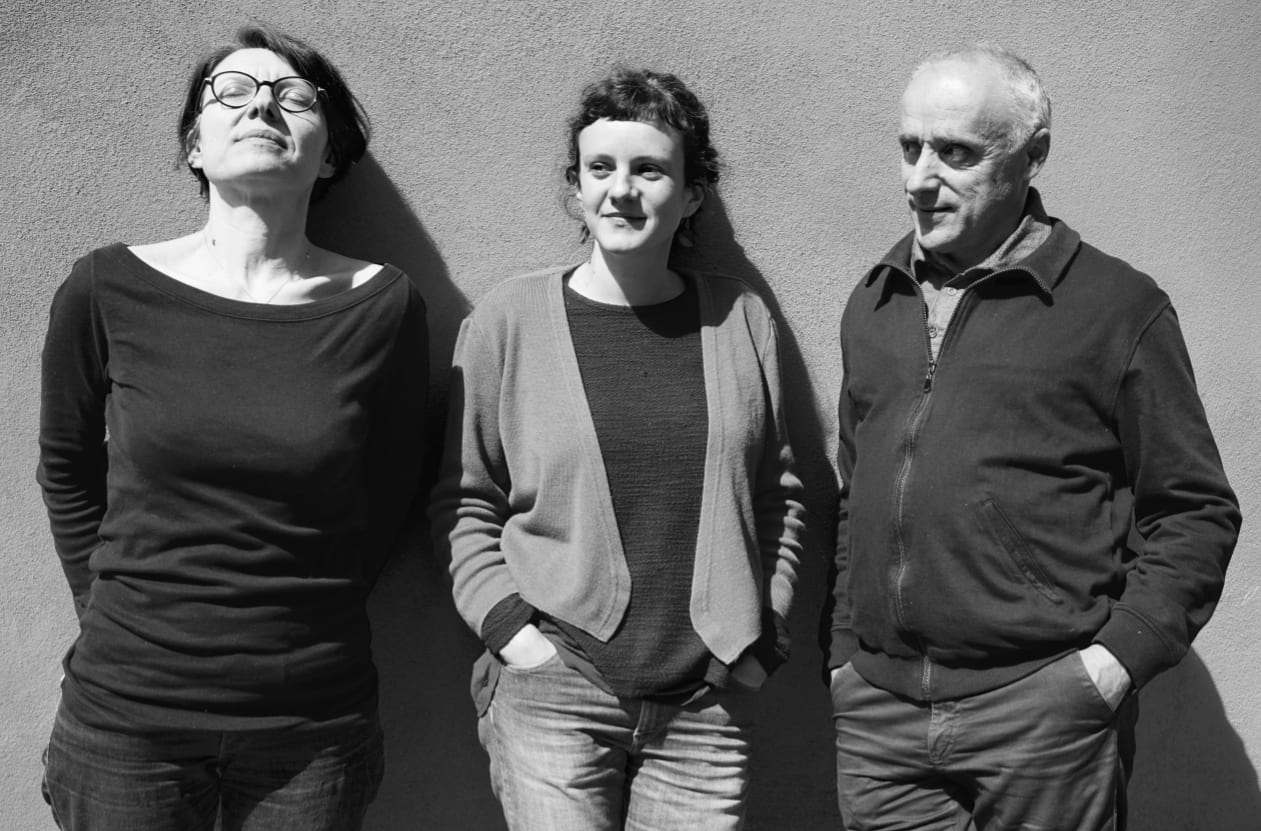 Albada is the dawn, the morning light that ever returns to banish the darkness.
These three talented singers take hold of tradition and give it a new lease of life, a new resonance. In trio, duo, solo, they reinterpret songs that have travelled through time and space, from Languedoc to Gascony, bearing witness to the thousand faces of Occitanie.

Other local groups will join the five main acts over the course of the festival, learning and developing their skills from the range of traditional and contemporary inspiration on offer. You can get involved too with two workshops open to all ages and abilities on Saturday 15th (10am – 12pm / 2pm – 5.30pm)

This course will cover a diverse Pyrenean repertoire. Pieces from Bigorre and Béarn are still very much alive and performed spontaneously, by women and men, young and old. Covering gaièras (festive songs), blossas cantas (profound songs), or sacred polyphonies developed on the slopes of the Hautacam
until 1970, this workshop will be an opportunity to experience the intense pleasure of uniting your voice to that of the other.

This workshop will be delivered by the Mallakaster Ensemble and will work on the polyphonic a capella repertoire.
– Isopolyphonic repertoire of Mallakaster and other regions of Labëri
– Tonal work
– Alternation between the work of the Marrësi, Kthyesi, Hedhësi and Iso voices
– How to combine the voices in relation to each other