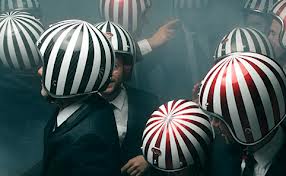 France’s brilliant 10-piece National Jazz Orchestra (ONJ) was established to push the boundaries of jazz. Under the leadership of Artistic Director Daniel Yvinec it pays homage to the venerable sage of British art rock, Robert Wyatt, major influence on such greats as David Bowie, Elvis Costello, David Gilmour… with a live rendition of the acclaimed 2009 album, Around Robert Wyatt.

Wyatt’s music is possessed of a spellbinding melancholy, yet is avowedly humanistic and politically charged, exploring the subtleties of Wyatt’s intriguing songbook with joyous music that defies genre definitions, including renditions of ‘Shipbuilding’, ‘PLA’, and ‘Alifib’ from 1974’s masterful Rock Bottom.

Filmmaker Antoine Carlier completes the performance with projections that act as a poetic backdrop to this orchestral journey.