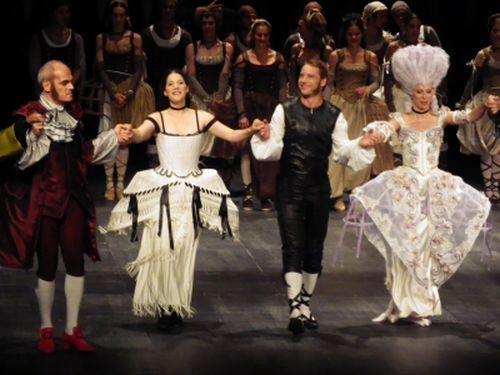 Set in Count Almaviva’s castle in Seville in the late 18th Century, Le Nozze di Figaro is based on Beaumarchais’s 1784 play La Folle Journée, ou Le Mariage de Figaro, a sequel to his earlier play, The Barber of Seville.

In The Marriage of Figaro, Beaumarchais continued their story.  The Count has married Rosine but their marriage has gone sour because of his philandering.  Figaro has quit barbering and is now the Count’s major-domo.  He is engaged to Suzanne, who is Countess Rosine’s maid — and the Count’s intended conquest.  Old Bartholo is back to seek revenge on Figaro for taking Rosine away from him, with the help of the slimy music-master, Don Bazile.  Adding to the fun are an amorous teenager, a scheming old maid, a drunken gardener, and a silly young girl.  Much happens on a single ‘folle journée’ – a crazy day.

Beaumarchais’s Marriage of Figaro was at first banned in Vienna because of its licentiousness,but Mozart managed to get official approval for an operatic version which eventually achieved great success.