Walk the Region – with Tim and Chris Parker 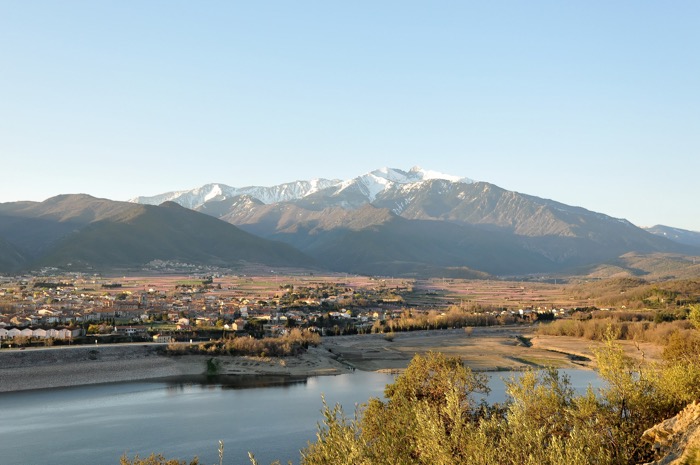 A circular walk of approx 2 ½ hours using some parts of the GR/St Emilie route to the Priory, and taking in some of the delights of the surrounding valleys! Walking boots essential
Access: map IGN 1:25000 Prades St Paul de Fenouillet 2348 ET

From Perpignan follow the river Tet on the N116 in the direction of Prades. Reach the Retenue (lake) de Vinça. Opposite the second turning for the village of Vinça is a right turn, over the reservoir, signed Tarerach D13. Take this road and park immediately after the bridge on the right.

You will see the main path to Marcevol on the corner, at the exit of the bridge – signed Sentier de Emilie and marked with red and white sign for a GR path (Grande Randonnée). This is your point of return.

Cross the road from the parking area, heading right, and after a few yards take a path which rises from the roadside to wind up the right hand side of the valley. The narrow path climbs steadily, with zig zags and in parts is paved with stones. 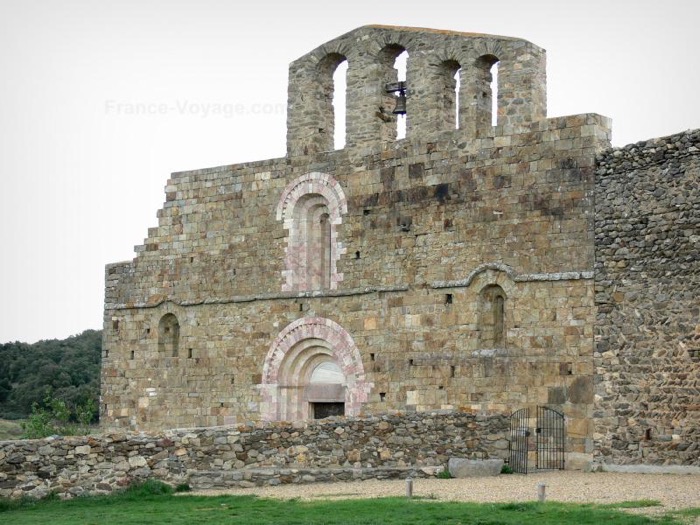 The path crosses the stream bed on rocks, then very quickly crosses a tributary stream bed to continue up the left hand side of this next valley. Follow the path under trees to emerge in more open landscape with gritty sandy rock, before levelling out to meet the GR path.(approx 40-50 mins).

Turn right and continue up the GR to the Priory. As the path drops to enter a grassy area you will see the Priory above. Cross the grassy area to arrive quickly at a double track. After 30 yard of track, take footpath on the right leading up to the Priory. (1 hr 15 mins)

The Romanesque Priory, restored by a group of volunteers, dates from the 12th century, and is open to visitors from beginning of April to September. (3.50€ adult). It is a peaceful and natural spot, with an interesting pink marble door and window, from the nearby marble quarries of Villefranche-de-Conflent, and magnificent panoramic views across the Têt valley, to Arbussols, and Canigou. Inside the priory, an ancient fresco has been preserved. 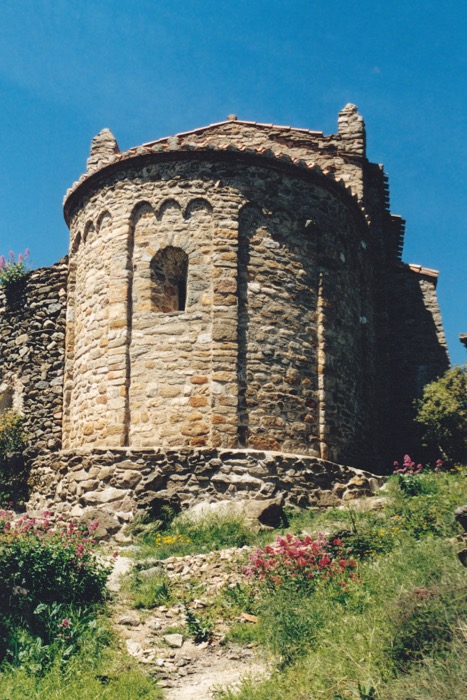 The tiny hamlet of Marcevol itself is also worth a visit. Pick up a path on the left near the bend in the road at the entrance to the car park (direction Tarerach). A pretty little street leads to the 16th century church, built on solid rock.

Your return route starts through the rocks which line the back of the car park and is way marked yellow. It drops then contours round the hills above the valley between Marcevol and Arbussols. The path offers dramatic views of the mountains, the rugged valley and the fertile Tet valley below. 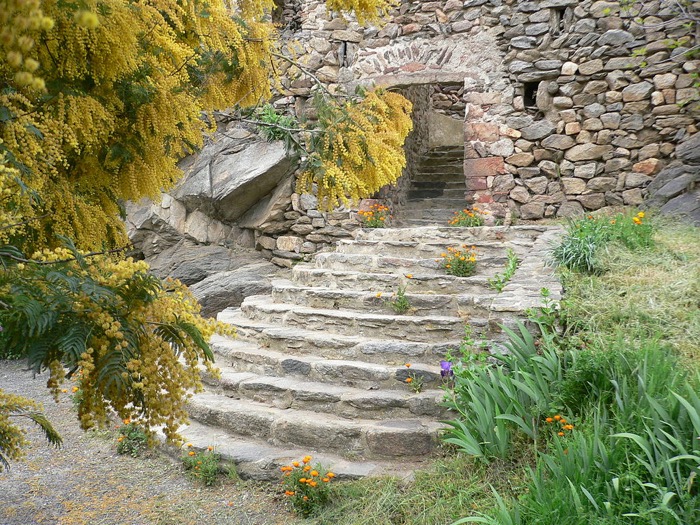 After approx 50 minutes, soon after passing an Orri, rejoin the GR to continue down the steep rock paved path. The path is very clear but some walkers also have an artistic side, and have created a wonderfully balanced cairn on the way down!

Emerge by the bridge and car park. (1 hr 10 mins descent time from the Priory)

As the Knights Templar were known to be prominent in the region, the priory is believed by many locals to have been one of their head quarters. When they were disbanded in the early 14th century, it is said that a load-bearing lintel cracked above the main door, a sign of the Templars’ importance, and a mark of displeasure from above at their fall from grace. 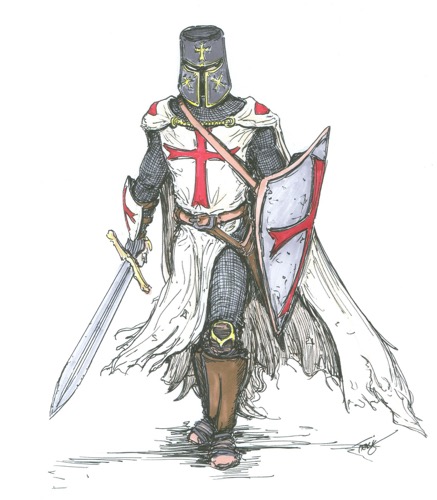