Cherry trees are the last to blossom and the first to bear fruit. As the pink of the peach flowers fade and fall, a white lace spreads itself over the cherry orchards surrounding Céret.

By May, the first case of luscious ripe red fruit is on its way to the President and the prices per kilo of cherries will come tumbling down. Céret is the cherry capital of the P.-O., possibly of France and stalls laden with the fruit appear in garages, on street corners and in the Saturday market.

Newcomers to the region should make sure they visit Céret Market. Held every Saturday morning beneath the hundred-year-old plane trees that line the streets of the town centre, it is one of the best. 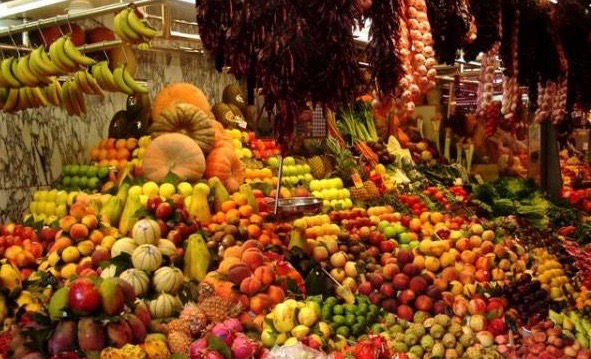 Local delicacies jostle for place beside stalls of Provençal fabric, outrageous glittery disco dresses and cd’s of Spanish flamenco music, the strains of which fill the air, often competing with the classic chansons of accordion players or small jazz groups. The cafés are full, and, as the market begins shutting down, the restaurants in the Place des Neuf Jets open up. 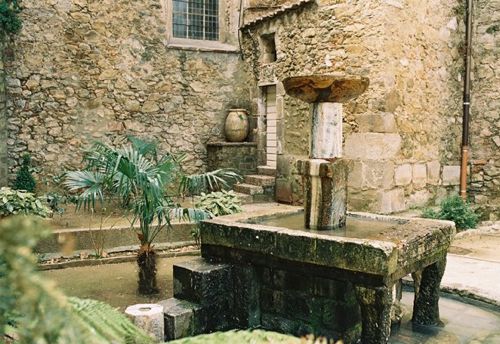 But it is not only for cherries that Céret is famous.
The summer of 1909 was damp and chilly in Paris. Frank Burty-Haviland, a young artist and patron of the Arts, originally from Limoges and his friend, the Catalan sculptor, Manuel Martinez i Hugué known as Manolo, were discussing with the composer Déodat de Severac where to go to find some sunshine and escape the misery of a long, cold Paris winter.

Déodat, who had been born near Toulouse, was singing the praises of the Pyrenées Orientales and easily persuaded them that this was the place. Manolo and Frank set off a few days before Déodat, stopping in Bourg Madame where Manolo finished sculpting a bust of Frank.

They then made their way to Banyuls sur Mer to visit Maillol, whom they had known in Paris. However, the Tramontane wind we know so well was blowing particularly fiercely. Frank and Manolo decided to seek shelter in the Valespir. They chose the agreeable town of Amelie les Bains. There, they found the number of sick, old people walking the streets armed with spittoons, discouraging.

They left on foot and arrived at the next town down the valley. They booked into the Hotel du Canigou. It was reasonably priced, Manolo spoke Catalan. He was Catalan. They were made welcome. 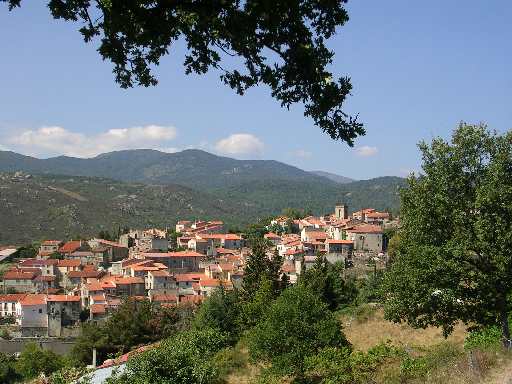 Art had arrived in Ceret!  Déodat joined them a couple of days later and, one could claim, the rest is history.

Manolo was a great friend of Picasso. Picasso came and stayed with Frank B-H. as did Braques and Kisling.

From their arrival in Ceret in 1911, Picasso and Braques began experimenting with a painting style that was to revolutionise art. It became known as Cubism. Juan Gris, a friend and early cubist joined them in august 1913 and the discussions held in the Grand Café were animated indeed.

Other artists were drawn to the town. The 14-18 war broke the spell but also caused the arrival of Pierre Brune who had been invalided out of the army to Amelie le Bains. As the years rolled by and the art world of Céret grew, his dream became to open a museum. It was a dream that had to wait through another world war and many new artists to become a reality. He was still dreaming when , in 1948, he met Picasso and Matisse in Paris. Both encouraged him with promises of generous bodies of their work if he succeeded. He retuned to Céret and visited the Mayor.

The Musée d’Art Moderne de Céret was inaugurated on the 18th of June in 1950.

Three bridges span the Tech in Ceret. The railway bridge, the road one and, 22 metres high, the XIV century Devil’s bridge. By far the most attractive, it was supposedly built by the devil in 1321 in exchange for the soul of the first Ceretian to cross. The engineer sent a cat across first but, even so, the locals at the time were very wary of using its single 45 metre arch.