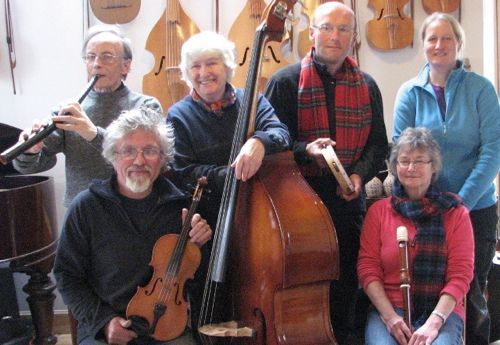 Music from the 12th century to the present day will be presented by an ensemble of 4 instrumentalists and 2 singers – all flying in specially for the event. The musicians from the Carlops Orchestra are flying  from Scotland to the P.O. to give a concert in celebration of the 10th Anniversary of l’association Charles Rennie Mackintosh.

Towards the end of his life, Mackintosh gave up architecture to become a full time painter and in the corner where the Pyrenees dip into the Mediterranean, Mackintosh and his wife and co-artist Margaret, spent probably the happiest years of their lives.

The concert is entitled a « Whigmaleerie » and will be an eclectic and whimsical potpourri of Scottish music from the Renaissance to the present day.  Murray Campbell, the leader of the group, is Professor Emeritus of Musical Acoustics at Edinburgh University and the other three members of the quartet –  Patsy Campbell. Les Morss and Kate Morss are all semi-retired academics, – between them representing Napier, Queen Margaret and Edinburgh Universities.  Caroline Gold, the female singer, is a wood sculptor and cabinetmaker.  The male singer, Tim Wilcock, has a background in accountancy and computing 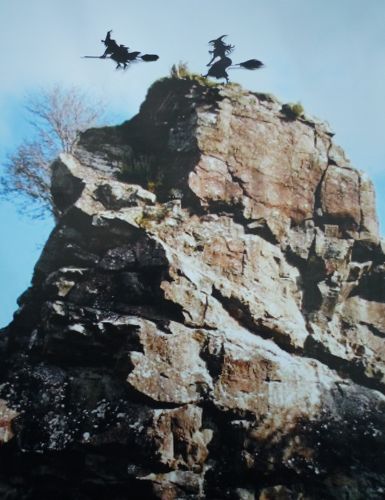 Carlops has a population of only 300 people yet is remarkable for its classical, dance, jazz and classical orchestras.  Built in 1784 as a weaving village, it is dominated by The Rock (The Carlin’s Loup – the Witches Leap), which is reputed to have been from where local witches launched on their broomsticks to make mischief in the hours of darkness.  Nowadays the mischief is musical and the weavers of wool have been replaced by weavers of melody, flying high like their forbears, but casting their magic through the international language of music.  Arriving by broomstick is cheaper than Ryanair, and appeals to the Scots sense of economy but it is a bit sore on the bum!

☛ Cour Royal d’Ecosse
O lusty May
Remember me my deir
My Lord of March Pavane
Hutchesoun’s Galliard
What mightie motion
One yeir begins, another ends

☛ Gerda Stevenson
I come to you