Scandals & skeletons in the cupboard

My father’s youngest sister, Rachel (Rosh) was fun. Excelling at sports, she taught me to play tennis. She’d take me to the cinema and to the swimming baths. She tried to explain how to drive a car, but some years later even my husband & a lecherous driving instructor struggled to get me through the driving test. Nevertheless, although a jolly, sociable girl, Rosh was approaching her 30th birthday.

Many years ago if a girl wasn’t married by that age, she was considered well past her sell-by date.

However, thanks to her innumerable brothers’ generosity & some ready cash from her parents legacy, Rosh set out to find herself a husband…and he had to be a doctor.

“Uncle” – as he was to become – Abie was a penniless young man clutching a medical degree when he & Rosh met through a shadchan (*1) and a proposition was put forth.
They would marry & Rosh would set him up in a practice. A favourable situation which appeared to satisfy both parties.

I’m delighted to say they lived a remarkably contented and cheerful life together till well after their allotted three score and ten.
Who can say, but if you have similar values and aims & can grant each other’s aspirations, maybe, just maybe, a happy marriage can last longer than love at first sight….

On the other hand, my captivating cousin, pseudo-named Rebecca (Beccy), had a rather more complicated married life.

She had 2 suitors: let’s called them Harry & Barry. The man to whom she was engaged was Harry and her second-best admirer was Barry.

Regrettably, after a period of churlishness and irritability on Harry’s part, Beccy opted for Barry,

Barry was a conscientious, industrious fellow, a lawyer. (Jewish men tend to want to become doctors; if they can’t stand the sight of blood, they become lawyers.) Thus he and Beccy joined together under the Chuppah (*1) in Bury Old Road Community Centre with the Rabbi, family, friends and the most ostentatious caterer’s kosher spread.

Aged about 8, I desperately wanted to be a bridesmaid and was heartbroken when the bride’s three sisters were chosen. My mother bought me a magnificent turquoise taffeta dress in compensation and I felt like a princess.

Let me say in passing that my mother was a very striking-looking woman with a slight resemblance to French actress Claudette Colbert. 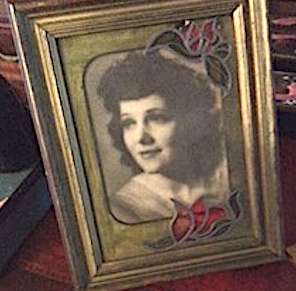 She was Hungarian and still spoke with a slightly foreign accent, which men found irresistible and many women considered most annoying. Anna was not popular with her in-laws..she was too vivacious, too elegant, too dramatic: she put flowers on her hat, she wore the “New Look” – she danced and played classical guitar having once had lessons from Segovia.

With all the unassuming and shy bachelor girls in Higher Broughten, why did my father have to go and choose some exotic suspect who, nevertheless, spoke 5 languages. There was a spot of pique against him in the area. 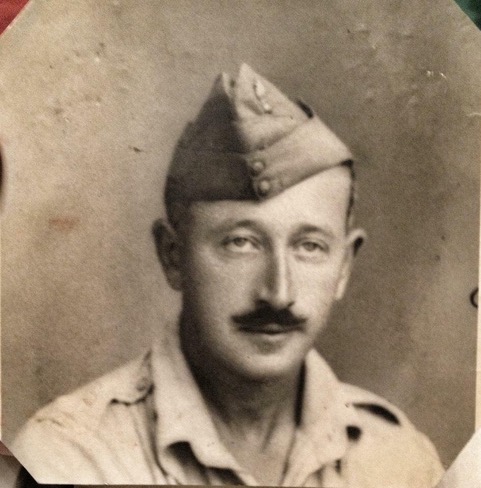 Anyway, back to Becky. After a short time she became bored with her posh (groan) comfortable life. Shopping for clothes on Deansgate and preparing gefilte fish (*2) and latkes (*3) brought her little excitement, and she decided to look up her former sweetheart.

Illicitly they met. Passion inflamed them and eventually led to Beccy’s divorce (but not employing Barry as their lawyer) and a second wedding with a virginal gown, bridesmaids and orange blossom took place. The newly weds lived happily…..for a while.

However……
Some time later Beccy heard that her former husband was in hospital with heart problems and felt bound to visit the sick man.
Seeing him lying before her, pale and gasping for breath, she realised that she had made a terrible mistake: her one true love was Barry.

Once again divorce papers were signed and now with their new baby son, the resurrected family lived happily …for while.

Long story short: clutching her little boy, she and the doctor ran away to Isreal, immediately followed by Barry, (think Keystone Cops) who schlepped (*4) them all back to Manchester and, being a well-known lawyer, simply had the miserable medic struck off. **

The entire Shloimovitz family, comprising several doctors, and many medical men in Higher Broughton, found this sanction unproportionally OTT. ( “There but for the grace…….” ).

As for Barry. What sort of karma can it be?

His car at the mechanic’s garage, Barry, with his risky heart, suddenly dropped dead at the bus-stop, waiting for the No. 11

(*0) mariage arranger, private marriage agency.
*1 Chuppah: a canopy under which a Jewish couple stand for the duration of their wedding ceremony.
*2 Gefilte fish: stuffed carp, cod etc & vegetables, usually prepared for the Sabbath meal.
*3 Latkes: type of pancake made with potatoes. Delicious.
*4 To Schlepp: untranslateable! – to drag oneself; to carry a heavy load; a long, arduous journey.
(e.g. “I’m too exhausted to schlepp to Perpignan” / “It’s a schlepp to go to Maureillas – it’s so far”)