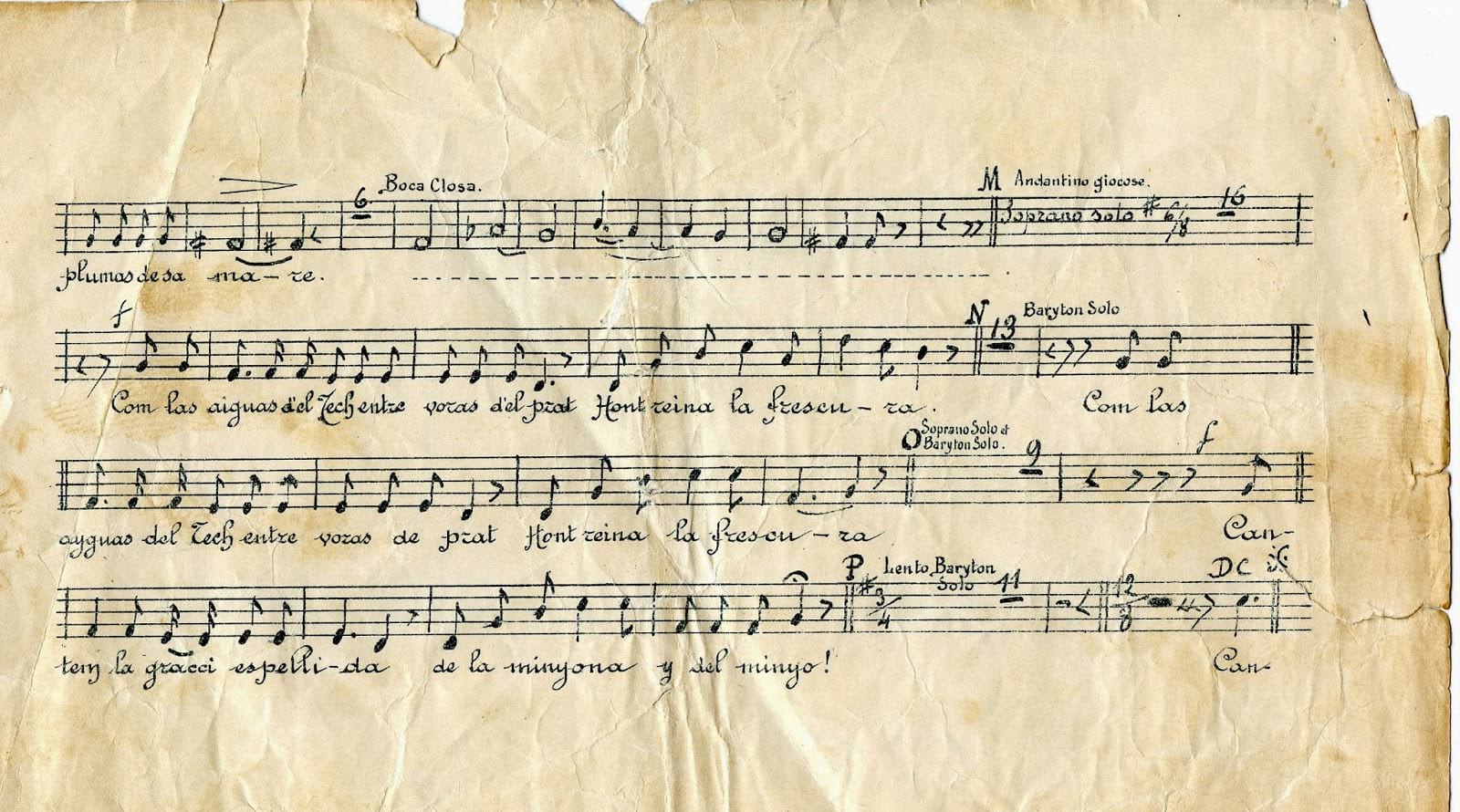 Son of aristocrat painter, Gilbert de Severac, he grew up surrounded by the arts. According to Christine Macé, coordinator of Músic Musée’s Department of Performing Arts, de Séverac’s ultimate vision lay at the “confluence of music and painting”.

After completing his studies in Paris, he arrived in Céret in 1909 and quickly settled in to the Catalan way of life, spending much of his time with friends such as Pablo Picasso and Picasso’s Cubist compadre, Georges Brach.

He became deeply enamored with his new home in Languedoc and in a letter to his poet friend, Jean Amade, he wrote that he “adores” le Vallespir and Ceret, and that Canigou is a “divine mountain.”

De Séverac’s love of Languedoc musical tradition and culture was soon joined by an equally strong fascination with Catalan music. He began to incorporate the sounds of coblas and the rhythmic patterns of the sardane into his compositions, which included opera, chorale and vocal music, as well as pieces for solo piano.

Each year, the town of Céret pays homage to the innovative composer with a day of conferences and concerts.

2018 will take a distinctly feminine perspective with an exhibition on Yvette Guilbert at the Musée MúSIC and two conferences on the women in his life: his wife, his sister, his mother, the wives and girlfriends of his artist friends…