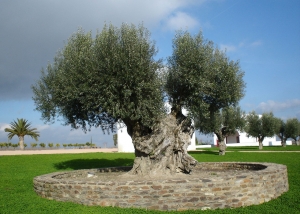 The olive tree was first noted, growing wild, more than 14,000 years ago and fossilised leaves going back as early as 8,00BC have been found in Roquevaire.

It’s actual cultivation started around 4000BC in Greece and eventually spread to other Mediterranean countries, finally crossing the ocean after the discovery of the Americas and taking root in California, Mexico, Chilli, South Africa and Australia. 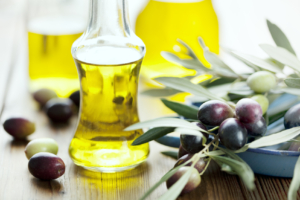 According to one Greek legend, the olive was the result of a quarrel between Athena, goddess of wisdom and science, and Poseidon, god of the sea.

The story goes that the two of them were arguing over the protection of a new town.

In order to resolve the dispute, Zeus suggested that each make a gift to humanity and the god judged to have created the most useful gift would be granted the right to protect the town.

Poseidon touched a rock and out leapt a magnificent horse capable of carrying many riders and arms.

Athena touched a piece of land and brought out a tree which could feed, heal wounds and colds, and live forever. She was pronounced the winner and given the protection of the town which bears her name, Athens.