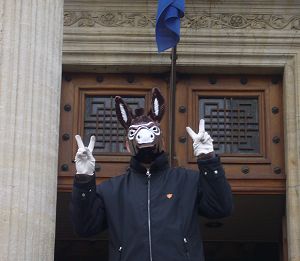 ‘Omnia Gallia in tres partes divisa est’, which Latin learners will know, begins Julius Caesar’s “Commentaries on the Gallic War” and means “All Gaul is divided into three parts”.

Written in 58 BC, Caesar’s military division was by the fierceness of the Gauls who opposed him. He omitted some parts, and as any modern reader of Asterix knows, didn’t conquer them all.

Moreover, even in Caesar’s time, Gaul had at least five parts, one of which was Gallia Narbonensis that the Roman bureaucracy further subdivided, calling its western region Septimanie, after its seven cities: Agde, Béziers, Elne, Lodève, Manguelonne, Narbonne and Nîmes.

Through the centuries, the rule of Septimanie changed several times, in step with the wars of the region. Its name remained unchanged until the Middle Ages, when its southernmost part became known as Roussillon and the rest of it as Lauguedoc. Those names persisted.

The Pyrénées-Orientales and four other Departments comprise today’s Languedoc-Roussillon Region.

Then on 28 March 2004, long-serving Montpellier mayor Georges Frêche became President of the Regional Council. One of his first steps was to recommend that the Region revert to its ancient name. So the Council began extensive use of the name Septimanie.

The change was unpopular, to say the least. There were protests throughout the Region. A petition against the change collected 45,000 signatures. In the summer of 2005, Bloc Catalá, The Catalan Nationalist Party in Roussillon, created a protesting mascot, Burro Masqué, a donkey with a mask said to symbolise its hiding from the President.

The donkey’s message hit home: on Saturday, 8 October, a protest demonstration in Perpignan drew some 8,000 people. Faced with such unpopularity, President Frêche revoked the change. The masked donkey might then have rested. It didn’t.

Now promoted by Amics du Buro Masqué (the Friends of the Masked Donkey), it brays about other Catalan nationalist issues, such as the star logo introduced on the new regional plates that the Friends say is ‘sans ame’ (without a soul) and should be replaced with the Catalan colours.