We thought this week would be a fairly quiet one in the world of currency… how wrong we were.

UK Prime Minister Theresa May delivered a major bombshell on Tuesday morning when she announced the intention to hold a snap election on June 8th. The news sent shockwaves through the currency market and sent the pound to a succession of multi-week and multi-month highs.

Are more pound gains on the way?

UK data releases are in pretty short supply this week, so we returned from the Easter break assuming that pound movement would be fairly minimal.

As it happened, PM Theresa May unexpectedly put a cat among the pigeons and inspired some of the pound’s best gains since the EU referendum last year.

May had previously asserted that there would be no election before 2020 so her sudden turnaround was surprising to say the least.

May stated; ‘Division in Westminster will risk our ability to make a success of Brexit and it will cause damaging uncertainty and instability to the country. So we need a general election and we need one now, because we have at this moment a one-off chance to get this done while the European Union agrees its negotiating position and before the detailed talks begin.’

At the moment it is expected that the election will see PM May gain a larger majority in parliament, an outcome which would improve the government’s ability to follow through with the aims of its Brexit negotiations.

This morning’s Eurozone inflation data is unlikely to have much of an impact on the euro, given that it is forecast to confirm that the region’s CPI printed at 1.5% on the year and 0.8% on the month in March.

While the Fed’s Beige Book could inspire some GBP/USD fluctuations later in the day it would need to contain some seriously sensational information to counter the impact of this week’s UK election shocker.

We are likely to see volatility in the GBP/NZD pairing however after New Zealand publishes its inflation report for the first quarter.

We’re here to talk currency whenever you need us, so get in touch if you want to know more about the latest news or how it could impact your currency transfers.

CHECK OUT THE RATE 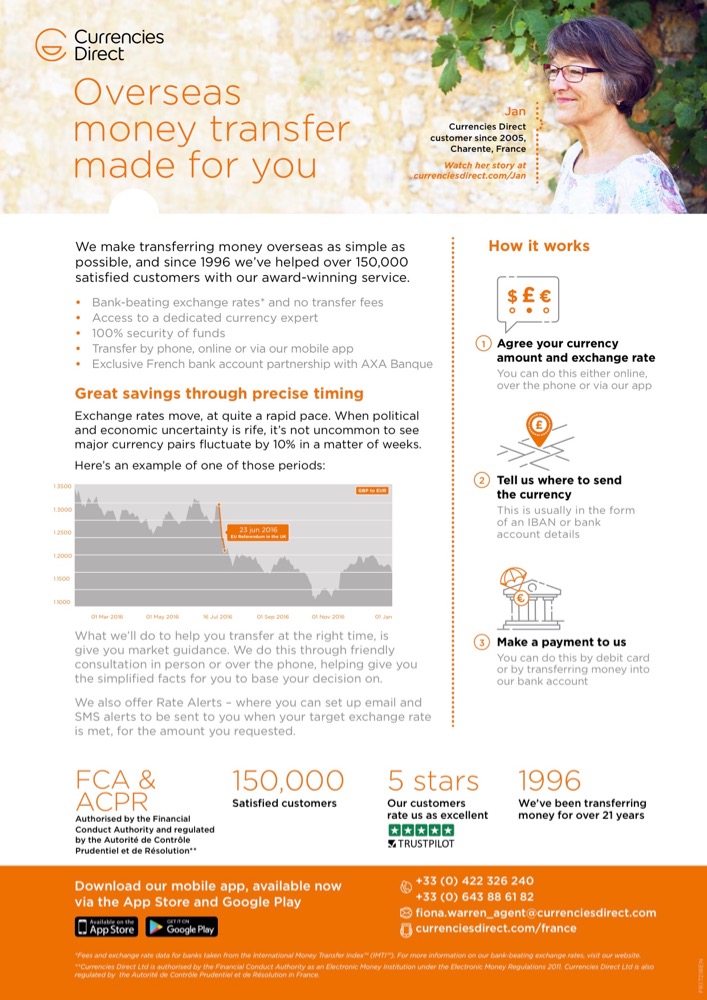