Tentatively out and about with Tony Goodman

Considered to be one of Hayden’s finest pieces, Acis et Galatea is a short opera retelling a tale of love and jealousy during the golden age of Greek mythology. Covered by some of the greatest artists, being a small opera has allowed it to be re-imagined in different setting. This version, staged by the Irish National Opera has the drama playing out in an Irish pub.

Diana Baroni Trio featured at the first of two concerts over the weekend. Held at Monastir del Camp at Passa, the venue itself was worth the visit. The ancient chapel was perfect for the blend of classic South American and African music Unamplified, the trio generated a purity of tones you just don’t get when using electronics.. The high vaulted ceiling gave the concert an almost ethereal feeling as the sound resonated around our ears. Exiting we saw a few campervans parked up for the evening, a brilliant solution to avoid travelling during the curfew. 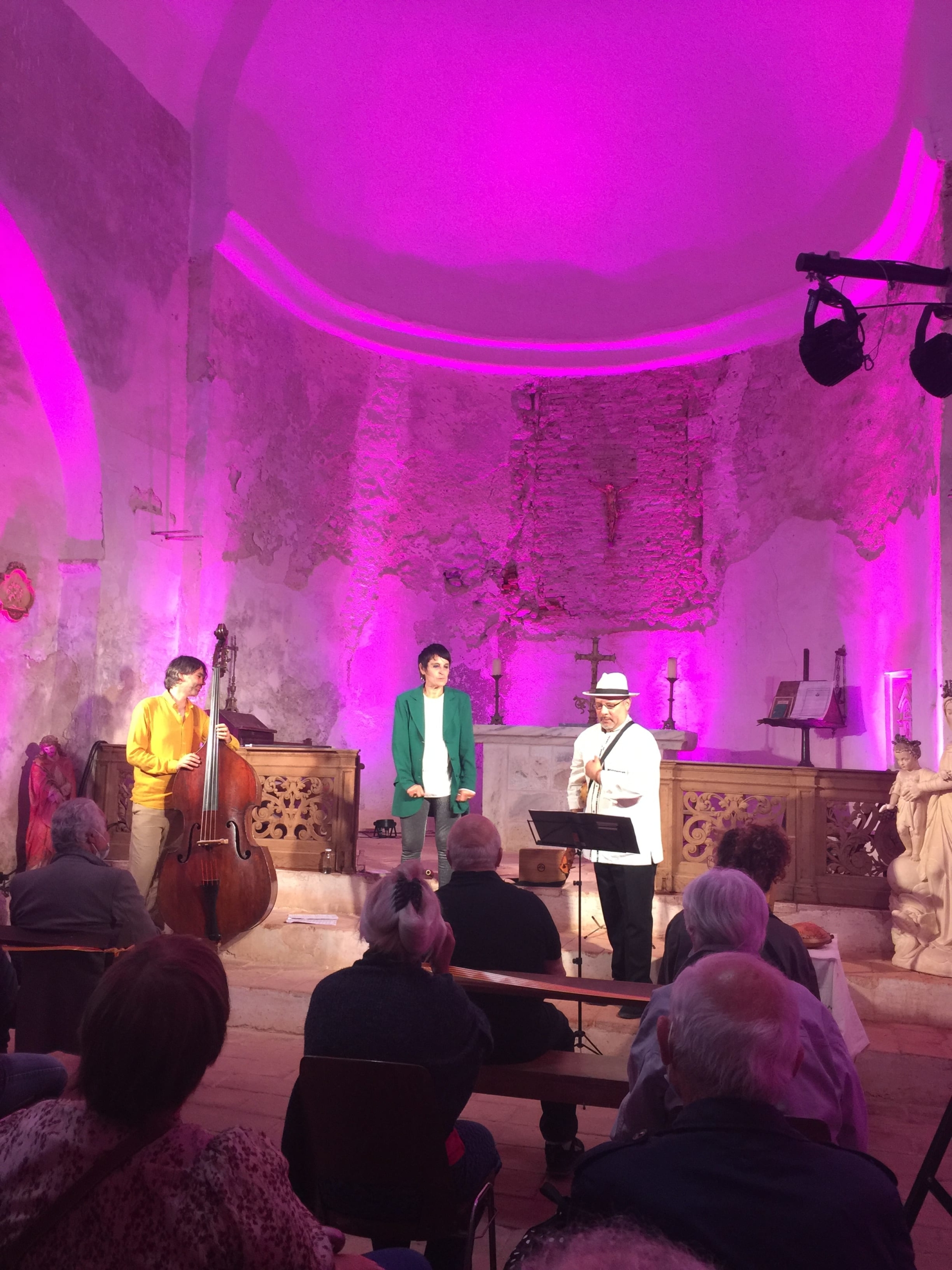 Diana Saliceti Trio was the second concert at Salles des Fêtes, Trouillas. A mixed repertoire of original material with influences from around the globe and traditional Corsican airs. Plenty of passion in Ms Saliceti vocals, Aurore Voilque’s violin was great fun and Jerome Ciosi precise and colorful guitar work was very effective. 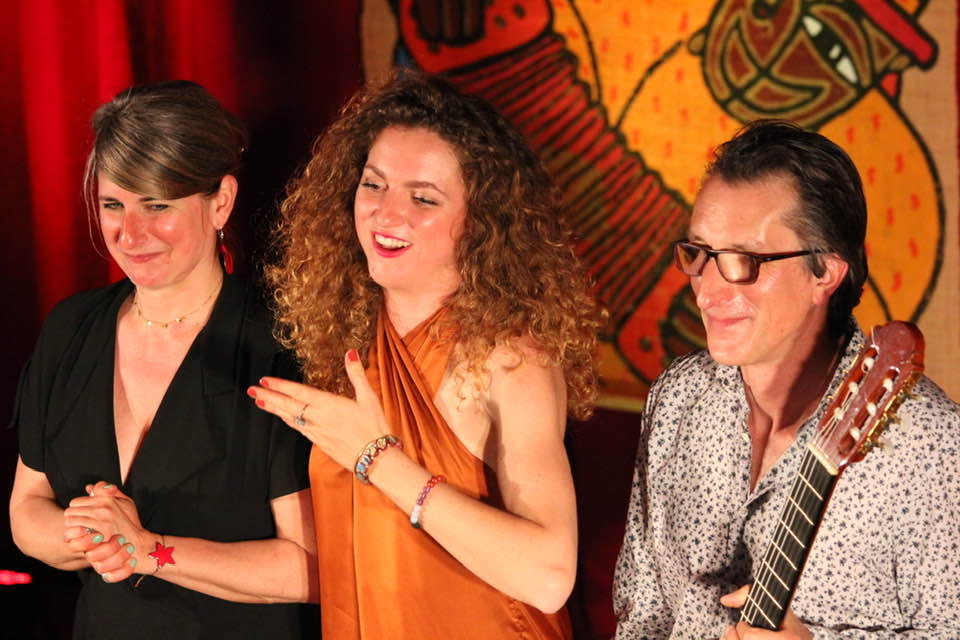 Its back to my early morning silent solitary laps in the Mediterranean’s soft silky waves. Though at the moment with the temperature being almost artic, diving in is more like a slap in the face with a haddock. A test of willpower. As the replenishment work at Ste Marie is ongoing, we’ve been frequenting Canet Plage’s lovely soft sand. Arriving early on Sunday morning despite the early hour it was great to see Canet’s market ready for trade, it seems so much happier in it’s new location.

A neighbour who knows we do like our fish gave us this very simple recipe to take advantage of an abundance of fennel which has sprung up in a pot on the terrace.

Purchase a larger than normal bar/sea bass from a good quality fish monger or dockside stalls. Ask the fishmonger to clean and de-scale it and including removing the gills. The fish needs to be extra clean to allow the slight aniseed flavour to come through so give it another good clean once home under plenty of cold running water.

Make a mix of one part olive oil and three parts good quality dry white wine. Our local Muscat Sec or Grenache Blanc works brilliantly. Almost cover the fish with the mix then arrange around the fish sliced red onions, small potatoes, a few small mushrooms and for those so inclined some thin slices of garlic and medium strength chillies. Don’t over do the chilli and garlic and don’t substitute red peppers as they are too sweet. This dish is all about the fennel’s aniseed.

Pre heat the oven to around 200°C, a good sized fish may take an hour. Check the fish from time to time as you may need to add water.

A few minutes at the end, place the dish under a hot grill to give it some colour. Just before serving add a faint splash of Pernod or similar into the juice around the fish, not on the fish  and allow a minute or two for the alcohol to evaporate. Garnish with chopped parsley and serve.

While it’s a one dish fish dinner, a few extra potatoes on the side always works. Accompany with a good quality light dry white wine, such as Chateau du Mas Deu’s Cuvée du Poète. 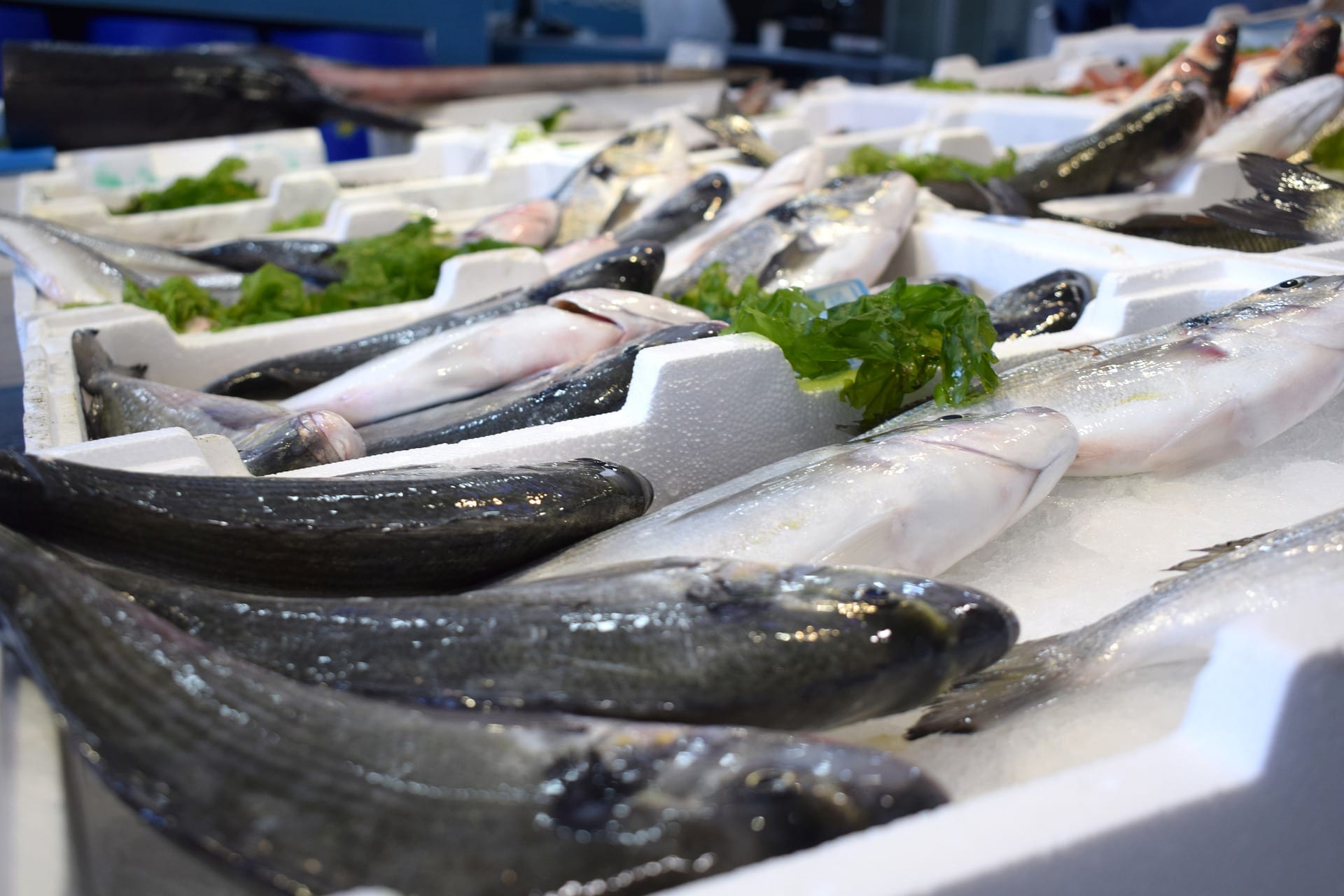 Comments and questions to