Summer is well and truly here and if you’re finding the heat too much, why not celebrate her arrival in higher altitudes and picnic on the slopes of a conjuratory? 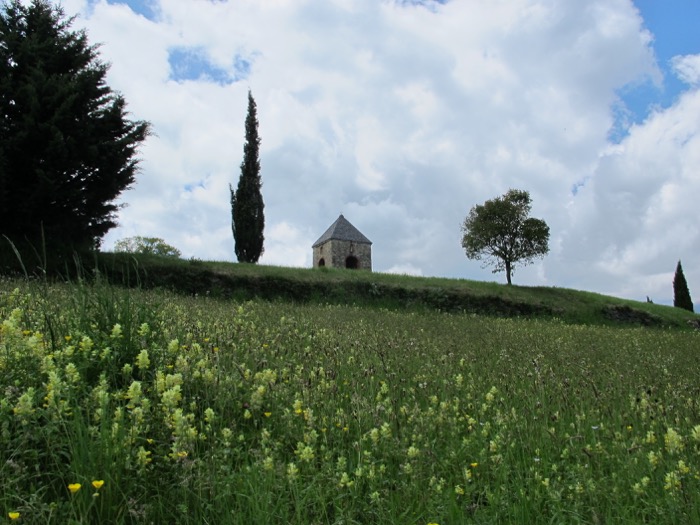 Leave behind crowded beaches and the steaming heat of the Roussillon plains and head for the cool valley of the Tech River where the Vallespir peaks cast shadows even on the hottest day.

Serralongue is a tiny village nestled in a hollow of mountains, just ten minutes before France’s southernmost point. Cobbled roads, old stone houses and several buildings of historical interest await you in this tranquil oasis. 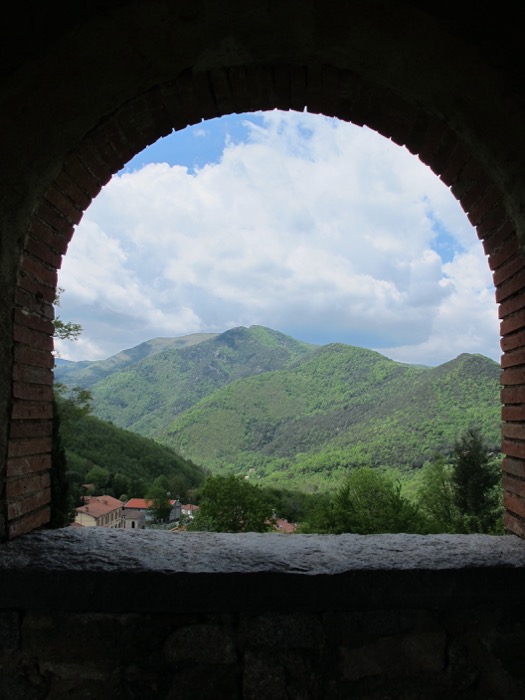 Head for Céret and follow signs to the D115, direction Amélie-les-Bains. (See inset for detailed directions.) It’s a beautiful drive along the river and through a valley that’s always luscious, even in the height of summer. Once past the town of Arles-sur-Tech, Mother Nature’s mantle of green drapes both sides of the road, and only the occasional hamlet, or stone houses in impossible-to-reach spots are reminders that people live in this untamed corner of the Pyrénées-Orientales. 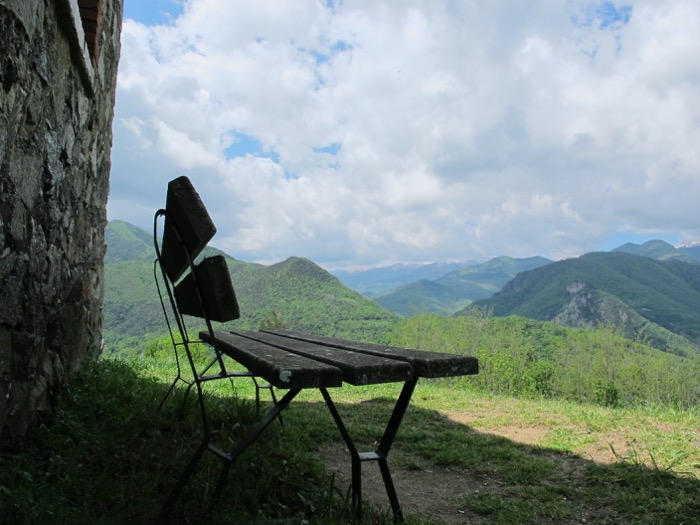 Turn left into the D44 towards Lamanère and Serralongue. Once at Serralongue, follow signs to the “conjurador” and park next to the church.

The conjuratory, a small square building, perches on a small hill just above the church. Each wall has an opening that faces one of the cardinal points, and centuries ago, when bad weather threatened, ceremonies were held inside in the direction of the oncoming storm.

The 360° views through these arched openings are spectacular. 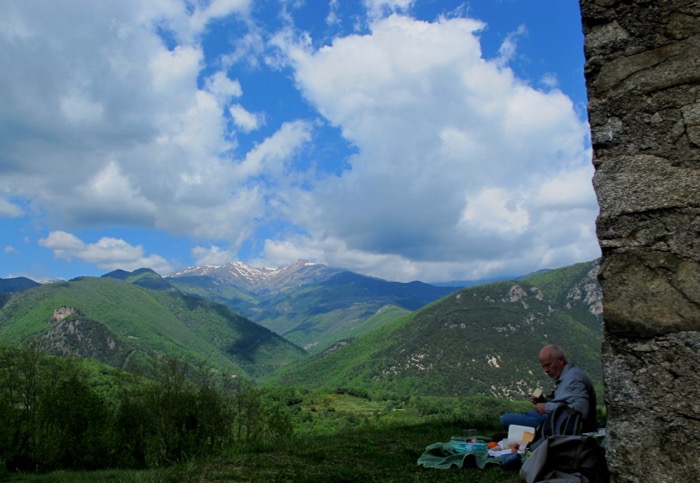 Look out the northern “window” and you might see vestiges of snow on the flanks of Mount Canigou. Look west, over Serralongue’s terracotta rooftops, and you’ll see hills in every shade of green disappearing into the distance. 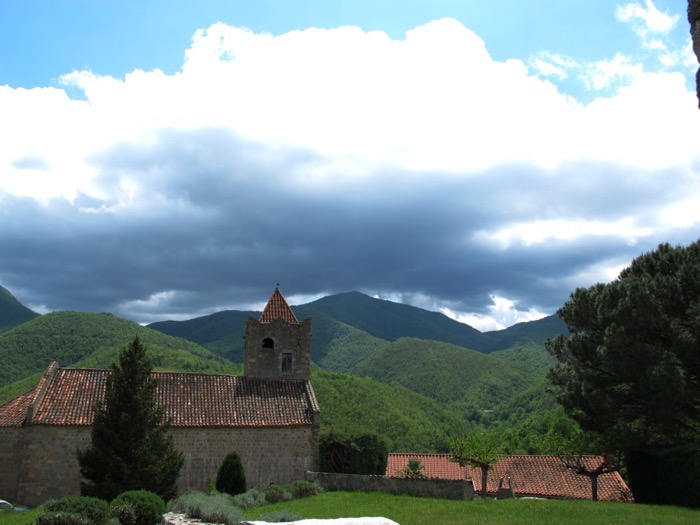 The conjuratory overlooks both the village and its church and no matter what time you arrive, one of its walls will provide shade. There’s even a north-facing bench for those who prefer picnicking in comfort.

Above you, eagles catch thermals as they search for lunch, and closer by, birds and cicadas are your spirited picnic minstrels. Throw a blanket on the ground, lean against the wall of the conjuratory and soak in the pastoral beauty of Serralongue. Bon appétit!

How To Get There

☛   Time needed: an hour’s drive from Céret.
☛  Head for Céret, follow directions to the D115, direction Amélie-les-Bains and Arles-sur-Tech.
☛   Drive through Amélie-les-Bains and Arles-sur-Tech then take D44 turn-off to Lamanère/ Serralongue.
☛  30 minutes later, you’ll arrive at Serralongue.
☛  Turn left (after the bins) at the signs to the church (Eglise) and the conjuratory (Conjurador).
☛  Park next to the church and you’ll see the conjuratory above the parking area – a few minutes easy stroll.

Originally pagan, ceremonies were held inside to ward off danger from calamitous weather, like excessive rain, hail or drought that could ruin the harvests. 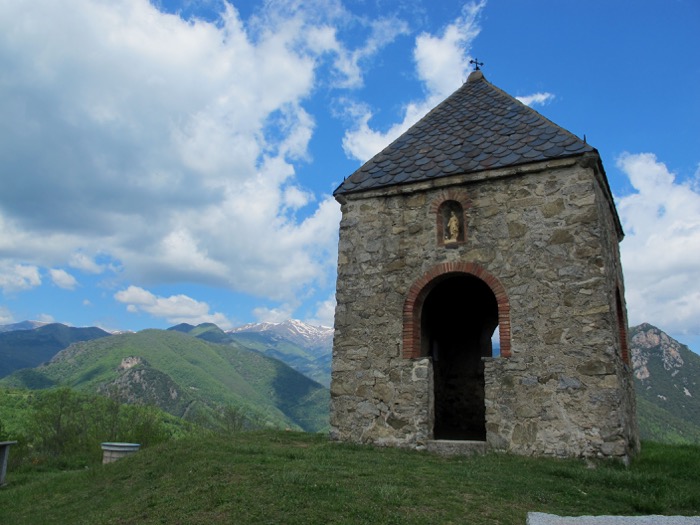 Three key rivers traverse the Pyrenees-Orientales towards the sea:
The Agly River starts in Aude, winds through the magnificent Gorges de Galamus and ends in the tiny coastal village of Bourdigou.
The Têt River is the PO’s longest river, flows from Lac de Bouillouse and winds through the centre of Perpignan.
The Tech River starts over the border in Spain, flows under the Pont du Diable in Céret, and ends in the sea near Argelès-sur-Mer.