Chapter 2: Survival!
Many things in Mad Bob’s world were fake or in urgent need of repair.

We helped him drag an antique generator out of a shed and he would coax it into life each evening using petrol siphoned out of various old cars now buried in snow. For two hours we could read by the dim lamps and charge up our
laptops.

We had wi fi, as long as we took turns to climb up on the kitchen roof and sweep the satellite dish clear of snow. But, since the water from the spring and the river was pumped, we had no running water. Anyone who has ever tried to flush a lavatory with snow will know how challenging that is.

There was a tank of drinking water to be rationed. And there was Calor gas. At least we could cook.

Mad Bob was in his element. He ordered the priorities in our life with military precision. Keep warm, keep moving, ration the water, open freezers once a day only. There was an apparently bottomless supply of wine and when he had freely partaken of this, he became expansive, relating stories of derring do in the deserts, jungles and polar ice caps of his army career.

We began to go to bed very early, preferable to sharing the chilly vastness of the salon with six wet dogs, a whole wall of caged birds and Mad Bob in his cups. 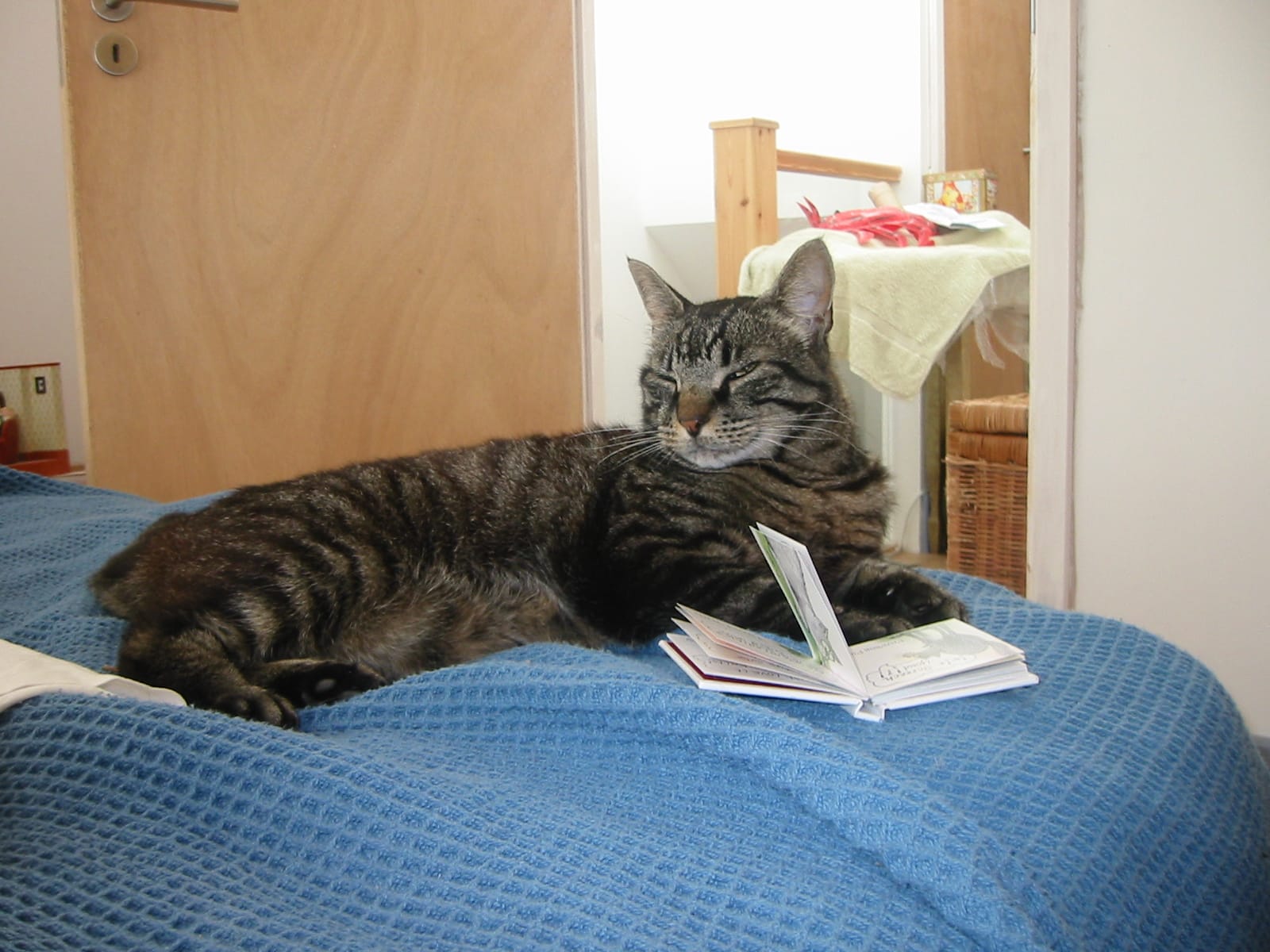 The Cat was always glad to see us at bedtime. I felt sorry for him. Confined to a bedroom which resembled the set of a low budget play about Marie Antoinette, he spent his days on the window sill, batting furiously at the snowflakes. He
loved snow.

I remembered his first winter and his excitement when he found he could dig holes and rush through it like a little tornado. We had uprooted him, and now imprisoned him. I felt guilty.

Four uncomfortable days passed before the thaw came, filling every bucket and bowl from the leaks in the back kitchen roof and some of the bedrooms. EDF fixed the pylon and Mad Bob left for Paris, leaving a lengthy job list and a small
float for dog food.

Sharing, as usual, too much information, he had confided that he and his girlfriend were about to have assisted conception. Because of their ages, he wasn’t hopeful. ‘Giving it a go. Ding ding ding!’

The late start meant I had to throw myself into planting.

But before I could go to the plot each morning there was the little matter of exercising the horse. She was too small to be ridden, her legs so short that the first time I saw her I thought she was standing in a ditch.

She had been purchased, Mad Bob explained, for the child of a young woman from the village with whom he had had a liaison.

The balcony of the gîte overlooked the bergerie, and the horse would stand below at dawn, bellowing, until I came down. The Cat would stalk off inside, disgusted. 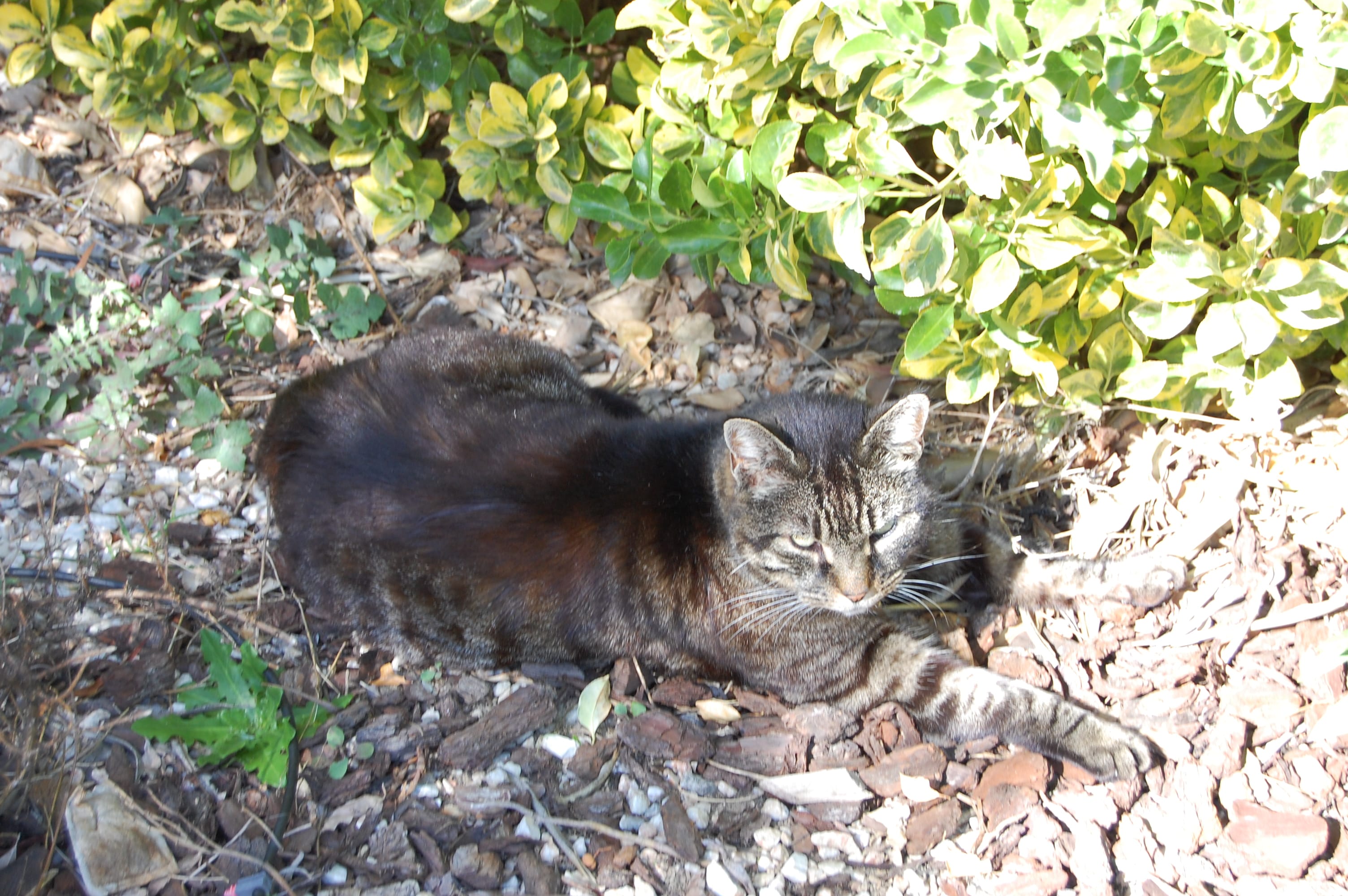 This horse was the most stubborn animal I have ever met, including the donkeys. We would set off, stopping when she saw a tasty looking plant, dragging me through a hedge if she spotted a choice lump of grass. Once set on a course, nothing would change her mind. It was the first and last time I have taken a stick to an animal. It made no difference. After an hour or so she would remember she hadn’t had breakfast and gallop back to the bergerie, me hanging on to her halter for dear life.

It was exhausting. So was the gardening. Weeding the grounds was like painting the Forth Bridge. The rose garden, a mass of bindweed and ground elder, alive with wasps, was a marathon task all by itself. And yet on a recent visit, Mad Bob had declared himself ‘disappointed’ by our efforts. I was
flabbergasted.

The drive, as he grandly called the track, was overgrown. Were we spending too much time on growing vegetables?

Since that visit, several disturbing things had happened. At his request, we located a scrap of paper with an address he needed. Underneath this was a letter from the bank, making it clear that 99% of the property was owned by them, and that the remaining 1% would soon join the rest unless something was done. At once.

While I was moving this stack of papers in his ‘office’ – a bathroom now hors de service, as he put it – I found the gun. It was a well oiled and maintained service revolver. It mightn’t have seemed so sinister if I hadn’t recently come across the grave; dog sized, freshly dug and marked with a stone. We hadn’t seen Goat Killer, He’d run off when Mad Bob released him, we assumed. The dogs were always disappearing and would turn up, covered in mud, pondweed dangling from their ears. It was hard to keep track.

I would find him waiting by our door each morning. He would plod alongside me while I suffered horse harassment.

The next event involved Easter and a dog we called Henri the Hard On because of his permanent state of, well, excitement.

I was doing battle in the rose garden one morning when ear splitting yelps and barks shattered the peace. Throwing down the clippers, I rushed back. Easter lay on the terrace, covered in blood. Next to him, Henri and Spaniel Ears were stuck together, facing in opposite directions, yelping and squealing.

Enter my husband at speed, hose in hand. A well aimed jet of water dampened Henri’s ardour. He broke free, shot off, and that was the last we saw of him.

Poor Easter. The wounds were superficial, mainly on his ears, but he was in shock. It was days before we could get him to leave the house.

Spaniel Ears became a shadow, hiding away. Her tummy swelled.
Bob’s tone was accusatory. ‘Pups!’ he yelled down the phone. ‘Pups! Bad move!’ Like it was my fault. I hadn’t even realised she was a female, poor little dog.