Join  Marian Thornley every week as she shares the ups and downs and sideways of her move to, and life in, Céret

As everyone who lives in France will know, the summer solstice is celebrated in this country in a unique way. Across the land, in every town and village, people come together to celebrate with music. Young and old, those accomplished and those less so, all join in to create an evening of rock’n’roll, folk, flamenco and above all to have, as far as possible, a darn good time.

Over the years, Rosie and Mole had become good friends. Both had attended my yoga classes and through them we learned about the music festival. A highly talented couple, they organise musical events in Maureillas as well as composing, directing, playing in their own ensemble and singing too. 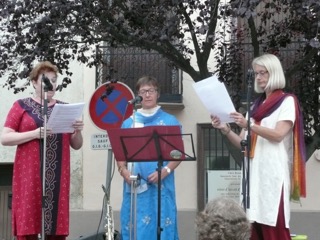 After the Vedic chant group had been running for a couple of years, I wondered if some strange Indian music might not be too out of place. Most people might hesitate to describe Vedic chant as music, and to be honest, I wouldn’t blame them. It has only three notes and for this reason, someone as unmusical as myself is able to learn how to do it. But as far as I could gather, the music festival is meant to be an all-embracing affair — participation more important than virtuosity and all that — so I asked Rosie if we could have a slot in which to display our talents. 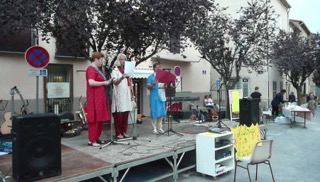 I outlined my plan at the next chant group meeting  — to silence. Some members laughed a little nervously while others looked distinctly frightened.

“Come on, it’ll be fun,” I said. “Nobody is more scared of public performance than me, but we’re pretty reasonable now, and we’ve plenty of time to practice.”

We selected which chants we would use, and how we would perform them, one very famous Vedic chant, the Gayatri, and another one which was repetitive, which we could split into parts, and even introduce the use of an instrument — a small bell.

The following month, one person emailed to tell me they didn’t have time for the chant group any more. Fair enough. We were down to four. Brigitte had scanned and reprinted the long chant, with different colours to show who was to do what, and on we went, practising hard.

The following month, someone else emailed to say she didn’t want to do chanting any more, and please could I erase her name for ever and ever from my address book? “Please don’t contact me again!” she said. Fair enough. We were down to three. Rosie had booked us three separate slots during the evening in Maureillas, and I hoped my two remaining chanters were feeling courageous.

We decided to enter into the spirit of the thing and wear some of the Indian clothing I had brought back from India and so, full of trepidation, we sat in the square in Maureillas, clad in salwar kameez, feeling very embarrassed as we awaited our turn. It was a bit like waiting for the guillotine. A few locals gave us funny looks as we walked up to the stage. Then we were faced with the microphones — none of us had ever used them before and this felt very strange, not being able to hear what the others were doing. I noticed Mole’s face, as he fiddled with the knobs below us — and his expression didn’t exactly fill me with confidence.

With an ‘oh-my-god-I-don’t-know-what-I’m-doing-but-here-goes “OM” we were off, not daring to look up at the crowd, but concentrating on our parts. At the end of the first slot I noticed some local children had seated themselves cross-legged in front of the stage and were swaying to the music, forefingers joined to thumbs. I wasn’t sure if this was just good old audience participation or if there was an ironic edge there somewhere.

Goodness knows what the good folk of Maureillas made of it all but it was only at this juncture that I remembered the wise words of my own yoga teacher when I told him I would be moving to France (bear in mind that Marc is French). “France is a great place, there’s just one problem,” he said. 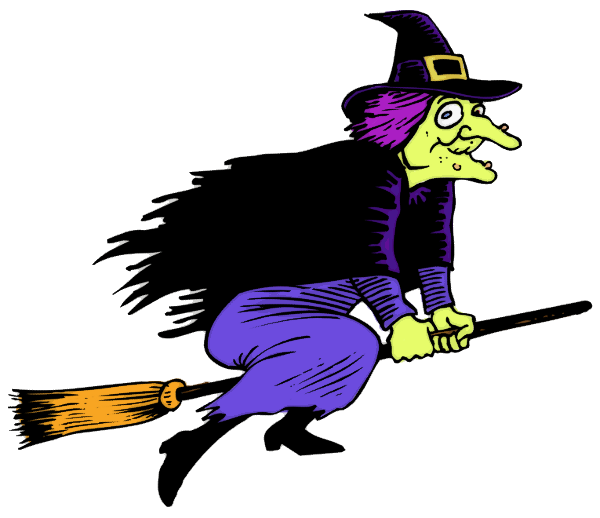 I laughed but he wasn’t smiling. “I mean it,” he continued. “Be careful. Don’t let them see you chanting or anything like that. They’ll think you’re a witch. Seriously.” Well, there is a strong tradition of witchcraft in the area and our house had all the signs of being witch proof. The upside-down latch on the barn door had been to confuse them, and the large metal spike at the top of the gable end had been placed there, apparently, to catch the skirts of the witch as she flew off. So, perhaps Mas Pallagourdi now had one in residence.