A Load of Bull and a Little Ass

Impossible around here to miss the donkey sticker on the back of many cars – and the bull stickers on others! In fact, the donkey is the symbol of Catalonia, North and South, whilst the bull is the unofficial national symbol of Spain.

The whole thing actually goes back to the Osborne sherry company who put up large black silhouetted images of a bull in semi-profile to advertise their sherry on sites near to major roads throughout Spain. 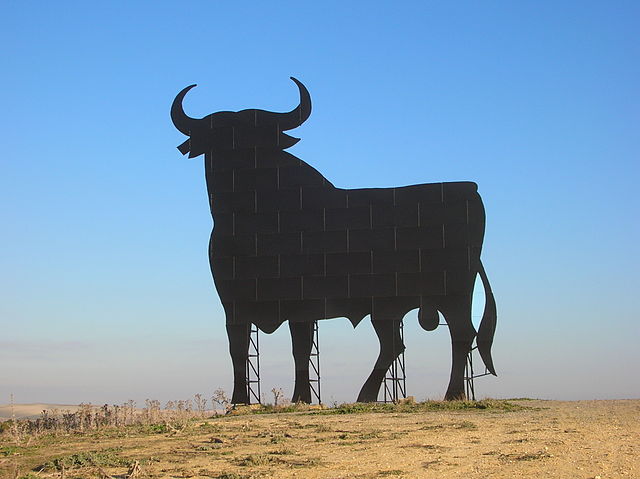 When a law was passed in the 1990s prohibiting roadside advertising, the bull was already nationally famous. The government accepted that these signs had become part of Spain’s cultural and artistic heritage, and agreed that the bulls would remain, but the name Osbourne would be removed.

There are now nearly one hundred examples of the Osborne bull advertisements, often sited on a low hilltop so as to be clearly silhouetted against the sky, but only two still bear the word Osborne – one being at the Jerez de la Frontera airport in Cadiz, and the other in the nearby town of El Puerto de Santa Maria, where Osborne headquarters are found. 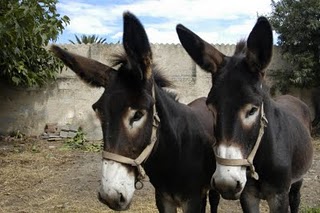 Car stickers and T shirts of the Osborne bull were by now all over Spain – a symbol of Spanish pride – so a small group of Catalans ‘hit back’ in 2003 by producing their own unofficial national symbol – el burro – a symbol of Catalonian pride!

Distinguishable by their height of 1,45m – 1,60m, the Catalan donkey is typically black or brown, with a white circle around the eyes, white nose and belly. They are also known to be stubborn, solid and agile.