We pushed open the gate to Jo’s house, carrying a chocolate cake purchased from the best boulangerie in town. It was her birthday, but the household was in chaos. Jo and Arthur were having an argument with a man from a company that had just installed new internal doors at very high cost. The doors had been installed but wouldn’t shut properly and Arthur was refusing to pay the remainder of the bill. It then transpired that neither of them knew what they had paid or what the total cost would be. We ransacked the house and the contracts turned up down the back of the sofa.

Our son and friend, who were en-route to Mongolia by pushbike, were using a ‘spot’ device whereby we would be able to see where on the globe they were. This came with various rescue facilities and had put my mind at rest about my son disappearing half way across the world on a bike. Hubby and I often checked the ‘blob’ and every day we could see it moving slowly eastwards across Europe. David and Richard found themselves cycling through the Bosnian forest in December and sent us the occasional photo home of their tent almost completely submerged in the snow. 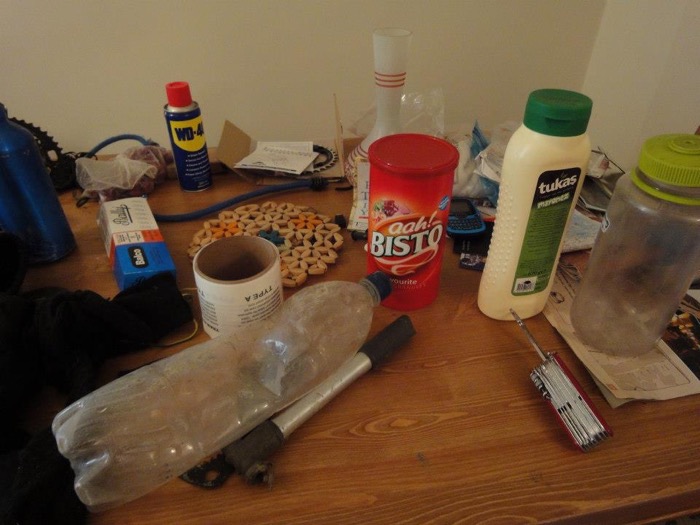 By Christmas they’d chanced upon a place where they could stay in the warm until after New Year. A few photos landed in my inbox of a tiny village made up of wooden cabins with steeply sloping roofs and crooked chimney pots. The son and friend had landed on their feet, making friends with the owner and doing turns in the quaint, hand-made wooden bar, serving beers to passing locals in return for food and lodging. The chap who had constructed the place preferred to sit in his studio, painting and was astounded that they had camped out in the forest. “There’s bears out there, you know,” he said.

We exchanged Christmas greetings and promised to fly out to Istanbul to meet up. Through January we checked the blob on a daily basis. We could see it flashing near Plovdiv, heading slowly but surely to Istanbul.

In February, as planned, we caught a flight to Istanbul. The bags were packed with Guinness, Lush soap and Bisto gravy granules rather than the luxury version (Grandma having failed in her mission). We took a taxi along fast roads to an apartment in the centre of this sprawling city. We were feeling very apprehensive, wondering if the boys had made it, especially along those dreadful roads. To our relief Richard’s face peered around the door. The flat was lovely but it seemed that all of the floor space was taken up with tents, sleeping bags and bike parts. 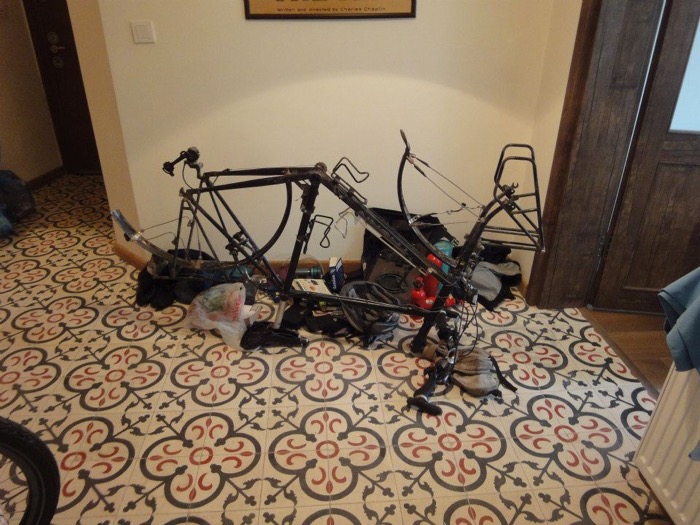 That evening the two cans of Guinness were opened, washing down Turkish pie, chips, cheese and gravy. The next day we explored our part of the city. Every pie shop that we passed the shopkeeper would wave and shout friendly greetings to Dave and Rich. They’d only been in the city a few days but appeared to be on first name terms with every pie shop owner in the place. “Just how many pies have you eaten?” I asked.

When we eventually arrived back in Ceret we found that nothing much had happened while we were away, other than the chickens had learned how to escape and had been flying over the fence to get into the veggie patch. Bill clipped their wings, and found, to his surprise, that after that they wouldn’t go near him.

Hubby had been thinking about breeding the Cameroon sheep and had selected a pure-bred ram from a farm in France which imported its stock from Germany. Our little ram was duly delivered by Monsieur Lafaille, a jovial man in his 60s, who arrived with a lamb in a box, the ram and two sheepdogs. After he’d gone and we’d paid our 500 euros, we watched our new arrival as our girls sniffed him gingerly. He was a good-looking boy with a lovely black belly and two good horns, so naturally we named him after our French accountant — Bruno. 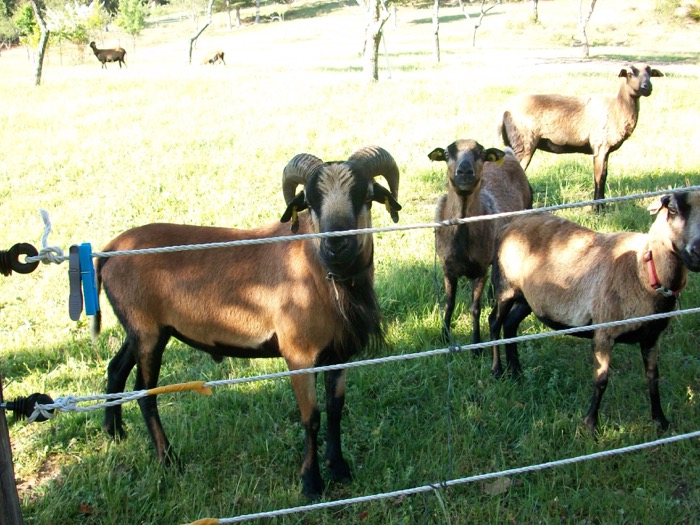 Watching our new arrival with satisfaction, we noticed he was limping. We soon discovered Bruno had foot rot, a contagious disease that had to be treated without delay. Monsieur Lafaille dismissed the matter with a curt email reply and I made a note not to deal with him again.

Walking Gyp along the Balcon Road who should we bump into but the old lady and her son. John flourished a handful of pamphlets. Some of these were pressed into our hands and before we knew it, we had agreed to go with them to Perpignan University for a talk on local flora and fauna. That night I had a nightmare involving lecture theatres and conversing in French.