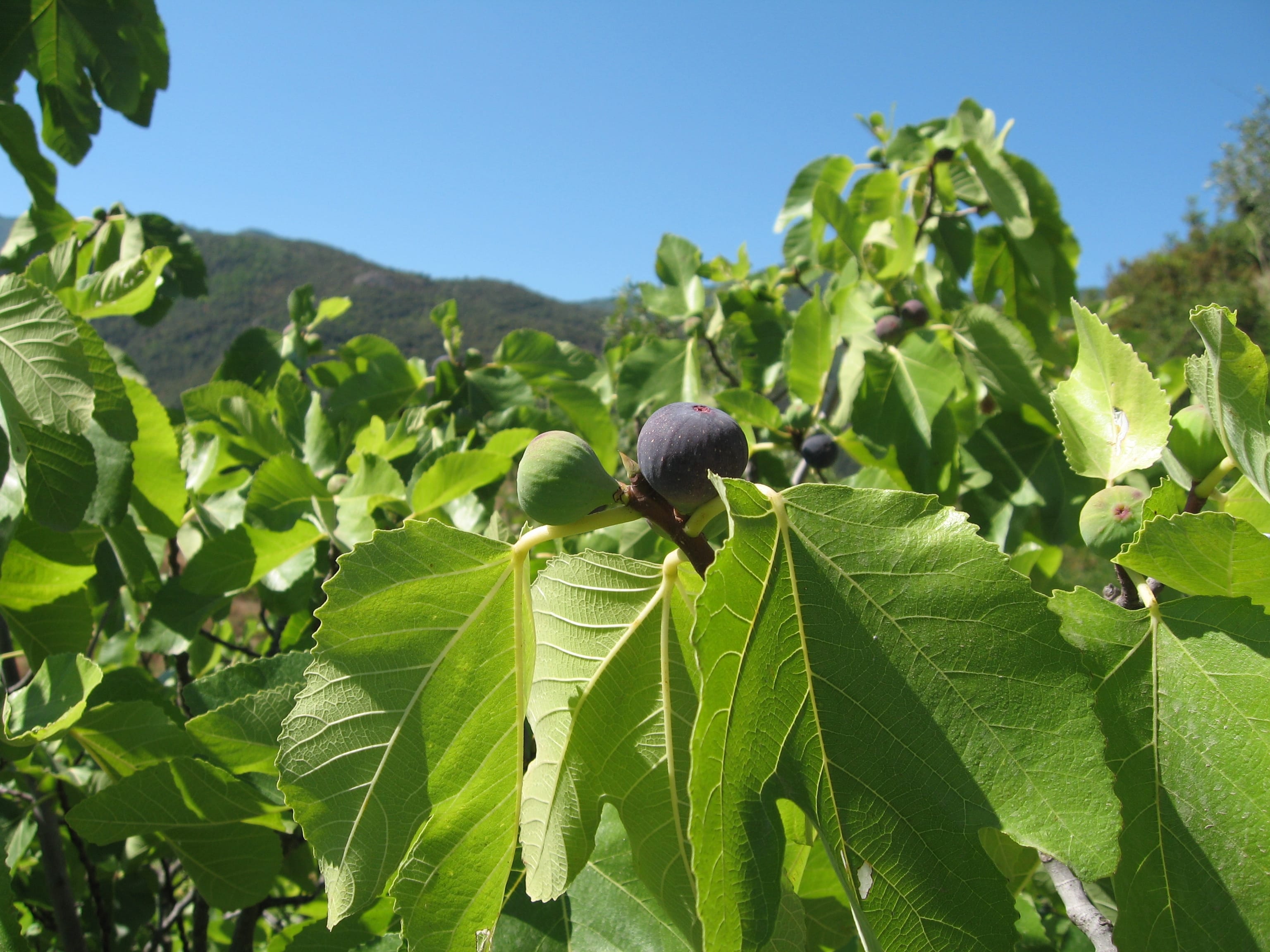 If you wander around the vines and cherry orchards of the PO in August or September,  you can’t  fail to notice the wild figs ripening on the small trees which grow to a height of 3-10 m tall. The leaves are deciduous.

Thought to be indigenous to western Asia, the edible fig is one of the first plants to have been cultivated by humans. Stone tablets dating back over 4,000 years record the use of figs in southern Iraq and the harvesting of figs is depicted in an Egyptian tomb painting from around 1,900 B.C.

In the Bible, Adam and Eve covered themselves with fig leaves after eating the “Forbidden fruit” from the Tree of Knowledge of good and evil. Likewise, fig leaves, or depictions of fig leaves, have long been used to cover the genitals of nude figures in painting and sculpture. Often these fig leaves were added by art collectors or exhibitors long after the original work was completed. The use of the fig leaf as a protector of modesty or shield of some kind has entered the language. 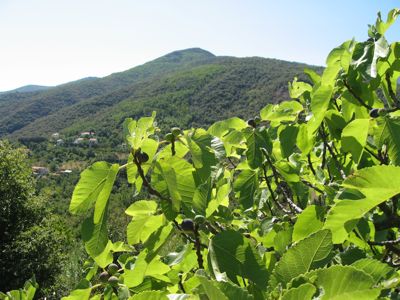 Figs were grown in Greece by the eighth century B.C. and taken to Spain, France, Portugal and North Africa with Arab conquests. Later they were spread via European invasions to Central America (sixteenth century), North America (seventeenth century) and Australia (eighteenth century).

Fig leaves have a characteristic sweet-green coconut-like fragrance, perceptible when close up to the sun-warmed trees or when handling the leaves. They have been extracted on a limited scale for perfumery use in Grasse and been described as having a woody, mossy scent. Dried fig leaves release an earthy scent and make good homemade potpourri.

French perfumers created “fig-leaf absolute” a thick, brownish-green liquid giving off a long lasting light woodland fragrance. However, Ifra (The International Fragrance Association) banned it due to its ‘sensitisation and phytotoxicity’ so don’t look out for it in the shops!

Health-wise, figs   are rich in minerals and a good source of potassium, manganese and iron. They also contain vitamins A, B and C and a decent amount of fibre. The leaves of the fig have been shown to have anti-diabetic properties and can actually reduce the amount of insulin needed by diabetics.

Figs must be picked ripe from the tree, as they don’t ripen well once picked A very firm fig is not ripe and will not properly ripen further. They also have a very short shelf life, so you should eat or freeze them within seven to 10 days of harvesting.…. or make them into this delicious and simple fig chutney which will keep for months.. 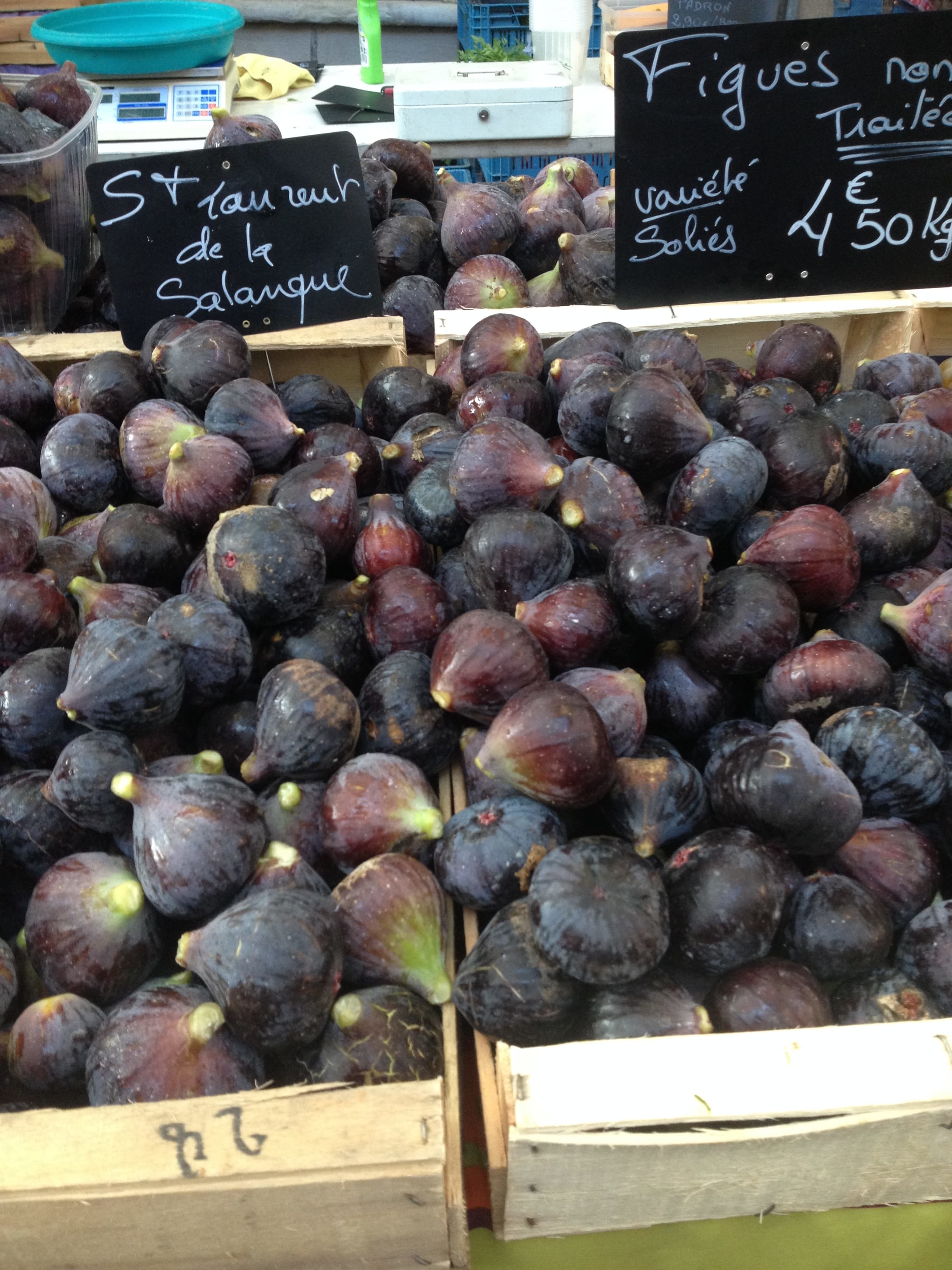 After harvesting, figs have a short life. Keep in the refrigerator and use within a day or two.

Wash them, towel them dry and store them in the freezer in zip-locked bags or trays to prevent them from getting squashed. Best frozen whole

Chose figs that are richly coloured, plump and soft but with unbroken skins. At peak ripeness they may be covered with a light, fuzzy bloom. A sour smell indicates figs that are past their best.

Wipe with a damp kitchen towel. If the stem end is hard, cut it off. To show figs at their best, halve them or cut a cross in the top and press your finger in to splay them out.