Out and about around Amélie les Bains

Most of us have visited the picturesque bustling mountain town of Amélie les Bains, but surrounding the town are also an astonishing number of charming villages, ancient chapels, amazing scenery, stunning views…. We can’t fit it all in but here are a few tasters.

If you’re looking for stunning views, follow signs up the Mondony valley, past the Salt de l’Aigua waterfall towards Montalba.

Mile after mile of narrow winding tree lined route, and moss covered stone bridges bring you to an ancient, abandoned building, a couple of cars, a dog barking nearby, a ‘propriété privé’ sign next to another suggesting you ‘try our homemade jam,’ a church, a graveyard…

that’s Montalba – or what’s left of it. 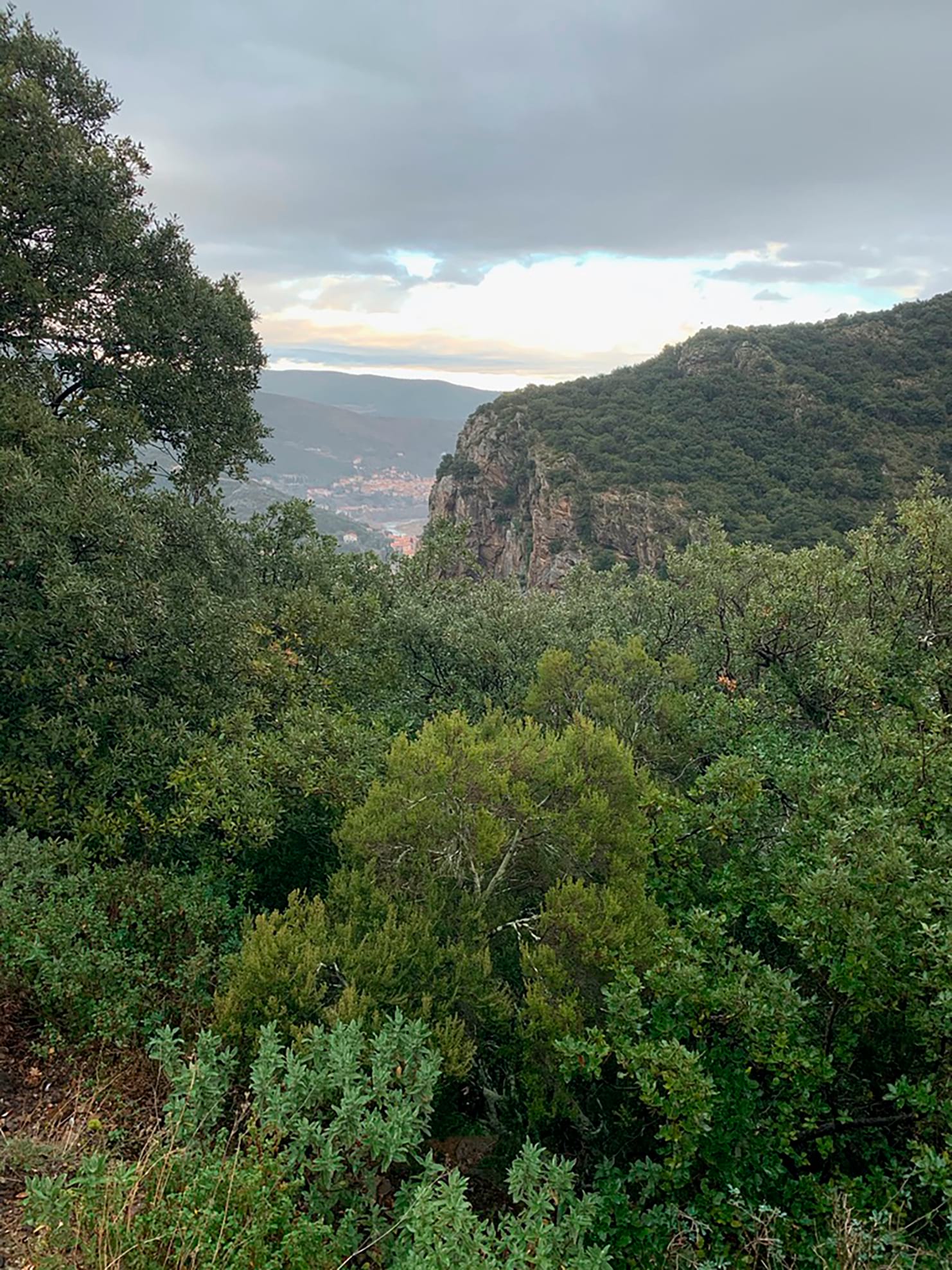 Once a château, first called Mont Doni then Mont Alba, this tiny hamlet known as Montalba d’Amélie is not  to be confused with Montalba le Château near Ille sur Têt!

But there’s more to Montalba than a cluster of abandoned buildings. The delightful 14th century chapel with gilded and carved wooden altarpiece looks out over massive views, the wrought iron crosses in the small graveyard bear touching witness to past life in this small hamlet. 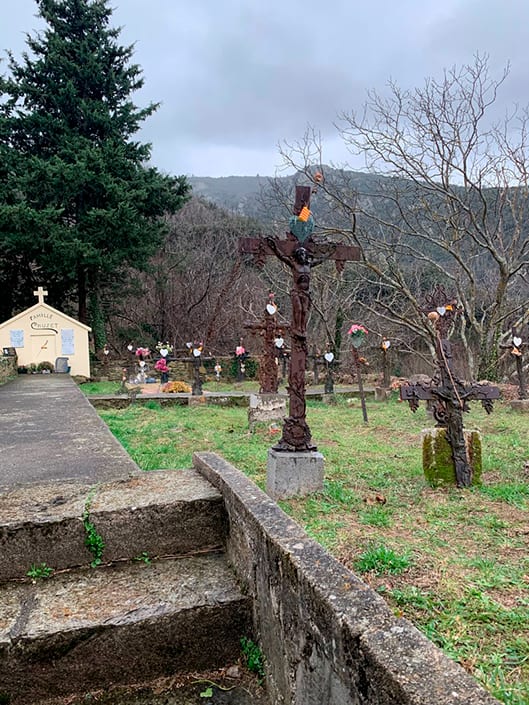 Dramatic walks of all levels head off from here with a walking trail all the way down to Amélie.

Maps available at the Tourist Office. 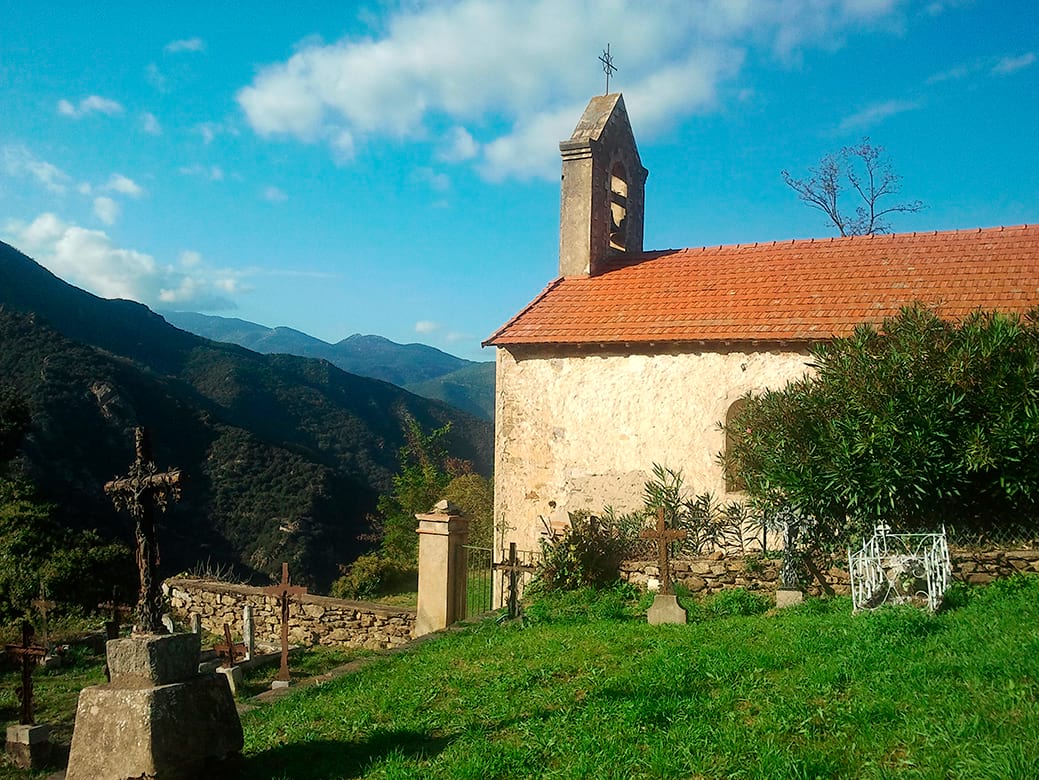 Other places to visit 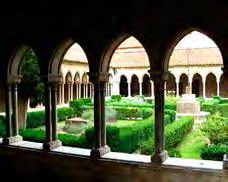 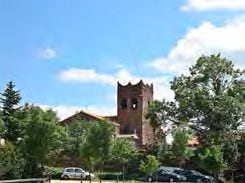 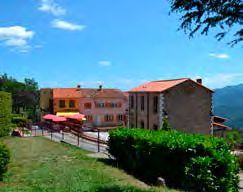 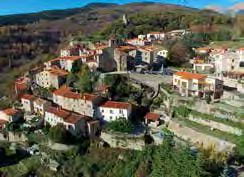 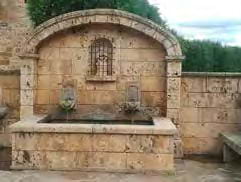 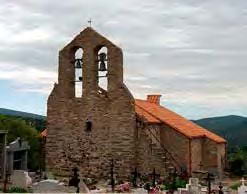 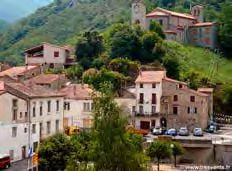 Built along the ‘Tech’ river, the lower part of the village was destroyed during the floods of 1940. Ste Cécile de Cos church, remains of 13th century signal tour, Tour de Cos, Chapelle de la Llau… 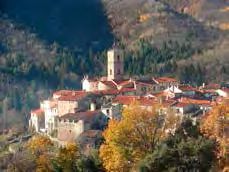 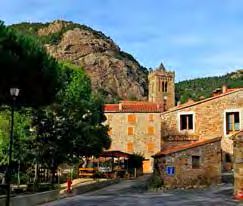 Picturesque medieval village on the border between France and Spain. Eglise Ste Marie, built on the ruins of chapel dating back to 370! 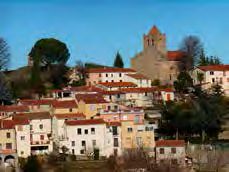 Cobbled roads and old stone houses nestled in the hollow of mountains with panoramic views. ‘Conjurador’ believed to appease the elements, fortified church. 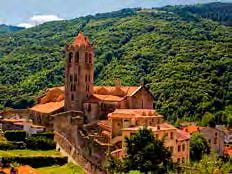