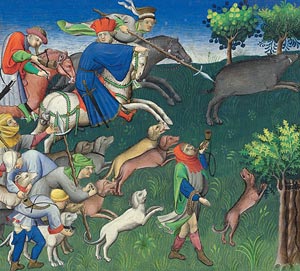 Love it or loathe it, (and I freely admit to being one of the latter) hunting has been going on in the Pyrénées Orientales since prehistory when Tautavel man caught lions on the plains of Roussillon with his bare hands.

Around the middle of August, men with dogs and guns in fluorescent orange gilets hang notices from trees warning the public that La Chasse has begun. The dogs are a hairy lot. Bells around their necks, bassets, griffons and beagles leap from the back of the vans and set off through the under- growth to flush out the game.

By mid September deer and moufflon, pheasant and partridge are also considered “fair game”. Luckily migrating birds are no longer on the list of permitted targets. The hunts are strictly controlled, each commune having its own hunt association.

Permits are required and can only be used in the commune in which the hunter resides. It is possible to get day cards from neighbouring communes and outsiders possessing international hunting permits can also apply for a day’s shooting. 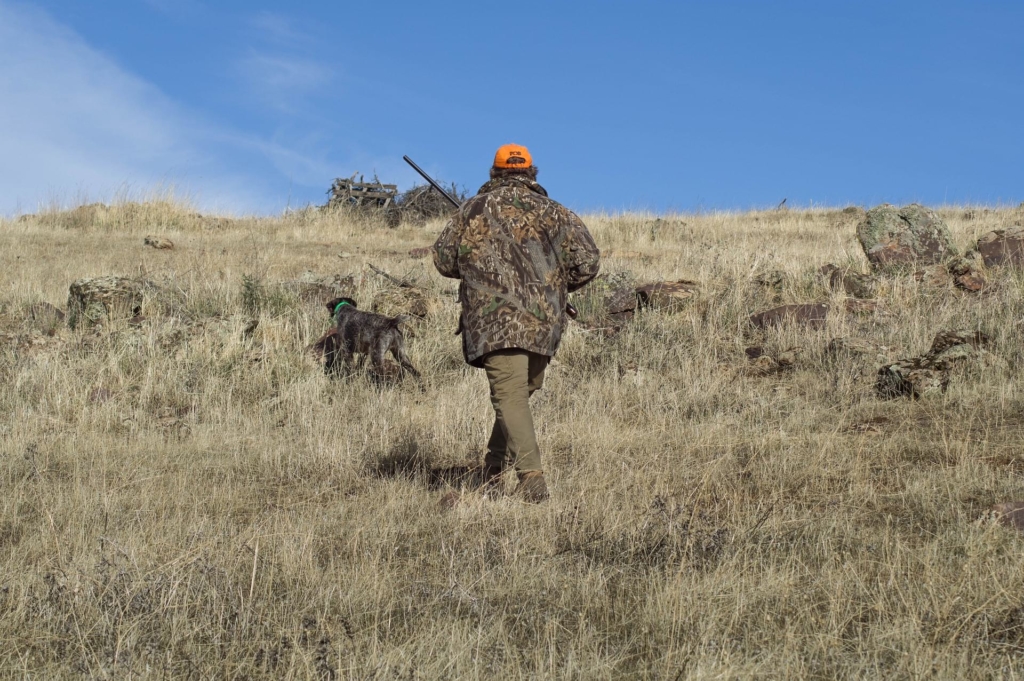 Hunters must take a training course and pass a theoretical and practical exam organised by the National Hunting and Wildlife Agency before they may legally obtain a licence. They must also carry proof of possession of legally required hunting insurance. (Assurance obligatoire de responsabilité civile)

The wild boar (sanglier) hunts that have turned many a peaceful Sunday walk into a nightmare for innocent ramblers are called ‘battues’, so named to describe the beating of woods and bushes to force the game to flee in the direction of waiting hunters who encircle the area. The battue is potentially dangerous! A male boar can weigh in at 150 kilos and have fearsome tusks. 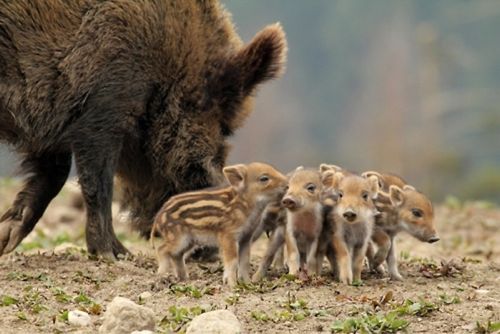 The population of both wild boar and deer has increased considerably in the P-O and with it the damage  caused to crop and pasture. According to a recent article in the Indépendant, hunters play an important ecological role in the maintenance of the countryside by keeping down a wild boar population which is responsible for increasing destruction of crops and our environment. More efficient fencing and intensive harvesting have been tried, but, so far, only hunting seems to provide effective damage control.

The hunting season is often extended by a month or more, to generate money from the hunting permits, to be given to the farmers to improve their fencing and limit the rampaging boar activity. 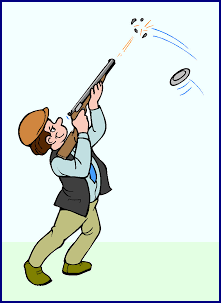 Of course, if you’re not keen on the killing, but like the idea of pointing a gun for fun, there is clay pigeon shooting or ‘ball trap‘, a sport which involves no blood,   pain and misery for anyone.