Well, not quite closed, but all the shops and businesses are. Here is an excerpt from a past October blog. 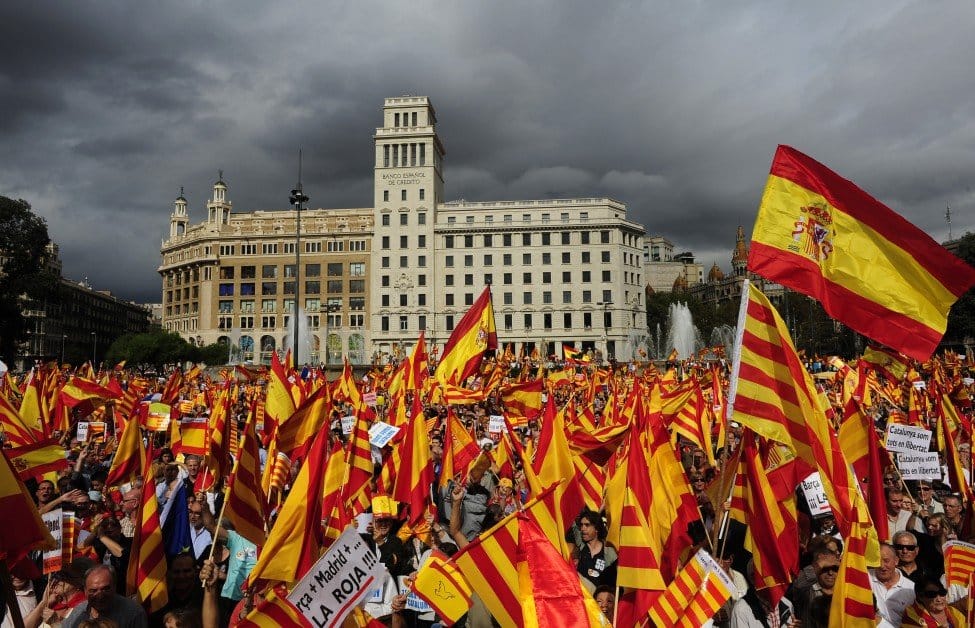 “Popped across the border (such a jet setter!) into Spain – then popped more or less straight back into France! Spain was closed. Yes it was, although it took us until Figuères to figuere it out.

We just assumed everything was closed until 15h…. then 16h….. then we caught on that something wasn’t quite right. After searching around for a warm living body in the deserted wastelands of the zone commerciale, we finally discovered (very painstakingly, in a mixture of French, Spanish, English German and Arabic) that today is ’Día de la Hispanidad’, Spain’s National Holiday, (also known as Hispanic Day or Fiesta Nacional de España) held annually on October 12th.

It commemorates the exact date when Christopher Columbus set foot in the Americas and there are apparently processions and parades throughout the country. Could have heard a pin drop in Figuères! They must have been partying like quiet little mice, the rascals. Anyway, put it in your diary – no shopping in Spain on this day, though there were more than the usual quota of roadside ladies on plastic chairs with parasols and very short skirts, to cater, I suppose, for all the very quiet parades and processions of people partying quietly.”

If October 12th falls on a Sunday, the authorities often change the holiday to a different date. If it falls on a Tuesday or Thursday, many businesses and organisations ‘faire le pont’ and close on Monday or  Friday, making a long weekend, so really not a good weekend to pop over the border!