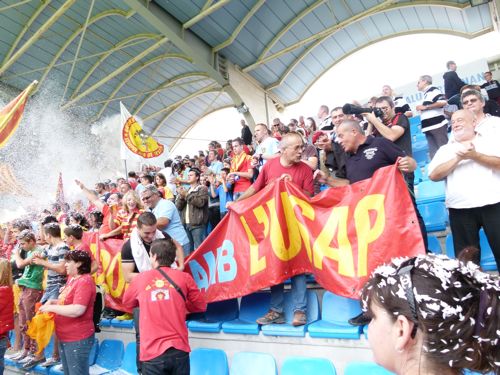 After a lacklustre first half USAP were completely transformed in the second, producing a feast of attacking rugby that culminated in four tries and a bonus point win that takes them to the top of Poule 6 in the Heineken European Cup.

This emotional, knowledgeable group of supporters are ‘’sang et or’’ through and through, always providing their heroes with huge support when required and are rightly referred to as the 16th player. NB player not man as there is a significant sprinkling of women of all ages amongst them.

Edinburgh dominated the first half and deservedly went into the interval with 7 points to 3 lead, courtesy of a try by the giant Dutch/Scotsman Visser, converted by Laidlaw.

Hook, playing at ten, in the absence of Camille Lopez (vacances obligatoire), then took control of the match and produced another superb performance for USAP.

One cross field kick to winger Votu was positively sublime and the move ended in an excellent try.

Tries were scored by full back Michel, the inspirational Justin Purll and South African Wandile Mjekevu (pictured below), who scored a brace after coming on for the injured Richard Haughton.

Hook converted all four with aplomb and also kicked a penalty. He is now back to his best and rightly deserved a standing ovation from the Aime’ Giral when he was replaced by young ‘’Tommy’’ Allen. 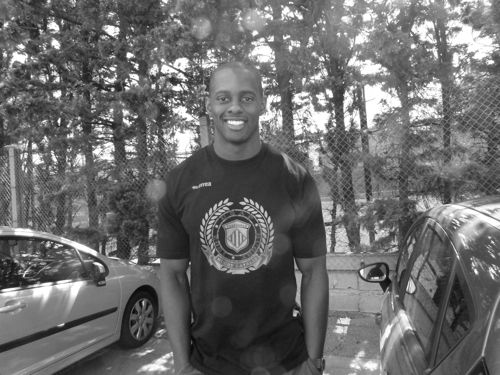 The highlight of the game was a magnificent long range try from Mjekevu who ran fully 50 metres before jumping spectacularly to evade a tackle and dive over under the posts.

This Durban born young man is only 22, a product of King Edward V11 School Durban and the ‘’Sharks’’. He has starred with the South Africa Under 20’s and could well be another Brian Habana in the making. One to look out for.

Other USAP stars were Romain Terrain who put in an all action performance after replacing Guirado, the brilliant, ever present, Purll, Luke Narraway and David Marty, who had his best game in a USAP shirt for a considerable period of time.

The scrum was rock solid and the Georgian Jgenti is a formidable presence, belying his rather ungainly appearance. A good sign for USAP was the second half performance of Welshman Luke Charteris, but an injury to Guirado is worrying.

No more European Cup for a couple of weeks. Next up, Bordeaux in the Top 14 of the French League at the Aime’Giral, 18.30 on Saturday night. Should be another cracker.