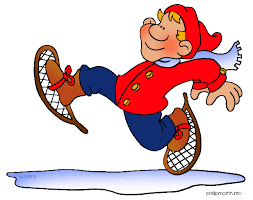 Sunday 28th January, 2017
Meet: car park Mont Louis at 9.30
Destination: To be decided depending on the current weather conditions.

Wednesday 1st February
Meet: outside car park in Mont Louis at 9.30.
Destination; minibus to the Pla del Avallans and follow l’accordeon to the frozen lakes with an afternoon coffee at Bouillouses.

Winter 2017 has arrived with a bank in the high valley of the Capcir. 4 days of storms and heavy snow has left the mountains with a high avalanche risk but in the forests there are perfect and safe conditions for exploring on snowshoes. 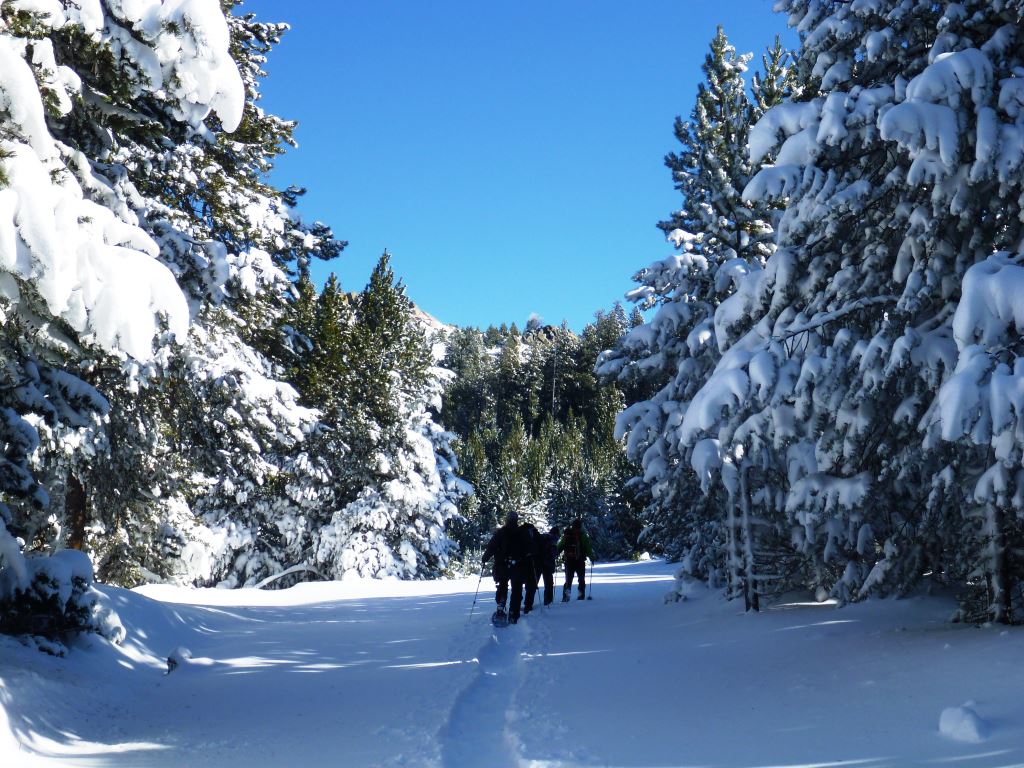 Ian Pendry and I have arranged a series of twice weekly walks and the first one was held today in the forests overlooking Les Angles and Formigueres.

The day dawned sunny and cold (-12c), however my Citroen decided it didn’t want to come out to play so a quick change of plan saw me being picked up by Ian and a changed rv to meet our clients in Matemale. A short drive up to Coll de Creu and the temperature was still at -9c giving chilled fingers when fitting snowshoes.

Heading south, we followed the track towards the refuge coll del Torn but after only a few hundred meters we headed into the trees on deep untracked powder snow. This is the terrain where snowshoes come into their own. It would be impossible to walk with just boots as you would sink deep into the snow and every step would require an enormous effort but the design of snowshoes ensures that you generally stay near the surface. 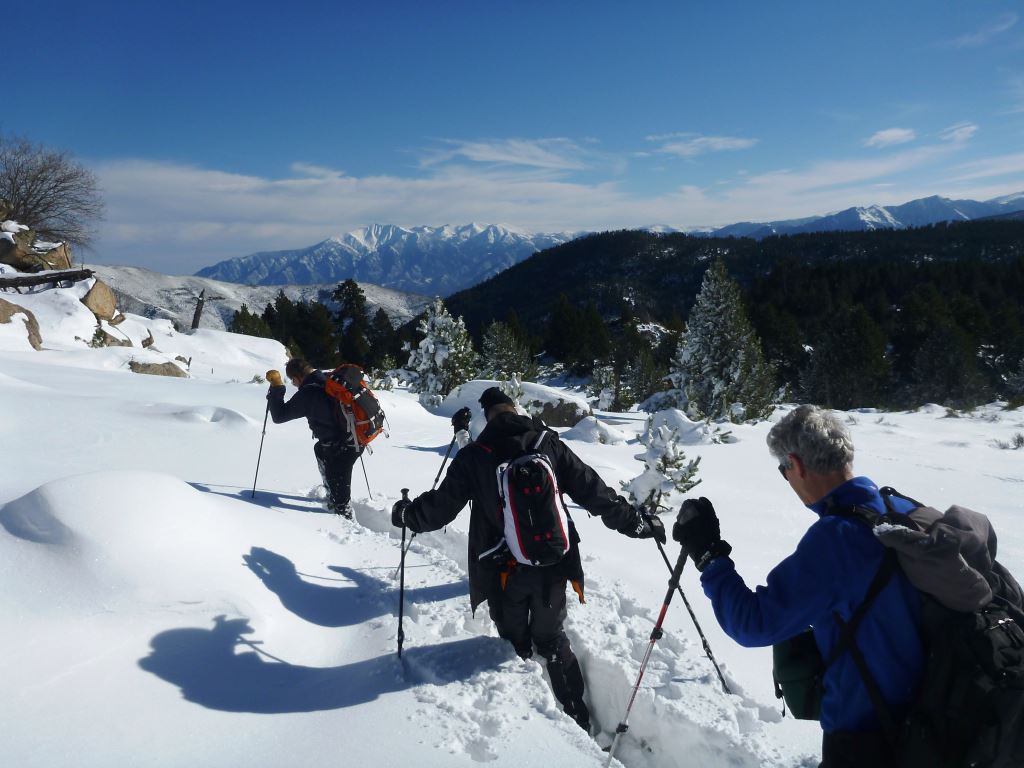 For me, one of the joys of travelling through the forests in winter, is searching and identifying animal tracks. Within 500m of setting off we had already seen tracks for mountain hare, red squirrel, biche, red deer, fox’s and wild boar. Female crossbills sat atop the Scots Pine trees basking in the sunshine. 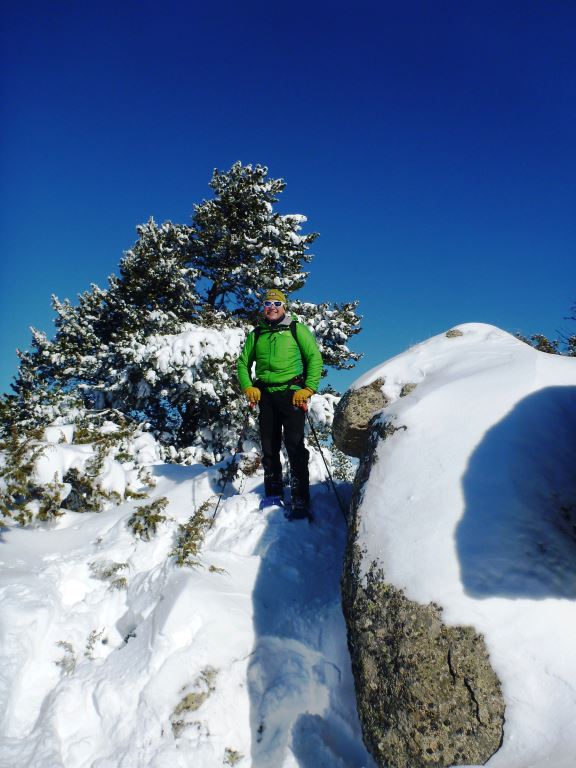 A steady climb past the sleeping site of roe deers took us to a stunning viewpoint overlooking the Capcir with views to Font Romeu, Les Angles and Formigueres and the summit of Pic Carlit, the highest in the Eastern Pyrenees. This was our slightly delayed 11’s stop on the Jaca de Camp Llong. 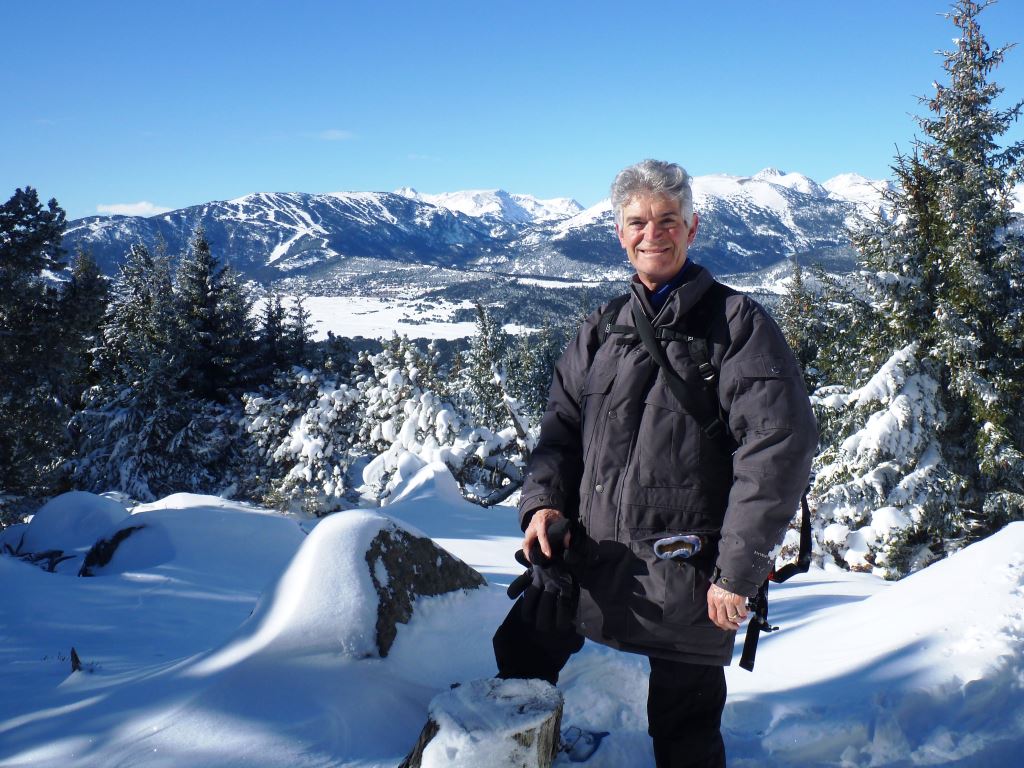 Our lunch spot on the Serrat de Xorri could be seen to the East but it involved a 100m vertical climb in difficult deep snow covering juniper bushes but fortunately Ian was up to the task finding some large rocks on the summit which were clear of snow. What a summit it was with uninterrupted 360 degree views, from the Canigou to the Cadi and Carli to the Madres. 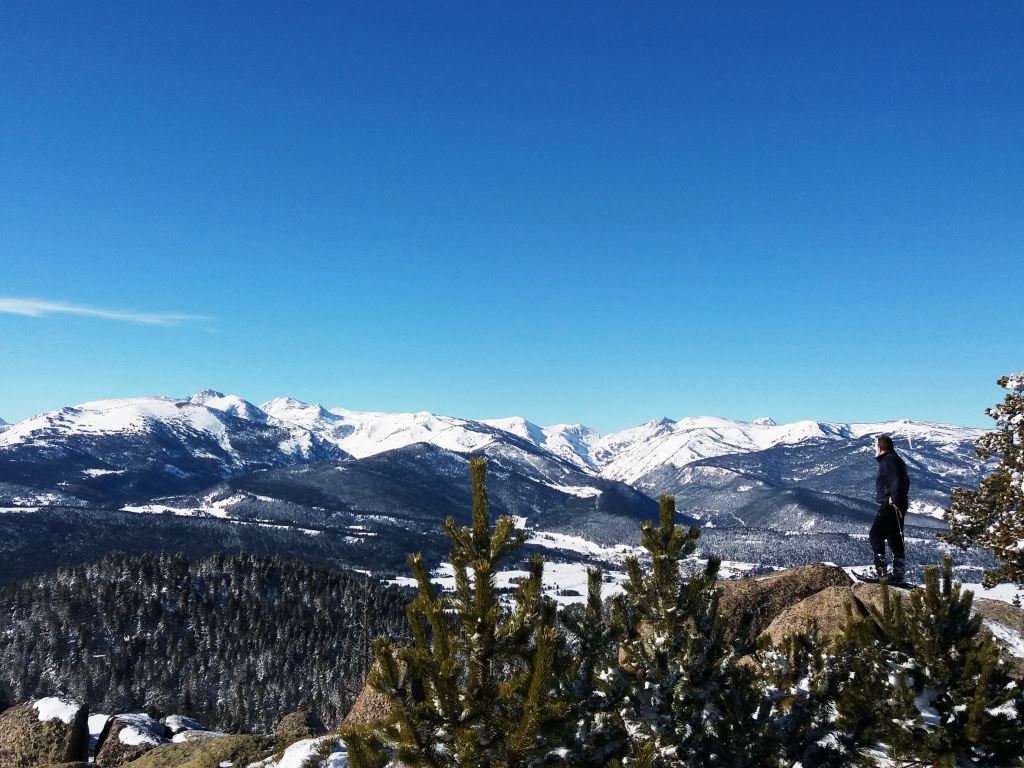 It was lovely to linger in the sun but suddenly the cloud drifted in and a slight wind became chilly and so it was back down our climbing tracks for a few hundred meters before diving back into the forest, sliding through deep powder before dropping out of the trees on to a cross country piste which we followed back to the parking spot.

This was a magical first trek of the winter season and the current snow conditions promise delights to come. 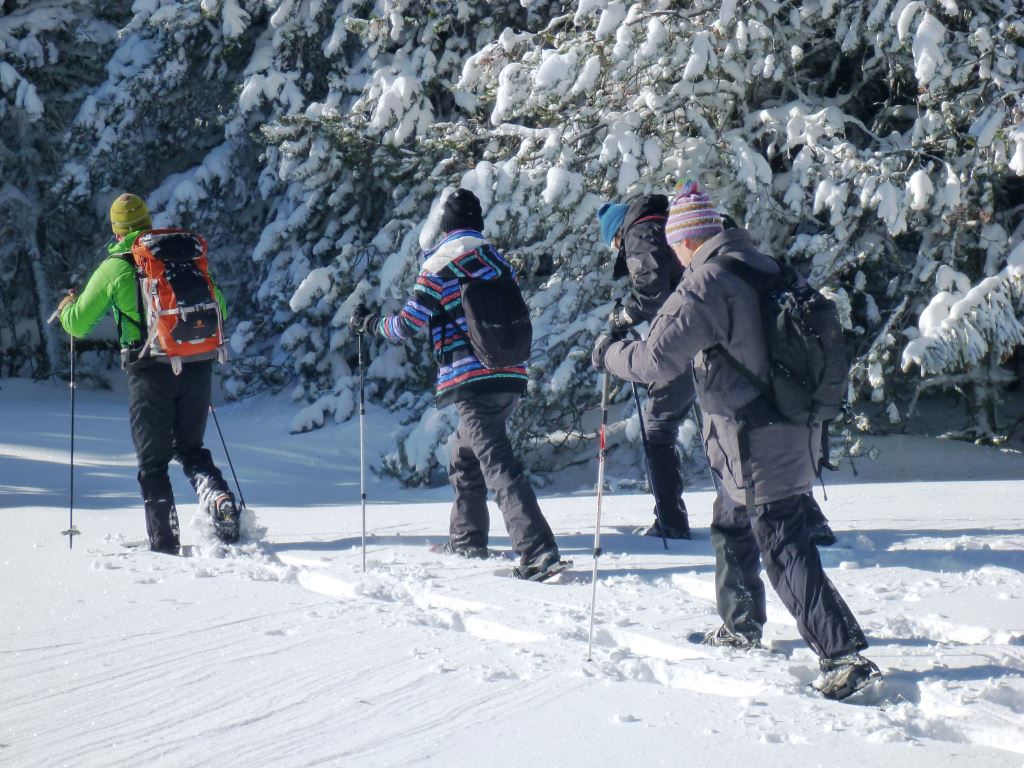 Our next walk will be on Sunday 21st January, 2017 and we will be meeting at the cross country ski parking at the Col de Quillan at 9.30 The destination will be decided on the day depending on the current weather conditions.

The Wednesday walk will be on 25th January and we will meet in the outside car park in Mont Louis at 9.30. The plan is to take Ians minibus to the Pla del Avallans and follow l’accordeon to the frozen lakes with an afternoon coffee at Bouillouses.

Please phone or email me if you would like to come along on any of our trips.

We look forward to sharing our passion for the mountains.