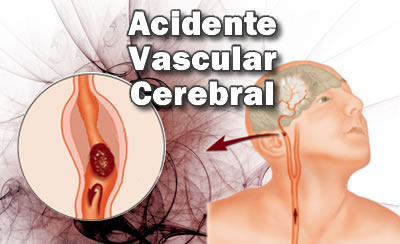 At the beginning of November a campaign was launched in Perpignan Hospital highlighting the signs and symptoms of a stroke and what action needs to be taken. If in the past month you have visited any hospital or GP surgery you may have noticed large posters with “AVC – agir vite pour sauver des vie” (CVA react quickly to save lives). CVA is the medical term for a stroke meaning Cerebral Vascular Accident. In French AVC is the inverted form “Accident Vasculaire Cérébral” commonly called “attaque” or “congestion cérébrale”.

In France and the U.K. there are 150,000 stroke victims per annum. 1:5 of these people will die and 1:3 will be left with a partial or severe disability. There is medication available which can hugely improve the outcome of a stroke called thrombolytic drugs; however the window of opportunity for their effectiveness is very narrow and so prompt detection of a stroke and subsequent medical help is vital for the person affected.

What is a stroke?

A stroke occurs when the blood supply to a part of the brain is suddenly disrupted causing brain cells to die due to a lack of oxygen.

There are two main types of stroke:

Ischemic: These account for aprx. 80% of all strokes. They occur due to a blockage of the cerebral artery by a blood clot.

Hemorrhagic: This is caused by a rupture of a blood vessel in the brain causing a haemorrhage into the surrounding tissue.

Transient Ischemic Attack (TIA)/”Accidents Ischémiques Transitoires” (AIT) also known as ‘mini strokes’ last for less than 24 hours after which symptoms disappear. However medical attention should be sought urgently as this can be a warning sign for a major stroke.

Sudden onset of blurred vision in one or both eyes

Sudden onset of confusion and or slurred speech

Sudden onset of dizziness, loss of balance or co-ordination

If you are with someone and you suspect they may be having a stroke take the following steps called the FAST technique:

S SPEECH: Ask the person to say a simple sentence, checking for slurred speech or confusion

T TIME: Time is of the essence Dial 15 for emergency medical help if the person affected displays any one of the above signs

While waiting for Medical assistance:

If the affected person is drowsy, unconscious or nauseous place them in the recovery position on their side with head tilted back to allow for an open airway.

Do not administer any medication including aspirin. (It is unwise to administer aspirin without knowing the type of stroke ie. If it is a hemorrhagic stroke the symptoms will worsen)