At the base of the Arc de Triomphe, lie the remains of a single French soldier slain on the battleﬁeld of France.


The unknown soldier was buried on November 11, 1920, two years after the end of the ironically named ‘War to End All Wars’.

Although his name is unknown, he represents and honours  more than a million French soldiers who died during this conflict.

HOW WAS THE UNKNOWN SOLDIER CHOSEN?

To chose one ‘unknown’ soldier, 8 bodies of slain soldiers from battlegrounds across France – Flandres, Artois, Somme, Marne, Chemin des Dames, Champagne, Verdun, Lorraine and Alsace – were unearthed with the permission of their families. They were placed in caskets and transported to the citadel of Verdun, one of the longest and bloodiest battles of the Great War. The coffins were then moved to Paris.

Auguste Thin, a young corporal of the 132nd Regiment, was presented with a bunch of flowers and asked to place them on one of the eight coffins.

The Unknown Soldier had been chosen.

The term, ‘un poilu’, (hairy) was used informally to describe a French World War I infantryman. Read on to find out why.
MORE 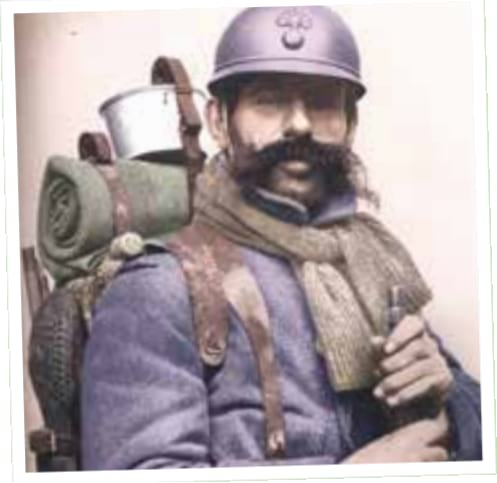