When we bought Mas Pallagourdi in 2007, in the local tradition, the owner had walked us around the boundary, past a collection of bee hives. “Attention!” he said, raising his hand so that we wouldn’t walk any closer. “They are wild bees, strong bees! Do you want them?” 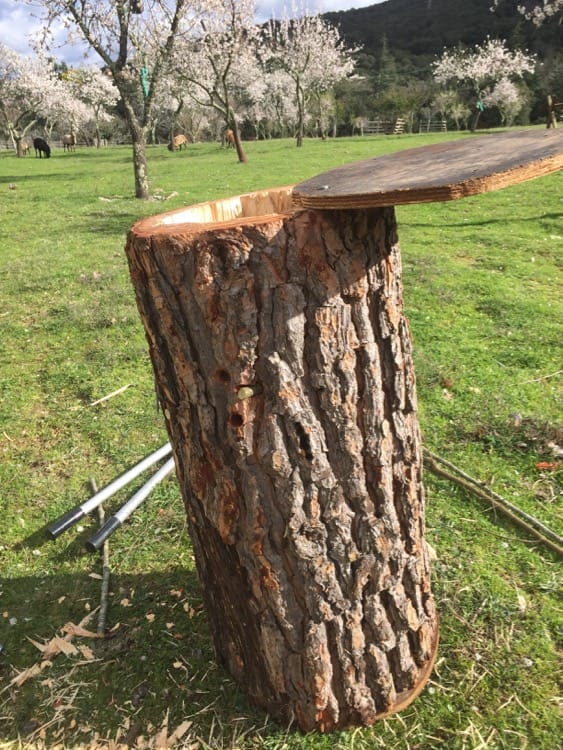 Although beekeeping was certainly something we felt we could become interested in, at the time, with a million other things to do, the idea of a colony of strong bees in the garden was a little too much, and so, a little reluctantly, we declined his offer. A few days later, a man encased in a white suit loaded the hives into the back of a pickup and that was that.

Ten years down the line, with building work completed (although the garden is a work in progress of course), it seems the right time to return to some of our original dreams for Mas Pallagourdi. It was always our hope that we could do something for the local wildlife, and with the increased concern worldwide about bees, we decided 2017 would be our Year of the Bee. We had already become aware of a movement in beekeeping that’s turned its back on the methods of the last century and a half, methods that impose man’s needs on the bee, not allowing it to develop according to the laws of natural selection but rather to accommodate man’s desire for honey. 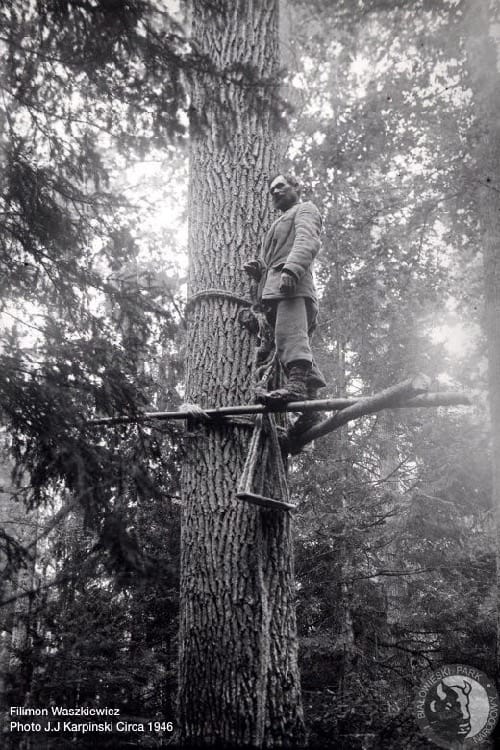 A google search or two later and we were reading about tree beekeeping, a tradition which traces its roots back over a thousand years to Eastern European monks who provided the first written account of tree beekeeping in 900 AD. Other historical evidence includes a Russian tomb from the 5th century, which was found to contain a complete set of tree beekeeping tools, and a preserved tree hive which was recovered from the River Older, dating to around the 10th century.

In the seventeenth century tree beekeeping saw its maximum development in the Polish-Lithuanian Commonwealth. In the most developed regions tree beekeepers formed communities, and members would manage registered areas of the forest called a ‘bartny bór’, a basic unit area of forest with 60 tree hives. They were bound by oaths, with their own laws and later some political power. A wealthy tree beekeeper could own/lease as many as 400 hives and these were passed down the generations. In fact, the construction of a tree hive took three generations to accomplish.

These days, a tree of suitable girth is selected and a platform erected at a height of about 4-5 metres, then a cavity is hollowed out. Tree beekeeping is the nearest one can come to the way bees live in the wild, it has the least interference in the bees’ lives and uses no chemicals.  But I didn’t want the stiff Aged One scaling trees armed with a chainsaw, it just didn’t seem a good idea and for once he agreed.

The next step down from the tree hive is a log hive and this did seem do-able. Hubby had already cut down an ailing pine which had been infected with processionary caterpillar nests. The inside was hollowed out and hazel twigs poked through to make a rough lattice. Both ends of the log need to be airtight so that the brood is not subject to draughts, then some small holes are drilled – the bees’ front door. 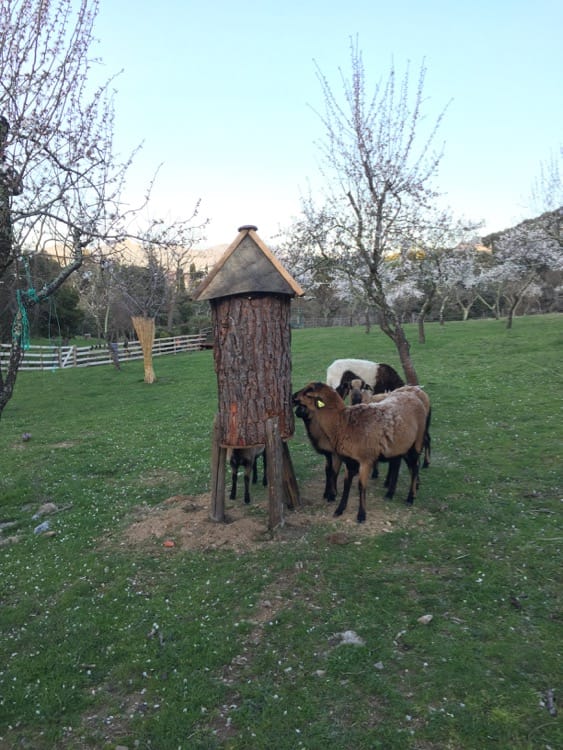 This whole edifice was placed on legs to raise it away from the cold earth and placed with the entrance holes facing south-east in the almond orchard.

The next question is – where are the bees going to come from? It is possible to buy a swarm of bees but we are going to try to attract some of those wild bees first. A few drops of lemongrass oil on the entrance holes may – or may not – do the trick. In the meantime we have a lot of reading to do, a white suit to buy and Asiatic hornet traps to make.

What I love about beekeeping is everything that goes with it: the sowing of herbs and wild flowers in the garden, the hope that one day I will learn how to weave a sun hive (a teardrop-shaped hive woven from organic rye straw), the sound of bees on a warm sunny summer evening, and not forgetting … the occasional pot of honey!

CLICK HERE to read 'Letting Go of Love' Marian's first novel based on the lives of her grandparents during WW1.
[/vc_column][/vc_row]