Put away your sheep

Summer 2009 was long and hot. Howard and Neil continued to toil away on our roof, and I was amazed at how they were able to stand working in such blazing heat but at least now I could see why Howard had the skin of an alligator (sorry Howard, I love you really).

One day I detected a few light drops of rain. Hubby and I looked hopefully at the skies but there was only a hint of a cloud in the blue sky above. The garden was parched and the lawn had long since disappeared and so we were very much hoping for rain. We heard Neil shout up to Howard, who was busy somewhere on our rather large roof. “Want a coat, dad?”

“Why the f… would I want a coat?” came the answer. “I’m not working in this. We’re going f…… home!” Minutes later, the Howard-mobile was heading down the hill. 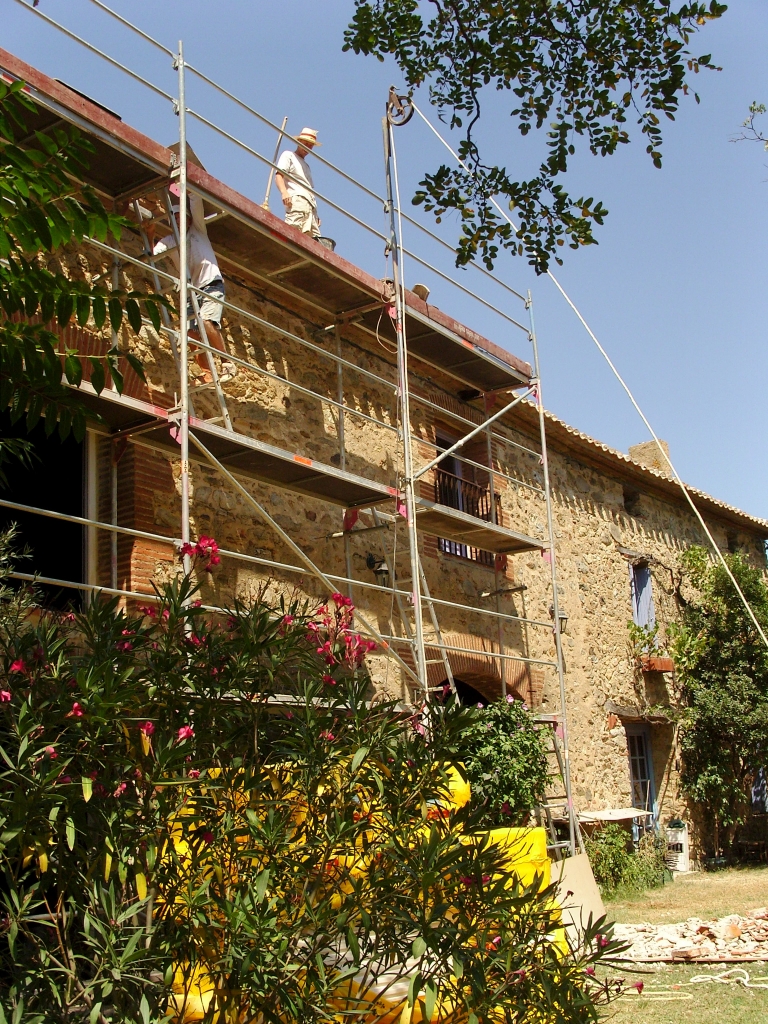 In the meanwhile, yoga classes had been going well. The classes had a healthy attendance of a few English-speaking locals and a mixture of ex-pats of various nationalities and all the monies paid went to various charities. So far so good, I had not had to teach in French — for which I was profoundly grateful. I had made the acquaintance of a very nice French yoga teacher who taught Ashtanga yoga around the area and I attended a few of her classes. Ashtanga yoga is a very athletic practice which I enjoyed but I preferred to teach something softer.

Over a cup of citron tea at a local cafe she asked me if I would consider taking a weekly class for her that would prepare students for Ashtanga yoga or which would be suitable for the students unable to join her other classes. I was intrigued but at the same time daunted at the prospect. My grasp of French still left a lot to be desired and so I discussed the matter with my own teacher, Marc, who happened to be French. Marc dismissed the difficulties. “It’s easy,” he said. “Just make sure you know the basics. Breathe in. Breathe out. Lift your arms, that sort of thing.”

So with a great deal of trepidation I turned up at the village hall in Maureillas to teach my first yoga class in French. A dozen faces stared at me and I tried to keep my cool as I introduced myself.  I had rehearsed over and over again the phrases that I was likely to need and things went smoothly — at first.

One instruction I sometimes give is for students to gently tuck in the chin in order to lengthen the back of the neck. When I noticed one lady jutting out her chin I tried to remember the phrase I had previously looked up on Google Translate. Unfortunately at the time I had also been talking to hubby about the possibility of buying some sheep and we had been looking at some farms that sold them. So instead of saying ‘Rentrez le menton’ I said ‘Rentrez les moutons’.

The group tittered and I wondered what I’d said that was so funny. They didn’t say anything so I ploughed on. A little later the group collapsed on the floor in hysterics. To this day I am not sure what it was that I’d said but I had intended them to come into a squatting position. I believe it was something to do with giving birth.

Well, laughing is good for you too, isn’t it? I kept my side of the bargain and taught the class for a year but after that I heaved a sigh of relief and went back to teaching in English.

Andrew, our friend who had built us some log cabins which now served as Bill’s various tool sheds, turned out to be a natural story teller. Most of these stories involved his personal contact with the spirit world. When he married his first wife many years ago, they had been offered the use of a little cottage on the South Downs for a honeymoon. Andrew and his new wife arrived and settled in for the week but were puzzled to find that the pantry door was locked from the inside. Andrew is a very handy kind of guy and he explained that this lock could only have been secured from inside the room, which had no windows or other doors. After trying to open it he was puzzled but gave the matter no more thought.

During their first night Andrew got up to go to the toilet and when he went back to bed his wife asked him why he had been making crashing noises in the kitchen.

“What do you mean?” Andrew replied. “What noises?” His wife remained convinced that he had been trying to scare her but Andrew knew he had not made a sound. The next morning they got up to find kitchen chairs seemingly flung around the kitchen and they decided to beat a hasty retreat. As they packed their bags and looked around the kitchen for a final check, the pantry door flew open. Andrew felt something cold rush past him and then a knife whizzed past his head. They left and when Andrew told the owner that they had only stayed one night he was told that yes, the place was haunted. Andrew had many more stories like that up his sleeve and in the months to come we would hear some of them while sharing a cup of tea and a slice of home-made cake. 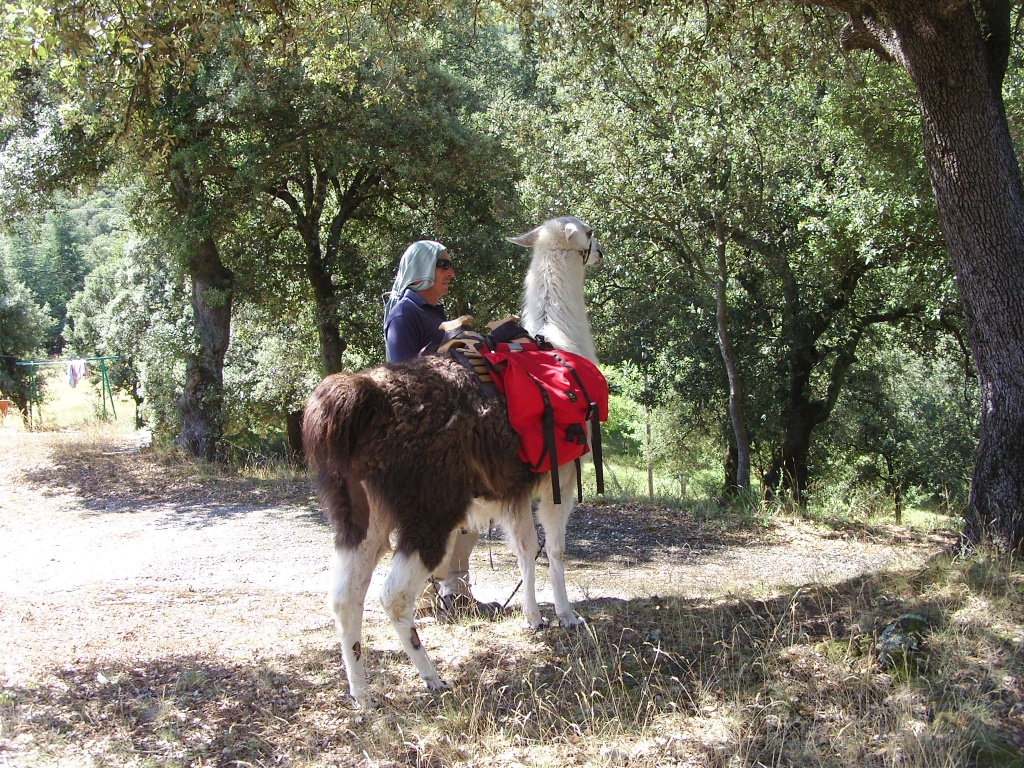 With the llama training coming on nicely, hubby started to talk about a particular dream of his own. It was to walk the llamas across the Pyrenees from the Atlantic coast to the Mediterranean, along the long distance path, the G10. I had seen the scary pictures of snow-capped mountains in the guidebook and thought this plan was ambitious to say the least. And that was without even taking the llamas into consideration.

The llamas walked quietly enough along our local roads but I had been walking the gentle Perou one day past a house where a couple of dogs had barked and jumped up at the garden fence. Perou stared at them calmly for a minute or two then something in his head snapped. He leapt six metres in the air and propelled himself from one side of the road to the other, dragging me behind him. So I felt quite worried about hubby’s plan and hoped it would never come to pass, but agreed — for a quiet life.

Hubby was fired up with enthusiasm and ordered a beautiful wooden saddle and panniers from a specialist supplier in America as well as the maps and guidebooks. Then the slow job started of getting Perou and Ulyss accustomed to having these strange objects on their backs. It seemed I might have to walk across the Pyrenees after all.