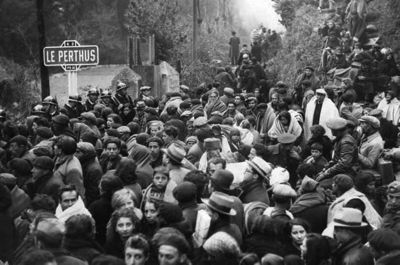 FEBRUARY 1939 AS SPANISH REPUBLICAN REFUGEES POURED ACROSS THE BORDER.