[(I met Jenny Rhodes for the first time in 2008, in their deliciously cosy cottage in the heart of Les Angles, just a five minute walk from the ski slopes. Rosy, fun and delightfully chatty, she explained to me that she was in the middle of pickling everything that moved. I stood very still…. and asked her whether she would be interested in providing a ‘gossip in the mountains’ type of column for Anglophone-direct readers. She has never looked back!)] 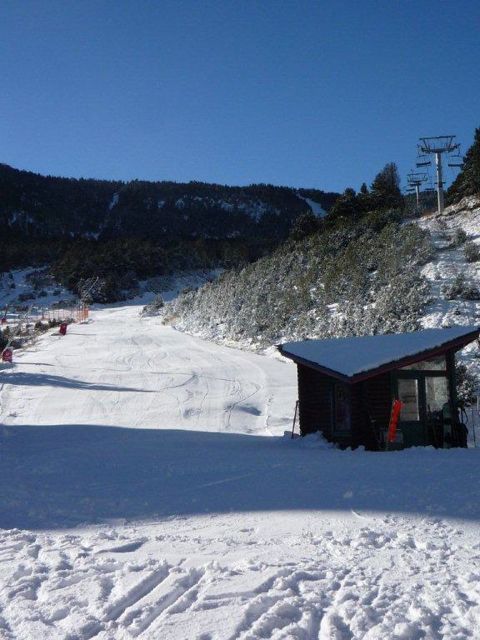 December 1st and it’s cold, very very cold. But we expect it don’t we? We gear ourselves up with oil tanks full, logs delivered and shovels at the ready. And we take it all in our stride…….or do we? I have just looked out of the window and I can see a huge front of bad weather aiming straight at me. And even now my heart sinks a bit just looking at it. The UK seems to have gone onto “freeze down”. Why are they always surprised when it snows? Why don’t they buy snow chains? Why aren’t they prepared? OK we had a few mild winters but winters are known to be cold with snow and ice. And still the shock and horror that it should snow on the M52.

How many of us remember the times that we made “slides” in the playground? [Yup we were told off] They would be huge and you’d skid yourself witless every play time. Didn’t we scrape the ice off the inside of the bedroom windows to see if it had snowed? I know I was a child and had no real understanding of the seriousness of the road conditions. We used to travel up to my Grandparents in Northumberland on a regular basis, summer and winter alike, in an old Ford 8. 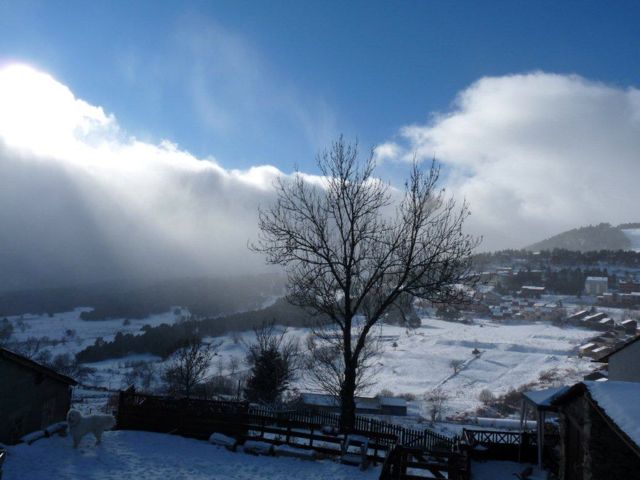 I would be wrapped up in a blanket with a hot water bottle and it was magic. We would drive up from Yorkshire up the A1 and just past Scotch Corner we would take that magic turning to Pierce bridge and Tow Law. The road changed dramatically and darkness would envelope the car. The headlights were so poor that Dad would strain to see the road and the snow would be falling in huge flakes. It was exciting. We would battle on and the snow would get deeper until at times it would be above the car but the snowplough had gone along and cleared enough room for us to get through. Journeys like this were done on a regular basis and must have been a nightmare for my parents but I thought they were wonderful.

I was complaining [ fancy me complaining , so unlike me] the other day that the heater in our Landrover Defender was useless. It seems to me that a car made for rough conditions should have a good heater but it is hopeless. But it brought back a little memory of Dad putting in a heater into the old car which made our journeys heaven. The only problem was that Mum had to sit with her feet on it as it was in the passenger foot well. These softies don’t know anything about cold…….put another jumper on! 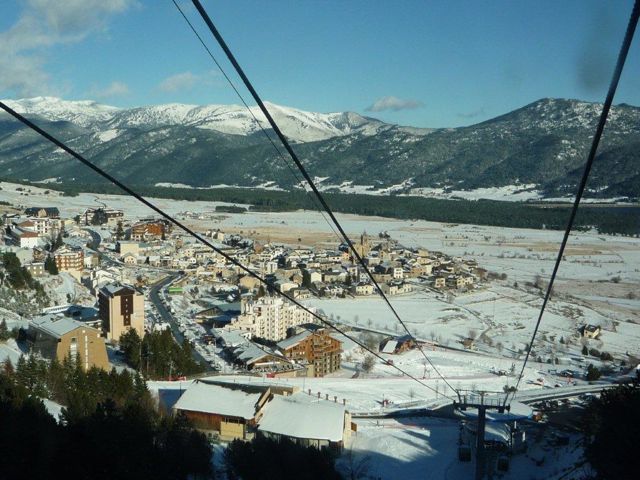 The resort opened last weekend and loads of people came up. It’s good to see the village open again. The shops are open and everyone has returned from their November holidays. I have to admit it is a bit bleak in early November. Ooops, just looked out of the window and that bad weather has arrived. Not nice but good for the slopes.

I don’t know if you remember that my car brakes went all peculiar in September. Well they were making a horrible noise and I was told they had worn down to the rivets, Hmmmm I often feel worn down to my rivets but  carry on. The car went into the garage in mid September and we still haven’t got it back Apparently they keep ordering the wrong part. How can they do that? We have found out that even though it is a Suzuki, a Japanese car, it was made in Canada. Now should that make a difference? They have our log book with all the details, where is the problem? My command of French is not good and I can’t do very much but I am feeling rather cheesed off now. So Christmas is nearly upon us and the shops are full of Christmassy stuff. I was in Auchan last week and noticed the huge piles if chocolate and I want to know how can the French eat so much chocolate and stay so slim. Answers on a postcard please. I would love to know. Maybe I should eat loads of chocolate, then stop and the weight would just fall off, because I would have given up eating it. Just a thought.
Well I think I may have Mumbled long enough So stay warm and keep your snow chains in the car.
Til the next time 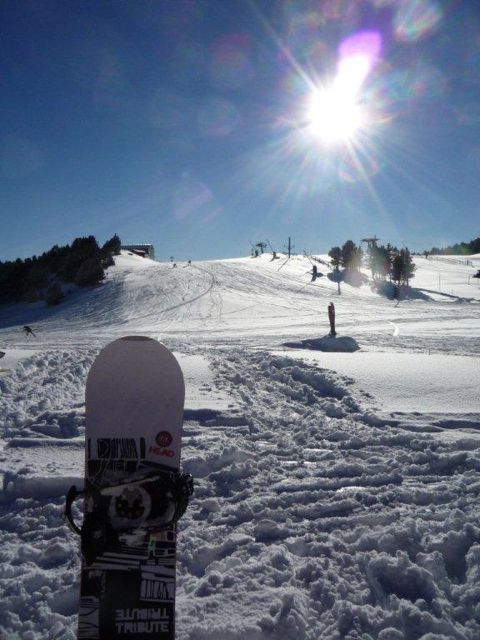 A Mumbling Merry Christmas to you all.
This Mumble is going to be very short and sweet because like all of you I am up to my eyes in mince pies [no I don’t like them] but it is Christmas and they must be made and peeling and chopping thing in preparation for tomorrow. ‘Be Prepared’ is my Christmas motto this year. [flutter eye lashes and try to look like Nigella]……. Nope………. it didn’t work for Mike either.

Well…yesterday was a day to remember probably for a very long time. We had our very own Nativity. Some friends who live locally [no names mentioned] had a new baby last week and her name is Poppy. Yesterday arrived as one of the most important days of a new family’s life –  when the”New Family” come home. It had been a longed for day and much preparation had been done at the house by Daddy for Poppy and Mummy only to find they were locked out.

Oh……. disaster struck but all was not lost. They came here. Much to our delight they brought their new baby to see us and attend to her needs and find the right key. So after a cuppa and many silly stories of new babies and memories of home comings they set of for their long awaited homecoming.
Poppy is beautiful and the pride in her parents eyes was there for all of us to see…….It made it a very special day for us to be included even though it was not exactly what had been planned.

It is lightly snowing as I type and yes, the sun is shinning ….what weird weather we are having at the moment. It really doesn’t know what to do.
We have fireworks tonight with a torchlight descent and Pere Noel will snowboard to the bottom of the slope after a drive in his carriage through the streets. Totally magic for the children. We tend to stand in our garden to watch everything as we overlook the nursery slopes and the firework park. Great as we can have a glass of wine and see everything from the comfort of our own place.

May we take this opportunity to wish everyone a Very Merry Christmas and a Healthy and Peaceful New Year
Til the next time !!!