from the book by Louis Gardel 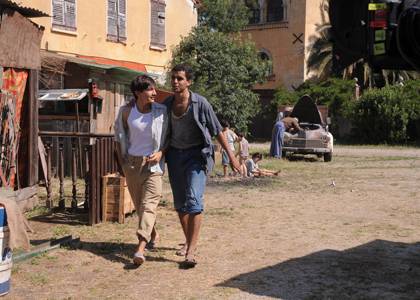 Filmed in Argelès-sur-Mer, Sète and Saint-André

SYNOPSIS It is 1955. Louis is 15. He lives with his grandmother, Zoe. Generous, ‘bonne vivante’ she is the  key figure in the plot. One evening, sitting on the Bay of Alger, the teenager suddenly reaslises that the world he grew up is doomed to disappear. The  War of Independence has just begun. But this awareness does not prevent him living the life of a typical teenager of his time and age.

The Bay of Alger is about the life of  a teenager in  troubled times. Throughout this period Zoe, his grandmother, accompanies him.  This unlikely couple, a grandson and his  grandmother, is the heart of the film. This is not a simple account, the scenes are well connected, the characters evolve, are more mysterious and surprising than you might expect.