Elisabeth Eidenbenz helped expectant mothers exiled from Spain during the Retirada, taking them out of the harsh concentration camps on the beaches of the Pyrénées-Orientales to offer them refuge at the château she converted into a maternity hospital – la Maternité Suisse d’Elne.

The women typically spent a month in tranquility and relative comfort preparing for the birth of their child and a month afterwards to recuperate while their babies gained strength. Later on the hospital welcomed displaced victims of World War II.

Born on 12 June 1913, Elisabeth Eidenbenz was the daughter of a Zurich pastor. She first taught in Switzerland and Denmark before deciding to join the Asociación de Ayuda a los Niños en Guerra (“Association to Aid Children in War”).

Elisabeth arrived in Madrid on April 24, 1937 as a volunteer in an aid team but soon relocated to the South of France.

Appalled by the situation of mothers and children amongst the Spanish refugees, Elizabeth decided to convert an abandoned château into a maternity home. 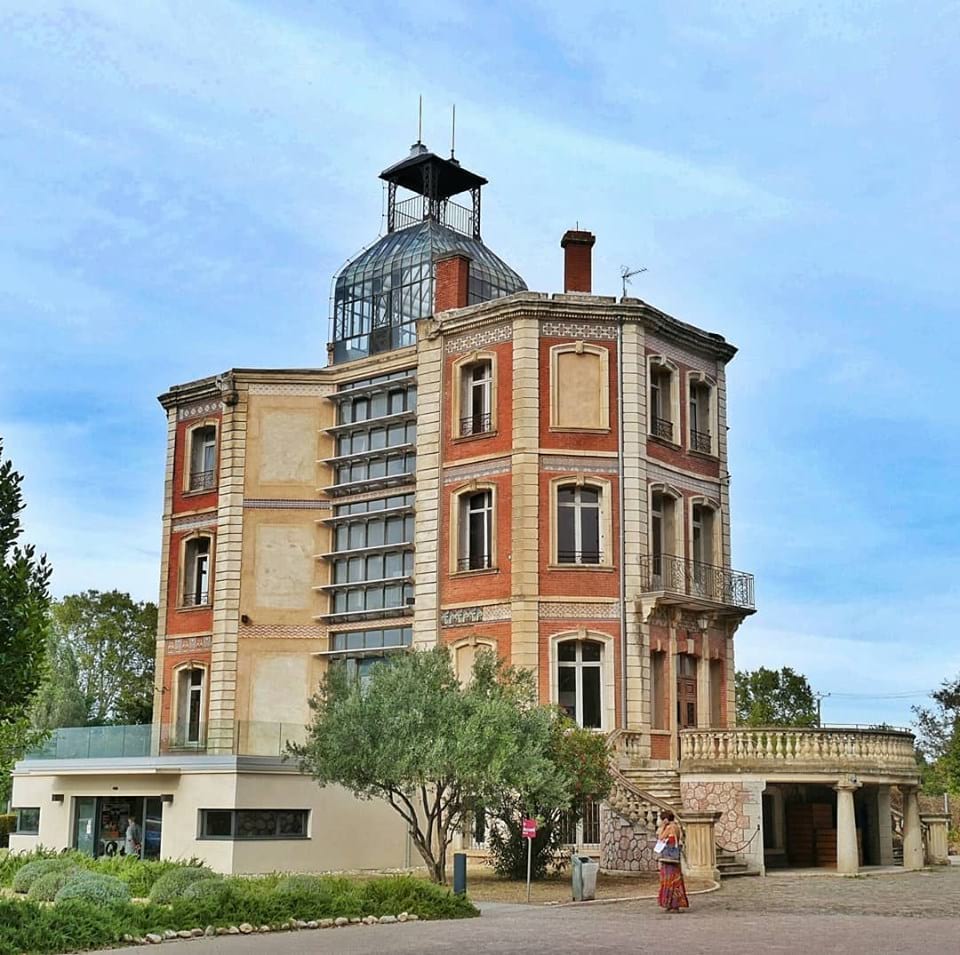 Situated on the road to Montescot just outside Elne, and classed as a Monument Historique since 2012, the building was originally known as the Château d’En Bardou because it had belonged to the Bardou-Job dynasty, creators of the famed “Le Nil” brand of cigarette paper.

The château was in a lamentable state and Elisabeth, ever visionary, obtained 30,000 francs from the Swiss Red Cross (Aide Suisse aux Enfants) for the repairs and renovations.

The hospital was completed in November 1939. Elisabeth named each different room after a city in Spain to remind the young mothers-to-be of their roots. The nursery was Madrid, the dormitory for sick children was Seville and expectant mothers slept in Cordoba. Other rooms were Barcelona, Bilbao, Santander, Zaragossa and San Sebastian. The only exception was the salle d’accouchement, the delivery room, which the mothers christened Morocco on account of the agonies they experienced in labour.

The finished building was beautiful. It was constructed in the form of a Greek cross on four levels, with light penetrating from a cupola and glass roof through three glass floors. The laundry, kitchen and storeroom were on the lower garden level. A flight of steps led up to the ground level where the women sat in the grand octagonal room on one side during the day and ate in the dining room. The babies slept in an octagonal south-facing nursery on the first floor, next to the delivery room and a recovery room for those who had just given birth. The bedrooms where situated on the second floor, each with three or four beds, and a room which Elisabeth used as her private bedroom and office.

At the top of the house, stairs continued upwards through a wrought-ironed lantern, to the roof which offered magnificent views of the Roussillon plain and Canigou (and still does).

“A light in the hearth”

Local journalist, Hélène Legrais, has written a book called Les Enfants d’Elisabeth, about life at the Maternité Suisse. She recounts wonderful stories including:

The Christmas celebrations, including imaginative presents and magnificent roast chickens glazed to perfection with delicious aromas.

A visit of support and encouragement by Pablo Casals (“plump, small and balding, with a soft hat”), to this day one of the world’s finest-ever cellists. He had left his home in Spain after Franco’s pronunciamento or coup d’état in 1936 to live in nearby Prades. During his visit Casals made a substantial donation and promised to bring more money when he returned.

The celebration of Elizabeth’s 30th birthday on 12 June 1943 when everyone was “no longer in Elne but somewhere in the mountains of Switzerland”. They sang the Hymn of the Swiss Red Cross and messages arrived from many former mothers of the château.

One moving tribute declared: “You are a light in the hearth, always your usual self with a warm and peaceful radiance. Your face never reveals your own feelings because you think only of others.”

The circumcision of Guy or Guitou Eckstein, son of Maurice and Hénya, for which a rabbi risked his life travelling some distance. Thanks to the humanity of the Capdet family in Thuir, Maurice Eckstein was given refuge in their hayloft and thus escaped La Rafle or Roundup. Guy Eckstein, now living in Geneva, has written a tribute to Elisabeth in his foreword to Hélène Legrais’s book.

The roundup of the Jews began in brutal earnest after the Germans occupied the so-called Free Zone in November 1942. However, the notoriously sordid and inhumane camp Joffre at Rivesaltes had become an “accommodation centre” for Tziganes, Spanish refugees and Jews since January 1941.

When the Gestapo in their black leather coats and grey-green soft hats came the first time to La Maternité looking for Jews, Elisabeth sent them packing.

The second time, however, she was not so lucky. They came demanding to take away Lucie, a Jewish mother. (Her baby had not survived but she had stayed on to give her milk to other mothers.)

The Kommandatur threatened that if Lucie was not produced they would take Elisabeth instead. So she asked for a few moments to pack her bags and re-emerged – but with Lucie also. Lucie had flatly refused to accept Elisabeth’s sacrifice and gave herself up.

She was soon on the train in a cattle wagon from Elne to Rivesaltes, whence she was transferred via Drancy to the gas chambers at Mauthausen – where some 20,000 others followed the same route, including at least one other protégée of Elisabeth named Esther.

One of the most harrowing, though understandable, revelations of this book was the “strict neutrality” imposed by the Swiss Red Cross. Elisabeth received a circular from the executive committee ordering her “to give up Jews, Tziganes and Spanish refugees if you are requested and do nothing to shield them from the roundups.”

Not cut out for marriage 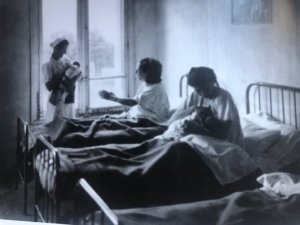 Elisabeth once told her closest confidente at Elne, Teresa, that she had no romantic interest in men – “I don’t believe I have the qualities of a good wife.”

As for having children? “I already have them”, she said. Among them were many who helped Hélène Legrais with her book: Remei, Ruben, Vladimir, Celia, Pepita, Juliette, Consuelo, Sergio, Andrea, Incarnació, Pedro, Narcisse (saved from the brink of death by a lick of mashed sweet potato), Pedro, Sylvie.

On 22 March 2002 Elisabeth Eidenbenz made the journey to Elne for a moving ceremony, organised by the town’s mayor, Nicolas Garcia, and Guy Eckstein, at La Maternité Suisse. As well as meeting some 30 mothers from her former “family”, Elisabeth received the Medal of the Just among Nations from Israel’s Consul General based in Marseille. In 2006 she was awarded the Légion d’Honneur and la médaille de l’Ordre Civil et de la Solidarité, as well as the Croix de Saint Jordi.

Elisabeth Eidenbenz died on May 23rd 2011 in Zürich (Switzerland) at the age of 98. She was a true hero who left an unbelievable legacy.

The town of Elne bought and restored the site in 2005 and it is now a museum which is well worth a visit.

The Light of Hope is a Spanish film about the life of Elisabeth Eidenbenz.