Oh, what a tangled web…

Although they might not be cuddly, cute or welcome in our homes, they’re an important part of nature’s balancing act.

Our P-O spiders come in all shapes and sizes

Per square metre of undisturbed land, you could find, on average, 150 specimens!

Some catch insects in webs, while others hunt or sneakily ambush them. Nearly all immediately inject their prey with venom to paralyse or kill. 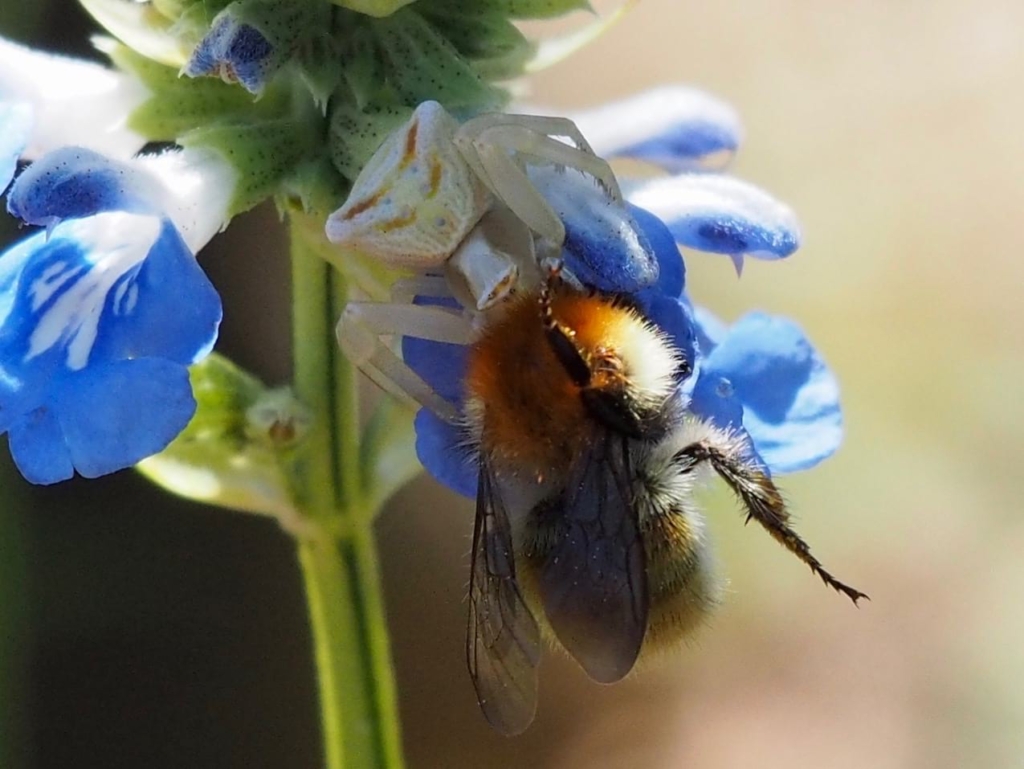 The crab spider (l’araignée-crabe des fleurs) is often much smaller than its prey. 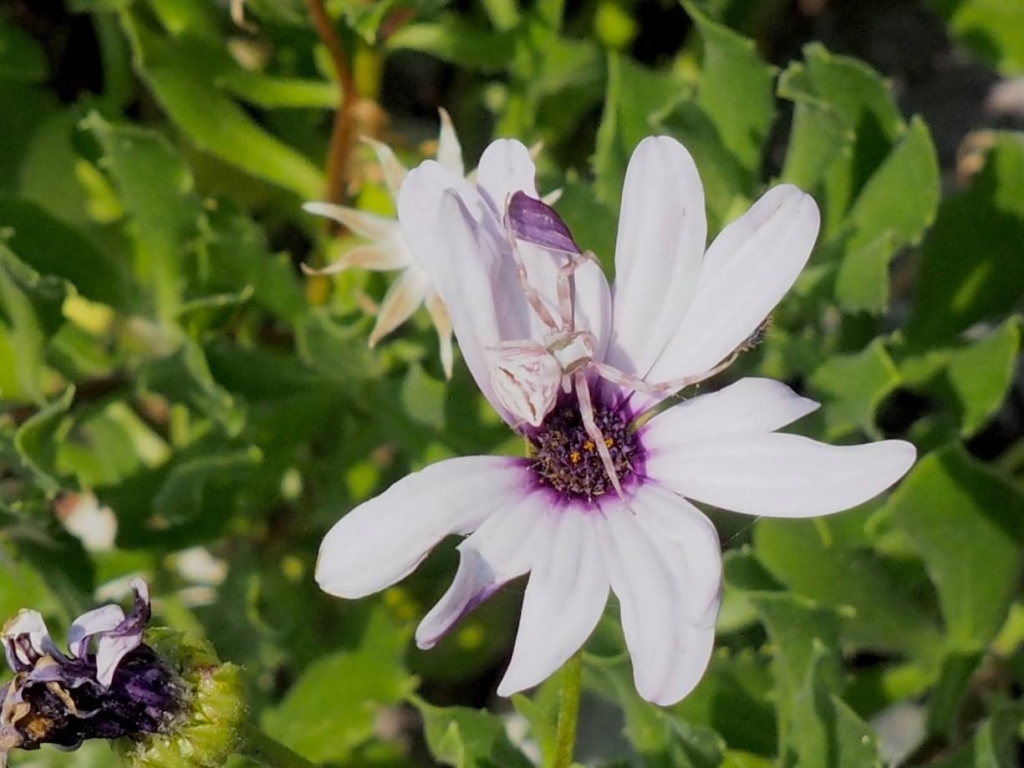 To ambush pollinators more effectively, it changes colour to match the flower.

Web-spinners quickly wrap wasps and bees in silk, to prevent them from stinging.

Silk contains high levels of vitamin K, which helps blood to clot. No wonder the Ancient Greeks used it to heal wounds – and it’s still being used in modern medicine.

The strongest of spider silks requires 7 – 10 times more energy to fracture than an equivalent volume of synthetic Kevlar, which is designed to stop bullets!

Not all webs are spun to catch prey. One type of spider hunts underwater and lives in air trapped in its underwater web! They also provide refuges for adult spiders or nurseries for young.

Reproduction and spiderling-care can be a risky business, especially for the boys!

In some species, immediately after mating, Dad will be eaten by Mum – or simply die. Mum, in turn, may be eaten by her own young once they’ve hatched. Or else she’ll eat them before she dies. Lifespan is rarely longer than two years for any spider. 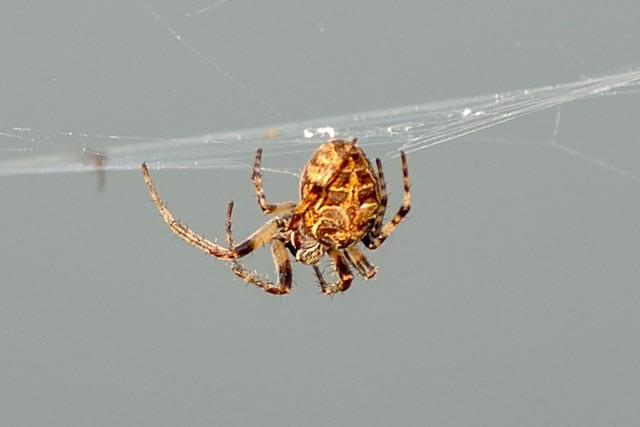 The female furrow spider (l’épeire des roseaux) sits in a silk cocoon and emits pheromones to attract a male. They will mate inside this gossamer bower and afterwards, for a while, both parents will protect the egg cocoon before they die.

Female wolf spiders, the P-O’s biggest species (up to 25mm long!) have a different approach from most.

If you come across one in October/November, at first sight her back may look horribly deformed but these spiders not only carry egg sacs under their abdomen (which they will defend with their lives) but ferry the hatched spiderlings around on their backs until they can fend for themselves.

They got their name because people wrongly believed they hunted in packs, like wolves. Nonetheless, they are master hunters of the P-O’s spider world.

Some members of this family skate over water, casually dangling one leg under the surface as bait, and even dive to catch insects and small fish. Watch out when swimming in the buff!

Depending on species, web designs vary from orb and tangle to funnel, sheet and radial

Once the prey is caught, spiders don’t actually eat. Rather, they suck their victims dry after an injection of digestive enzymes has turned internal organs to liquid. Bon appétit! 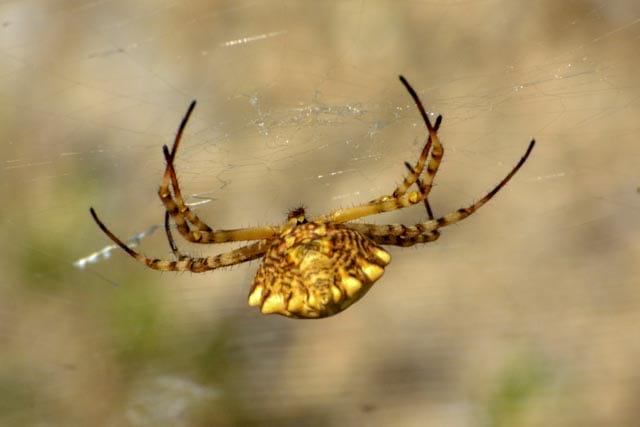 Although only the females have a lobed abdomen 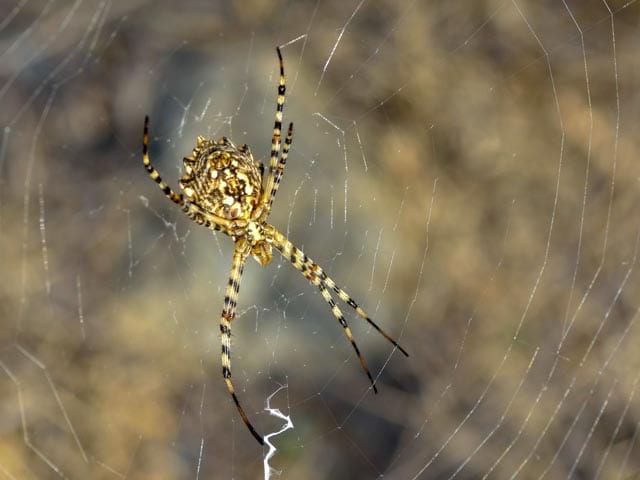 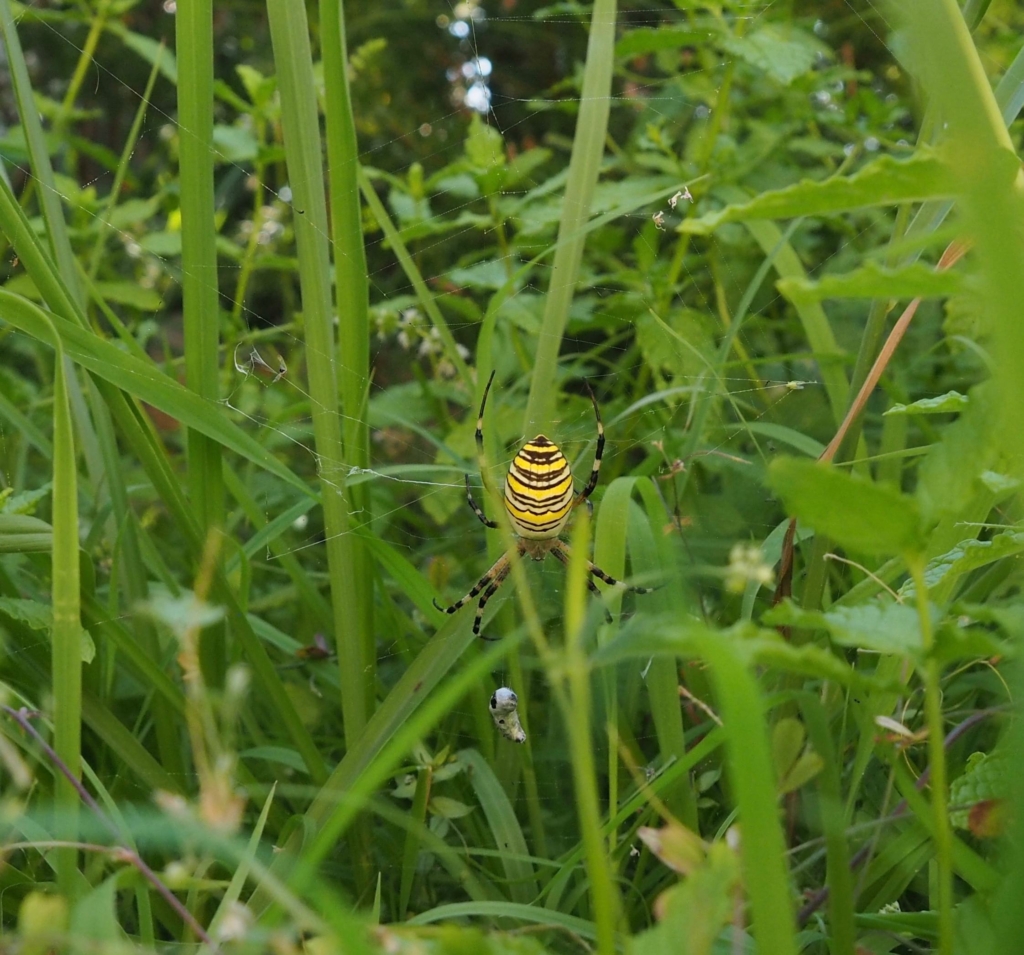 They usually prey on crickets and grasshoppers, but wasps and dragonflies are also fair game. A zigzag of silk near the centre of their web is distinctive. One theory suggests it helps attract prey because it reflects UV light the way flowers do. 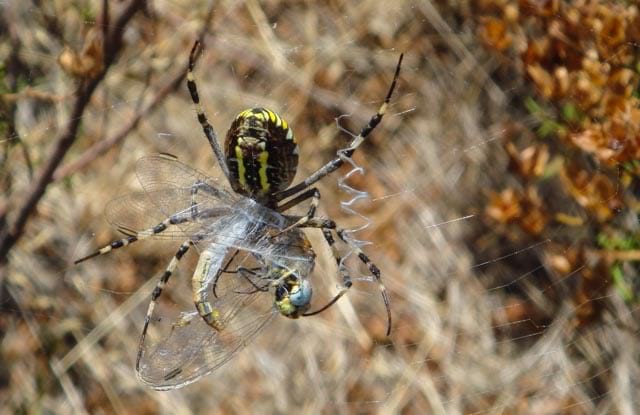 In keeping with most spiders, male lobed and wasp spiders are much smaller than the females. Less colourful too – which makes a change for the natural world!

**It’s also worth noting that the P-O funnel web spiders aren’t dangerous, like their Australian cousins** 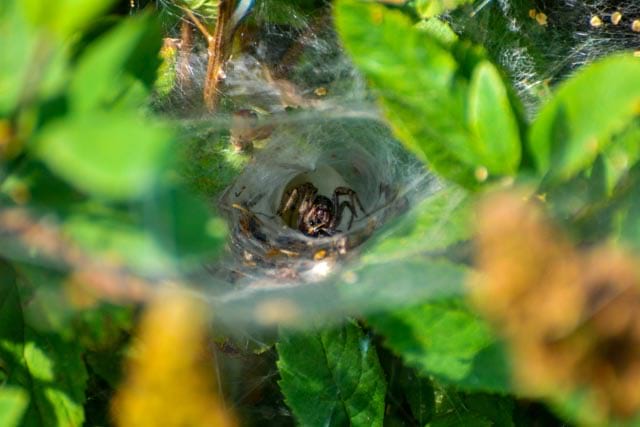 If you’re terrified of spiders, the feeling’s mutual, but they’ll only bite you as a last resort, in self-defense.

Even then, only about 1% of European species are capable of piercing human skin. It shouldn’t be worse than a wasp sting, but children, the elderly and those usually allergic to such things might have a stronger reaction.

There’s no need to take it out on the spider, though- just think of the good work they all do!

“The Warblers” are a group of natural history enthusiasts based in the P-O. For more blogs and photos, or if you’d like to contact them, visit www.mediterraneanpyrenees.com

All photos by “The Warblers”, unless otherwise stated