Construction of a 3rd quay at Port Vendres

Confusion reigns in PV! The dockers want future growth, the fishermen fear increased wave activity in the port, the environmentalists cry Armageddon! Ellen Hall takes us through the where’s, what’s, and how’s of building a 3rd quay in Port Vendres 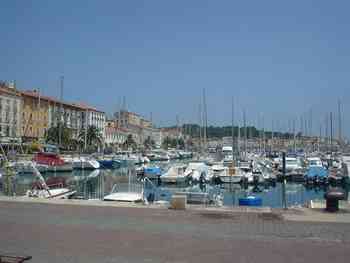 Port Vendres, the lovely natural port on the Côte Vermeille, is a fine destination on any day of the year. Colourful mountains of nets line the dockside. Groups of fishermen busy themselves with boats and tackle. Strolling beside the yacht harbour inspires dreams of faraway adventures. The fish market with its wall aquariums and live lobster tanks is a hit with children, as is the oyster bar with adults.

The cove of “Les Tamarins” across the bay from the fish market, has been the historical beach of the Portvendrais, home until the 1980’s to a small hotel-restaurant and before that an outdoor bar with dancing and tables under the trees. This is where the Conseil General is proposing to build a third quay with the intention of attracting more cargo and passenger ships, thus increasing jobs.

Whenever a large public project is proposed, the prefect as representative of the state asks for an enquiry to study the public utility of the plan. A public enquiry has been opened at Port Vendres’ city hall. The project documentation is impressive in volume, overwhelming in the amount of statistics and background information. Buried in all the paperwork two essential questions remain: Is the building of a third quay justified? If so, what is the effect on the environment?

Questions for the enquiry commissioners:

Who has a say?

The views of the environmental associations, the fishermen and the dockers all differ. The municipal council of Port Vendres has no part in the decision-making process, and can only express its opinion after the inquiry ends. You, however, no matter what your citizenship,can make your voice heard now until the closure of the enquiry on 14 November.

What can you do?

At the end of the enquiry the commission reports its findings to the Conseil General, who have a right to respond. The final report will be available to the public in January 2009. Watch this space…