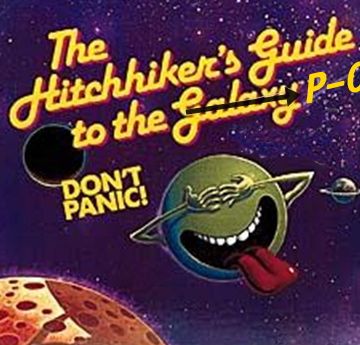 After a dozen deep breaths and a string of expletives I eventually managed to reconnect with my earlier Zen-like composure. I decided to give hitching another go – after all, I’d succeeded once already that afternoon hadn’t I?  Not wanting any hint of desperation to show I adopted a look I hoped came across as Yeah-sure-a-lift-would-be-good-but-hey-I’m-cool-whether-you-stop-or-not. Fifteen minutes passed during which time I counted around 100 cars. That’s 100 thumbs-down to my singular digit up. I was beginning to feel like an invisible sub-species. Visions of the sad, down-at-heel souls in Perpignan who shuffle around holding out a polystyrene cup at traffic lights started to form in my head, ridiculous since my plight was both temporary and on a scale that bore no comparison. Get a grip man. Okay, a change of tactics was clearly needed.  Go for the beaming smile. Engage with them, hold on to eye contact for as long as possible. But when I fix my smile for more than a minute or so it rapidly settles into that Jack Nicholson, crazed-killer rictus. I pulled down my face.  Maybe desperation works better after all.  “I beg of you, please. I have in my rucksack a kidney transplant urgently needed for a sick child at ……….”

A number of large BMWs and Mercedes swept by imperiously (more of one particular Merc later) the drivers giving nary a backward glance in the rear-view mirror.  Others however were more cheery, offering bizarre hand-signs they felt somehow explained their wholly justifiable reason for pressing on –

Like to help, but you know how it is? Things, stuff……..
Sorry, but as you can see, all available seats are currently occupied by Aardvarks.
It’s a Wednesday afternoon, so lifts are interdit, obviously.

And then it happened. A badly hand-painted, muddy brown van juddered to a halt. A sliding door slowly trundled open. Romford High Street all over again. Ignoring Hitchcock’s “Psycho” sound-track (the shower scene) screeching in my head, I strode forward manfully and peered inside asking the driver as cheerily as I could if he was going my way. My fortunes were about to turn.  Jan, a charming bohemian guy from Poland, was bound for Ceret. And yes there was a dog, but this time it wasn’t a salivating Hound-of-the-Bastardvilles but Zorro, a delightful, cuddly black Labrador pup who sat on my lap all the way gazing adoringly at me. This time the small talk was both pleasurable and free flowing.  It transpired he’d just been castrated and was still a little woozy. The dog, for goodness sakes. It would have been bad manners, surely, on first acquaintance to ask the driver if he was packing a full payload, wouldn’t you have said? People get touchy about these things.

Instead I enquired after the nature of his work, always a good conversational standby. I was tempted to go for the politically correct “are you working at the moment?” rather than the altogether more threatening “So what do you do?” But he seemed such a jolly soul and so I went for a bit of mischief, trusting my judgement that he would see the irony.  “So, Jan, Polish? You’d be either a plumber or a dentist then?”
He roared with laughter. “You missed out the prostitute!”  I congratulated him on his rejoinder, for he’d trumped me good and proper. Even Zorro seemed to enjoy the joke, depositing as he did a small, warm leak of appreciation on my jeans.  Over the next few kilometres Jan offered me variously a roll-up, water, an apple, chewing gum – his genuine warmth and touching hospitality seemingly limitless. And his good-natured banter flowed throughout the rest of the journey.  “I’m a fruit picker. Strawberries, cherries, grapes, whatever’s in season.  It’s not my job, no, no, I just pick fruit and then run off. Hah! But seriously, I do vineyards mostly. Hard work, long hours and not much money. But I am free spirit. In the winter I go to southern Spain or Morocco to chill out, write bad poetry and paint.” Jan gave me a sly sideways grin before continuing, “yeah, window-frames, doors, ceilings, whatever.”

And then out of nowhere came, “My girlfriend is Belgian.”  I waited for a little elaboration but he obviously felt he’d said enough on that particular matter. Equally I could I think of nothing useful I could add, “that’s nice” somehow seeming a bit limp, or worse still, damning with faint praise. But fortunately Jan moved on, “You’re English, so, ………… Manchester United.”

Was this a question, a statement or perhaps the answer to something I’d missed?  I hesitated briefly before coming to the heart-sinking conclusion that it must be some Euro-Fifa-Fuefa-Falafal Champion’s Kock-out (sic) Cup on which subject, as is evident by now, my knowledge would be woeful. It’s not that I dislike football (that most heinous of crimes against blokeyness) it’s just that it occupies roughly the same amount of my consciousness as Norway’s herring quotas, a subject on which I remain affably indifferent. But for Jan’s sake I racked my brains for something interesting to say about Wayne Rooney (the only player in the team I could name with any degree of confidence) but failed dismally for the same reason I suspect the most ardent of fans might also struggle. So I gave up. “Sorry, Jan. Footy’s not really my thing.” I felt I’d judged his character well enough by that time to know I wouldn’t be the recipient of a pitying glance, but one of bemusement could well have been on the cards.  None of it. He thumped the steering wheel with the palm of his hand and roared “Hah! Me neither!”

Jan, the delightful, witty, fruit-picking Pole, was rapidly moving into the realms of “you’re my best mate you are” when sadly my pilgrimage came to an end. He insisted on going out of his way to drop me at my doorstep, refusing both a contribution to his petrol as well as my offer to adopt the adorable Zorro. It had been a good day – an uplifting experience in more ways than one. I’d faced the cold steel of rejection and made it home bathed in the milk of human kindness and a slight dousing of doggy wee. Not a bad result, considering.

Postscript
Oh yes, that Mercedes. I’d been talking with Kate the editor about writing up my little adventure when Olivier came in to the office. We’d not met before and so we shook hands and exchanged polite nods. Pretty much end of story. Except that a couple of hours later Kate telephoned. “After you left, Olivier said to me “That guy you just had in your office? He was the one we passed on the road at Pollestres the other week. Remember? I said to you – he looks clean, shall we stop? And you said………… nah.”   Priceless!