The apéro in France – should I stay or should I go now?

Did you know that the word ‘apéritif’ comes from the Latin ‘aperire’ meaning to open or uncover? As it is typically served before a meal to whet the appetite, (as opposed to a ‘digestif’, which is served at the end of a meal to aid digestion), it opens both appetites and a bottle or two.

In the mid 19th century, chemist Joseph Dubonnet entered a competition run by the French authorities to find a way of persuading French soldiers in North Africa to drink bitter quinine, to protect themselves against malaria. He created a wine-based drink containing herbs, spices and peels, along with the medicinal quinine. This original aperitif was ‘purely for medicinal purposes’ of course. (Hummm, how many times have we heard that excuse?). It was not really until the 20th century that the social drinking of alcohol before a meal became fashionable.

In 1926, The Larousse Guide to Homemaking suggested drinking “a bowl of bouillon with the fat skimmed off half hour before a meal to stimulate salivation and the secretion of stomach enzymes and increase the production of pepsin in the gastric juice.’  Fortunately it didn’t catch on! 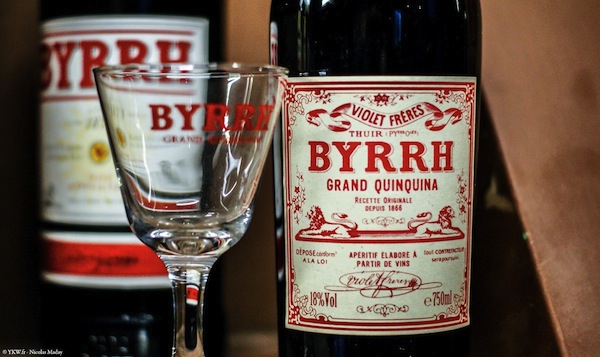 Of  course we must start with this local red-wine-based quinine drink created in 1866 by Simon Violet in Thuir and promoted as “tonic, stimulant and hygienic”. In fact, the Caves Byrrh, now part of the Pernod-Ricard group, is apparently the largest producer of wine-based aperitifs in France. 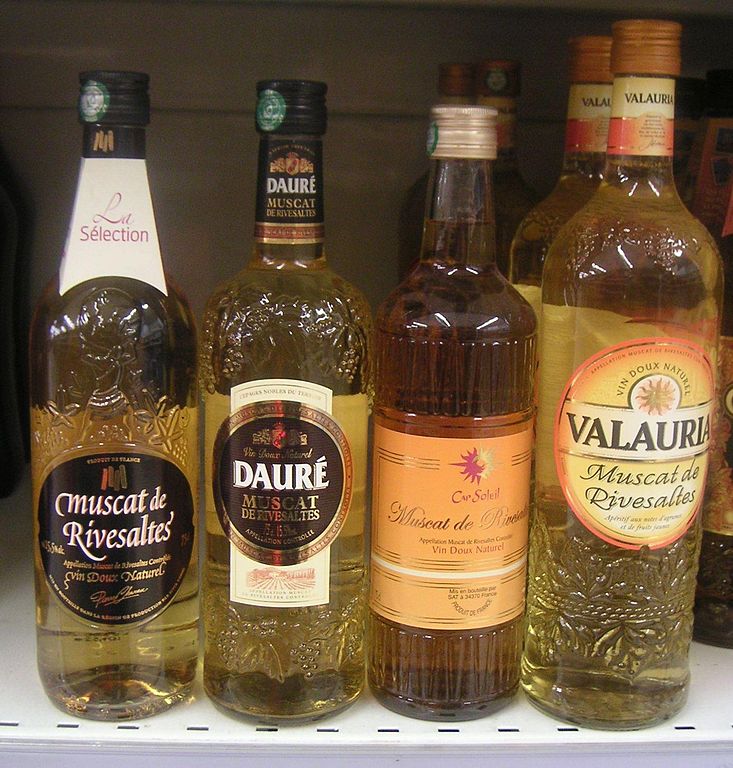 Muscat de Rivesaltes
This fortified wine (vin doux naturel) from the Roussillon must be at least 15 per cent by volume, and whilst it is usually served as an aperitif, it is often drunk by the glass in bars and cafes. Known to go particularly well with foie gras, white meats, fish, a good Muscat should be drunk at a temperature of 8° to 10° for the best flavour. One of the oldest grape families in the world, Muscat grapes are believed to have originated in the Middle East, and have a distinctive sweet floral aroma, , 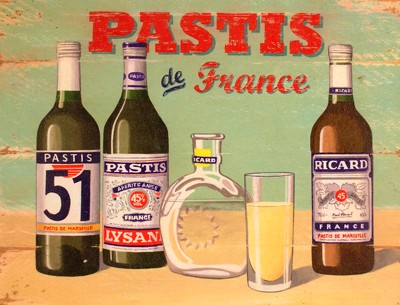 One of France’s national treasures, a result of soaking anise, liquorice root and other aromatics in alcohol, pastis became popular in the 1920’S after absinthe was made illegal. ( Pernod was  the original absinthe maker). It is produced under many labels, each having its own secret recipe and variation. 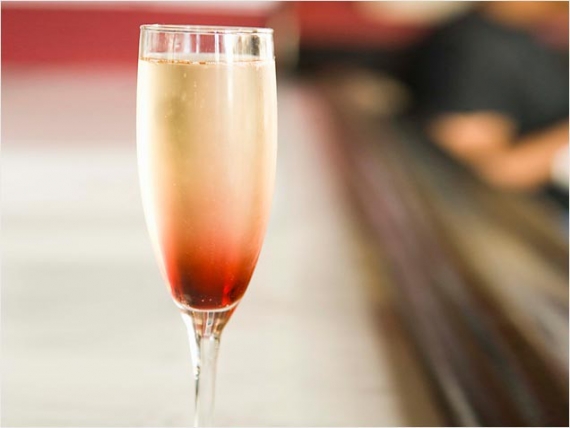 A mix of white wine and crème de cassis (Kir), or champagne/fizzy wine and cassis (Kir Royal), this drink is actually named after Canon Felix Kir, priest and hero of the French resistance during World War II and mayor of Dijon from 1945-1968. 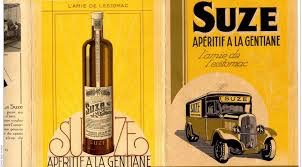 Distilled from the roots of the gentian plant, and immortalised in a Pablo Picasso collage entitled “Glass and bottle of Suze”, it is believed that Suze was created by Fernand Moureaux in 1885 and named after his sister-in-law, Suzanne, who was known to be partial to a drop or two of the hard stuff!

…….. it’s a social occasion, a time for friends, families and neighbours to get together….. before returning to their own homes for dinner. So what are the popular drinks round here and how long  should an ‘apéro’ last before we run the risk of outstaying our welcome?

‘Apéritifs dînatoires’ have become fashionable recently in France – multiple small sweet and savoury dishes, which can generally be eaten with fingers, including verrines, small glasses filled with layers of food such as hot scallops, salmon, prawns, avocado…