In February hubby had to go away to the UK on business. That day I noticed our llama, Ulyss, sitting by himself in the field, but did not think any more of it. When he was still in the same position the next day I approached him with a bucket of food, but he was not interested. It was then I knew something serious was wrong. By the time I had phoned the vet the first snowflakes were beginning to fall. Ullyss’s eyes were glazing over, and the vet was not optimistic. “Keep him as warm as you can,” he said, leaving me with a bucket of charcoal. Apparently I had to mix this with water and get him to drink it. This could prove interesting, I thought to myself, silently cursing hubby for gallivanting in the UK while I was dealing with sick llamas. I rang our friends Steven and Adele, who, troopers that they are, drove over with some hot water bottles. I covered Ulyss with bales of hay, tucked the hot water bottles inside and squirted some of the charcoal drink down his neck, but it seemed hopeless. 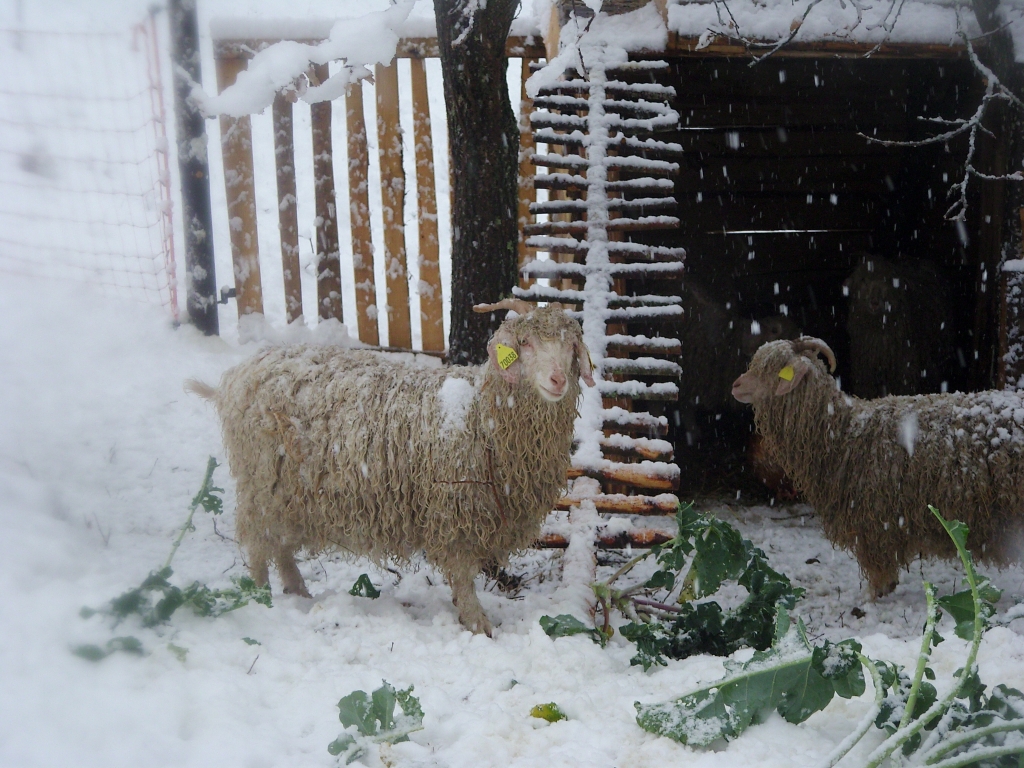 I did not sleep well that night, and the next morning my fears were confirmed when I saw his lifeless body in the field. It seemed that the lucerne hay we had fed the animals had too high a protein content and this had killed him. Another sad lesson learned.

In March the region experienced the heaviest snowfall in living memory. We watched as the level of the snow gradually built over the course of the day. By late afternoon it was at the height of the window sills and rising. Our friends in Corsavy rang to ask us to help bring their shetland ponies and our two llamas down from the field at La Taillede. The snow was so thick we could not even get the Land Rover up the mile-long track to the field. Leaving the vehicle behind, we continued on foot, wading through snow as high as our waists, pulling the children behind us on sledges.  Bringing the animals back down to the village, occasionally one of us plus pony or llama would suddenly disappear into a snow hole, and we all laughed, but at the backs of our minds we had visions of our poor goats buried under the snow.

By late spring we could no longer believe that our goats were still surviving in the wild and had given up all attempts to find them. One day in April, Lumberjack Andrew pulled up outside our house in his Land Rover. “I’ve got something you might want in the back of the car. Something to keep your grass down. Come and take a look,” he said. Thinking he had brought us some kind of lawnmower, I followed him to his car. Staring back at me, out of his back window were five penitent goats. Looking a little the worse for wear, and in need of a cut and blow-dry, were our girls and Billy. 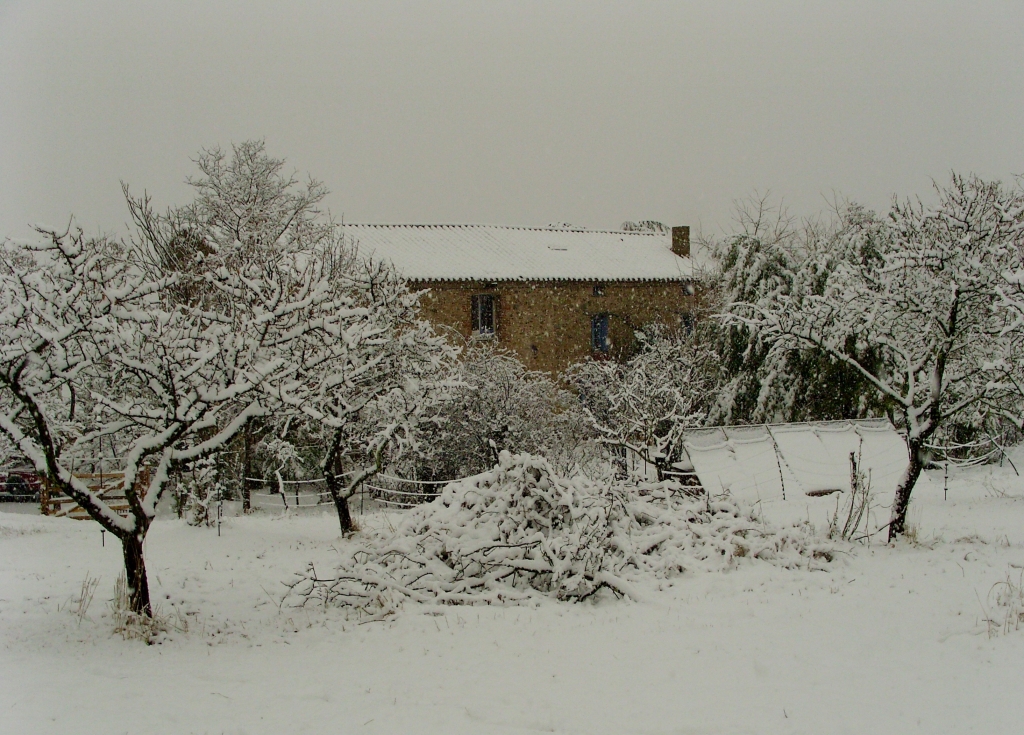 The goats had been caught by the forest ranger, who apparently had been none too pleased at having goats in his forest, eating his saplings. He reported they had all jumped willingly into his van, except for one, which he had had to catch. The next day the first baby was born, healthy and a good size. The day after that, the second, this time very frail and undersized. We stayed up that night, holding the baby onto the teat so it could get that vital first milk, and it too survived. We guessed that the goat which had not jumped into the ranger’s van had already given birth but whether her baby had been alive or dead we would never know.

In the meantime we had been dreading a phone call from Screenwriter Man. We had visited his partner J in hospital, where she was recovering from his attempt to poison her (or so she alleged). She told us that while she was in the clinic, SM had visited a car dealer in Perpignan and used one of her cheques to buy a brand new 4X4. A few days later the cheque bounced and the dealer arrived to reclaim his vehicle. A fight broke out in which SM attacked the dealer, and was duly carted off by the gendarmes. She also asked us not to allow him the use of our trailer as he had been chopping down her trees and using it to sell the logs. When J came home from hospital she sensibly changed the locks and threw all his clothes into the swimming pool. SM took up residence at a local camping site, taking J’s car with him.

We had been expecting a call from SM to request the use of our trailer so he could continue his little sideline of selling off J’s trees, but none came. (We found out at a later date that he had also been duping his customers by only delivering half the quantities they had paid for.) Instead of the expected call from SM we received a call from J, asking us to drive over to the campsite and retrieve her car. Hubby thought I was crazy but I did phone SM to try and say, as diplomatically as I could, that the car belonged to J and she needed it back. For my trouble I received an ear-full of abuse and had to put the phone down. After that day we resolved to not having any more to do with either of them. But unfortunately it didn’t work out quite like that.