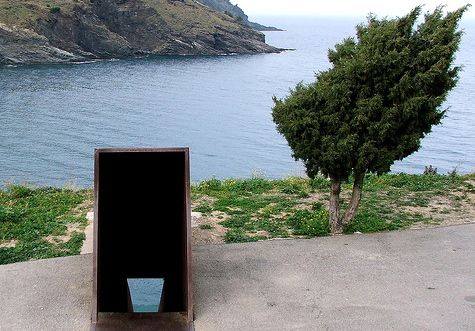 Dani Karavan is best known locally for his brushed steel Walter Benjamin memorial slicing through a cliff above the sea at Port Bou.

Benjamin, the German Jewish philosopher, seeking a passage to freedom in 1940, took his own life rather than face the threat of being sent back over the border to Nazi-occupied France . 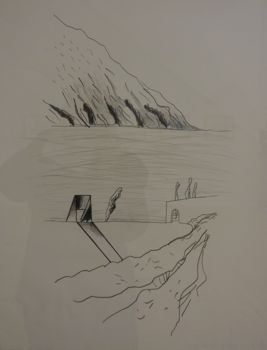 From 14 March to 31 May the museum of Ceret presents a retrospective of Karavan’s work.  Starting with the memorial in Port Bou, with accompanying sketches and plans, the exhibition shows Karavan‘s monumental landscape sculptures all over the world, including current projects in France, Japan and Israel.

An introductory film about Karavan, entitled “Form and Place”    points out  the  elements which link all of the artist’s creations: perspective, light, dark, earth, water, stone, trees, columns, steps, bridges.

Each of his projects tells a story to mark a historical moment.  In the end he works within the paradox of “the life which death makes possible”, building something positive out of the horror that went before.

In one room wooden building blocks, paper and coloured pencils are available on a big table with the invitation to create your own forms.   During my visit three children and one adult were engrossed in constructing their individual designs. 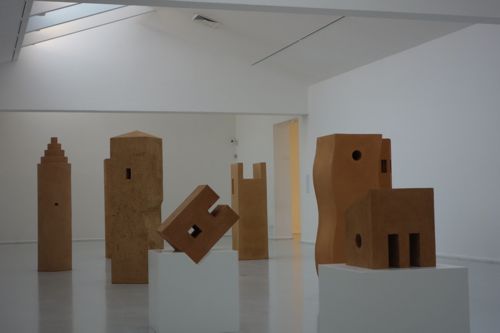 The exhibition ends with Karavan’s most recent works: clay tablets and   earth-coloured chimney-like columns, forms at once ancient and modern, suggesting that history is always with us.