Meet the people who live and work in the PO

We talk of sea and mountain, sardanes and music, art, wine, exhibitions, street processions, blue skies and sunshine, dancing and singing – but what of the people who live and work in the Roussillon? Time to  meet some of those who stoke the great machine that is the Pyrénées-Orientales. 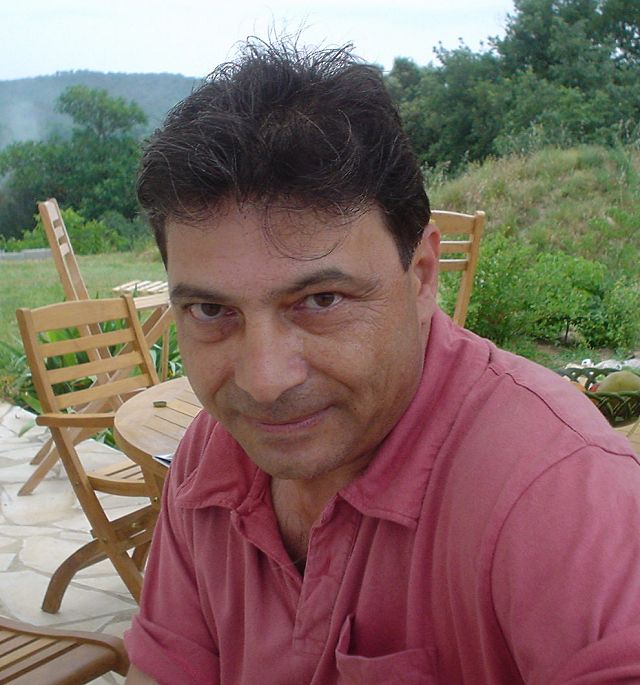 He developed a love of music early on in life along with a fascination for leather craftwork, neither of which he realy exploited in his younger years

In his early 20’s, in Perpignan, he met Paul Martin, 10 years his senior and a superb guitar player, who was to play a dominant role in Sam’s life over the years. Seeing in Sam a willing pupil, Paul took him under his wing and together, with their partners, they moved to Vinça in the Pyrénées-Orientales, where they spent their time playing guitar.

When Paul’s guitar strap broke, he made himself a new one out of leather which so impressed the owner of a Perpignan guitar shop that he persuaded Paul to start making and selling these straps with Sam a willing helper. It was at this stage in his life that music and leatherwork started moving forward hand in hand.

When they tried to sell their samples in Paris however, their scruffy appearances put shops off and they were eventually obliged to sell their leather straps through an agent. The straps took off and the business was on the up when Paul was tragically killed in a car accident and Paul Martin guitar straps were no more.

Sam shuffled around from job to job, lost. An accident at work severely damaged his left hand, his partner left him on his own with his 5 year old daughter and he knew he had to sort himself out and make some life decisions. He asked his young daughter what he should do – try to make a career out of leather or play music and she replied “Choose whichever of the two will buy me the most shoes”! He bought himself a sewing machine!

Sam taught himself to sew, designing bags, shoes and leather goods. In a stroke of luck, a friend’s mother saw one of his bags and put him in contact with a large leather shop in Paris who offered him a contract. He was back in the game.

Music was still an important part of Sam’s life and at this point he gave up his business to spend time recreating the Paul Martin guitar straps and playing gigs around the region. When he met his wife, she encouraged him to open up a leather shop in the Rue St Ferréol in Céret. Today, he still lives in Céret where he has turned the basement of his house into a recording studio for music and a workshop for leather goods – the best of both words!

If you would like to see some of Sam’s work, commission a hand made guitar strap or leather work, clothes, bags, you can contact Sam on 04 68 87 67 21
E mail: paulmartinprod or visit his website at paulmartinprod.com

Born in November in Algeria – her dad worked in the Army – Marie-Claude spent her childhood in La Rochelle. She worked in the UK , first as a teacher, then as a receptionist, before moving back to Paris for about 6 years. She then went back to England and worked there til she retired. Looking for a nice, sunny place to enjoy her retirement, she discovered Saint-Cyprien thanks to 2 friends from Paris who happened to have a flat there. She fell in love with the place straight ahead.

“I cannot describe how unique and how special the light is here. The sky sometimes is illuminated by these pink, orange and red shadings, it simply looks amazing! I wish I knew how to paint! Unfortunately, I can’t even draw my cat…!”

Her cat, Sasha, rules the house. She spoils him a lot and he knows how to take advantage of it!
After 11 years in the PO, Marie-Claude still remembers her first night in Saint-Cyprien. She couldn’t sleep because it was too… QUIET! As she went oustside to check if the end of the world was close, she was struck by the sight of millions of stars she’d never seen before!

Although our almost-English lady misses the English queueing system, politeness and shopping malls, she wouldn’t leave the region anymore. Her favourite time of year? It’s the beginning of September, that time of year when tourists have left, when the sea is still warm and the sun still shining…

A perfect day would be to go and spend the day at the very relaxing hot springs in Llo, have “Muscat Mousseux” for apéritif in Collioure, and go to “Le Melrose”, a restaurant in Saint-Cyprien, “the best in the region for fish!”

A perfect day could also include Eus, the sunniest village in France (345 days a year, no there is no typing mistake, 345, oui oui!!!), only 30 mins away from Perpignan. Or a trip to Queribus, a Cathars castle, perched on top of a cliff on the way to Foix! And for lunch, why not taste the delicious “Boles de Picolat”, Catalan meatballs?

Marie-Claude knows spots that we pass without knowing they’re there! “If you drive to Spain to fill up your booze cabinet, don’t miss out the Bellegarde fortress in Le Perthus, maybe make a picnic stop there! It is really a special place!”

The region is blessed with nice walks , although our “Cyprianaise” claims not to be very fit for any kind of sport! Once she suffered a whole week after a yoga session… However, she got dragged by her friend Nicole on one of her weekly walks. (Nicole went trekking in Nepal, so it is easy to understand Marie-Claude’s anxiousness!!!) “Well, actually, it wasn’t that hard. We went to the natural reserve of the Eyne Valley, where you can admire lots of different species of plants.
Marie-Claude also pointed out how important it is to learn the language (come on guys, French is not that “difficile”!) “Don’t be shy, go to bars, markets, to any events and meet the locals! But above all, forget the phrase “but in the UK, we do it like this!”