Filmed in the P-O 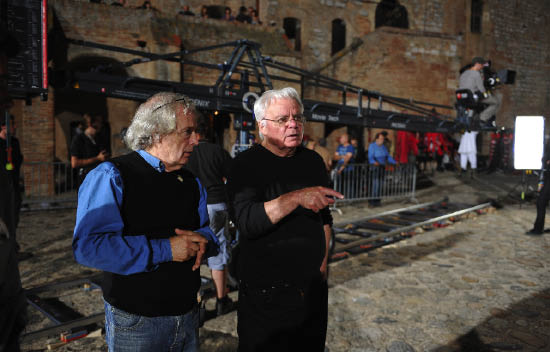 This made-for-televison film directed by Hervé Basler has received financial support from the Languedoc-Roussillon for its production. Technicians, actors and extras from the region participated in the shooting which took place in the Fortress of Salses, (see photo above)  the Abbey of Fontfroide, the Pont du Gard and the Chartreuse de Villeneuve les Avignon from 2nd to 22nd October 2009.

Synopsis:
the film tells  of François Rabelais, monk,  doctor,  writer,   teacher of philosophy, theology, law, music and poetry…….  Three days before his death, in 1553, he looks back on his life and relives  his childhood.

Young monk in the convent of the Cordeliers, eager to discover new people and places,  constantly  driven by the urge to learn, he falls in love and has to chose between leaving the order and becoming husband and father or following the path of religion. He choses the latter (although the lady is pregnant!) and heads for Rome where he is shocked by the debauchery of the Mardi Gras celebrations.
More info http://www.francoisrabelaislefilm.com