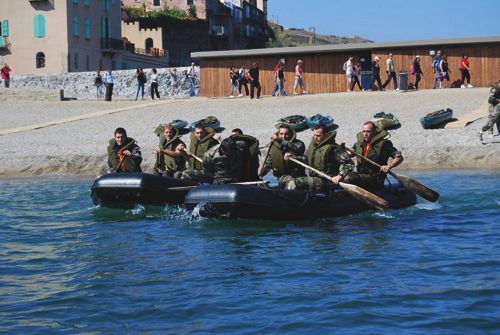 Who are the camouflaged, black- faced creatures racing kayaks   or dangling from a parachute in the bay of Collioure? Where do they come from? Why are they there?

CNEC (Centre National d’Entrainement de Commando) trains men and women in the armed services to survive in war zones.  In the mountains around Mont Louis (the highest garrison in France) and in the sea at Collioure trainees, subjected to permanent mental stress and physical fatigue, learn to manage both and find the strength to accomplish their military objective.

While military personnel account for the majority (about 3500 a year) of trainees, CNEC has developed programmes for sports teams like USAP, groups of war journalists and young people in social reinsertion projects as well as companies of police and firemen. 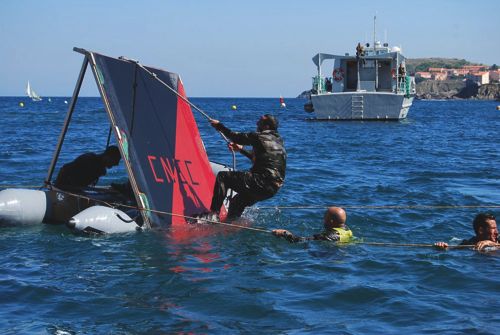 You too can throw yourself off a cliff and clamber up a vertical wall, slosh and slither through a marine obstacle course and crawl up the beach from the sea. On the weekend of 26 and 27 July, CNEC is host to its yearly Open Day at Fort Mirador in Collioure. Why not put your powers to the test and go commando for a day?