Collioure 2nd most popular town – AirBNB has just published a list of ‘most popular towns in France according to their users’ and Collioure is the runner up.   It was beaten by the town of Morzine (Auvergne-Rhone-Alpes), which I have never heard of.

Occitanie tops the list – in a much sadder ‘league table’, Occitanie holds the record for the most drownings this summer.  There have been 902 accidental drownings recorded in France since June 1st – of which 158 took place in Occitanie, resulting in 23 deaths.  There have been twice as many drownings compared to last year’s figures – but this can be attributed to the heatwave, and also to the fact that the system of reporting incidents is much more efficient now.

Golf course at Villeneuve-de-la-Raho – After many many years of discussions and ‘administrative difficulties’ it looks as if authorities will finally give the go-ahead for a new 18 hole golf-course, luxury hotel and club-house.  The 37 million euro project will be funded by a private investor and work could start as soon as January.  However, the public inquiry is still taking place. 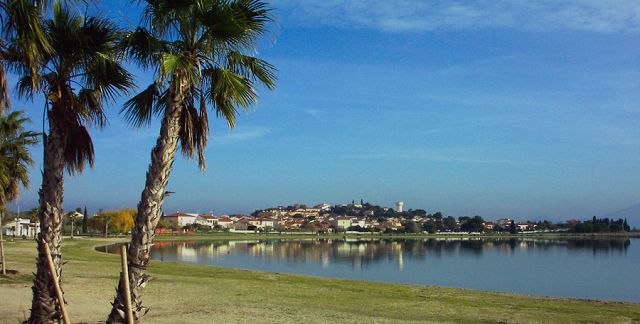 Fire at Estagel – 5 Hectares of land went up in smoke last Thursday on the outskirts of Estagel.  70 firefighters, aided by the water-bomb helicopter, battled all afternoon, and the fire was safely extinguished, with no reports of injuries.  The cause of the fire is unknown.

Two Catalans and a Rugby Ball – in a story combining Sports and Tourism news, 2 young Catalans have shot a promotional video of the department, which has received over 40,000 in just a few days.  The ‘plot’ is that the 2 young men are playing rugby on the pitch at Port Vendres, the ball is kicked too far, and we follow its journey around 30 other places across the Pyrénées-Orientales.  I am not too sure why we see Father Christmas in Scene 2, but the video covers Collioure, Llauro, Sainte-Colombe and gives a great ‘taste’ of the region.  The video can be found here:  Rugby in Pays Catalan

‘They arrived at the shopping centre in swimwear – and left fully dressed” – When I first read the title of this article I assumed it was a story about shoplifting.  In fact it was a promotional idea by the shopping centre in Claira where they offered to give 2 articles of clothing to the first 50 people who turned up in swimwear.  Over 200 very under-dressed people were queueing outside the doors at 6pm.  Luckily the video published on the ‘Independent’ website seems to have been removed!