Perpignan has been elected ‘Capital de la Sardana 2019’ as the official dance of Catalonia is elevated to the rank of art.

The title “Capital de la Sardana”, awarded each year to a different town, was created in 2013, a change to the former “Ciutat Pubilla de la Sardana” set up in 1960 by the Obra del Ballet Popular (Barcelona) to promote and develop the Sardana in north and south of Catalonia and Andorra.

Cultural and fun activities will be organised to promote the dance and music, including introductory dance courses, various exhibitions of traditional and modern instruments, dance demonstrations, a Sardana Championship, award ceremonies, period films and concerts and lots of surprises.

The Sardane is a traditional Catalan circle dance, believed to be of Greek origin, designed to bring whole villages out into the streets, and get them in party mood – a little like a more complicated version of the ’hokey cokey’ in fact! 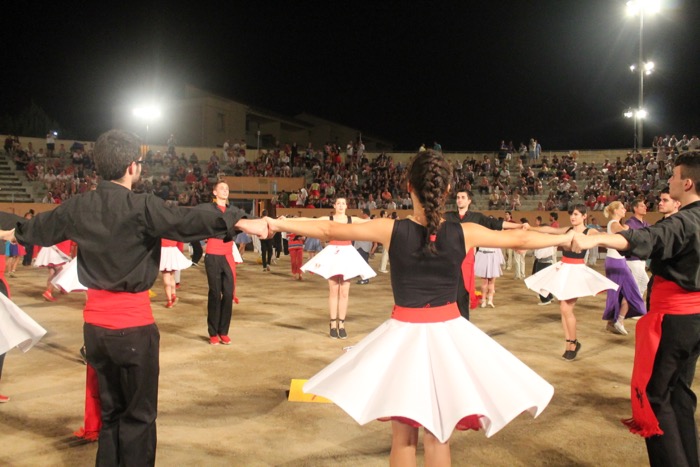 Music for the sardane is played by a cobla, a wind band with double bass consisting of 12 instruments played by 11 musicians. Four of these instruments (tenora, tible, flabiol and tamborí) are typical Catalan instruments along with the more traditional trumpet, trombone, fiscorn and double bass. The makeup of a cobla never varies.

He resented the Catalan national pride and desire for independence and considered it  to be arrogant.

He therefore enforced bans against certain aspects of Catalan culture, language and heritage, to force the Catalans to conform with the rest of Spain. 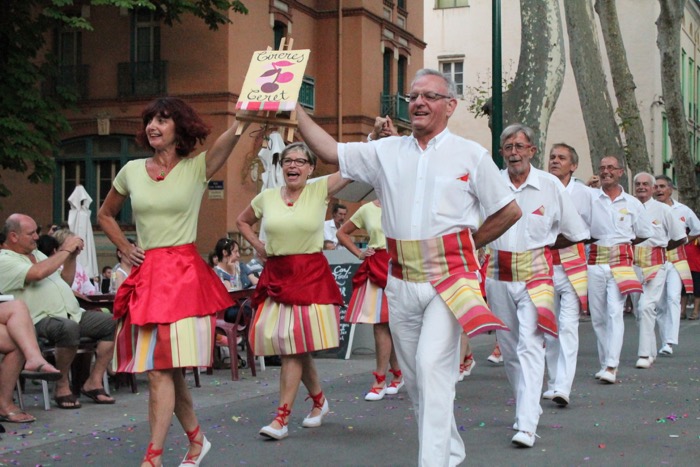 Not for the first time, the speaking of Catalan was banned. So was the Sardane.

In a paranoid country, where walls had ears and spies were commonplace, Franco believed dancers were passing on coded messages with their feet!

In fact, the banning served only to strengthen the national unity and fierce pride of the Catalans, which could not be extinguished, even under the rule of a dictator. 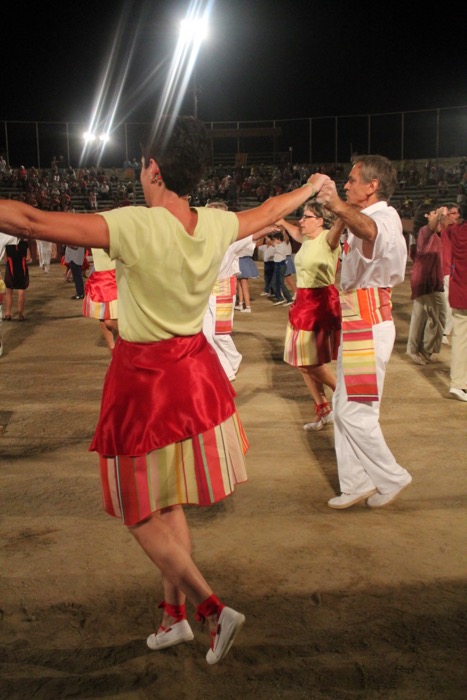 The Sardane brought together all ages and classes, linked them to each other as they raised their heads and hands and declared their  ‘Catalanité’

Join in the next time you see a Sardane starting up. The more the merrier!

FIND OUT ABOUT THE RETIRADA