Apart from a couple of sweet wines, Banyuls and Maury, PO has long been a backwater in the French wine world. Things are changing, though, as the department and its region has become a leading producer of vin nature.

The term itself—‘natural wine’—causes certain confusion. ‘Nature’ implies ‘bio’—no pesticides, herbicides, chemical fertilizers—but it’s when the grapes are ready to pick that the line is drawn. Organic wines may contain machine-picked grapes, and may be artificially yeasted, filtered, fined and sulphited as they proceed bottleward. All of this is taboo in natural wines, which is also entirely self-regulated; producers simply adhere to self-imposed rules. Some go for ‘bio’ certification, but there’s no such official stamp for ‘nature’. Better it stays that way.

But back to the point here, that somehow our little patch of the Hexagon became a leader in a small but growing sector. In France, the world leader, only Burgundy can compete with PO in terms of numbers of natural wine producers. Why here? A couple of reasons: terroir and politics. 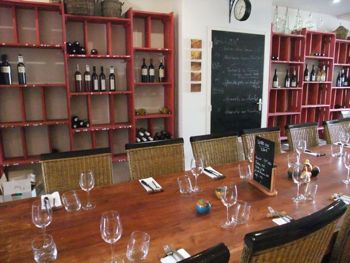 Sometime in the sixties, the Ministry of Agriculture decided that Roussillon, PO included, would best serve the nation if it concentrated on producing plonk, while some suspect that much of the harvest ended up in bottles bearing the names of some of the country’s more prestigious appellations.

The upshot was that ‘Roussillon’ became synonymous with cheap wine, devaluating the terroir in the deal.

Good, exceptionally varied terroir, relatively cheap at that. And no need to conform stylistically to an established name. So where was an experimental winemaker to go?

Some say it’s the true essence of the terroir and the maker; others point out that humankind has been intervening in natural oenological processes since time began. The only thing to do is try it and decide for yourself.

You won’t find vin nature on the shelves at Auchan. And expect to pay a minimum of 10 euro for a bottle. But console yourself with the thought of how much work, mental and physical, went into it.

French natural wine producers are listed at www.lesvinsnaturels.org and www.vinsnaturels.fr. In the meantime, two good places to start (or continue) tasting are El Xadic del Mar (11, avenue du Puig-del-Mas, Banyuls-sur-mer; tel. 04 68 88 89 20) and Via dels Vins (43 bis avenue Maréchal Leclerc, Perpignan; tel. 04 68 67 84 96). Both offer excellent food and an extensive list of natural wines to drink in situ or take away.