The worst Christmas ever?

As Christmas approached the previous owner of our mas and his two daughters prepared to move out of The Other End. We were highly excited to see (for only the second time) the rest of the house that we had purchased.

And not more than a little curious to see how they had been living all these months. To get into the front door of The Other End one had to climb up a large pile of rubble, and once through the door one found oneself in a warren of small, dark rooms. One of these was the bathroom, which contained a rusty old bath, the hot water being supplied by an ancient boiler suspended a couple of feet from the floor, attached to the wall. From these rooms one ascended a half-built staircase to more rooms above. The walls for these rooms were not finished and the windows were rotten and highly dangerous. Another mezzanine floor above consisted of only a few joists with an old ladder for access. 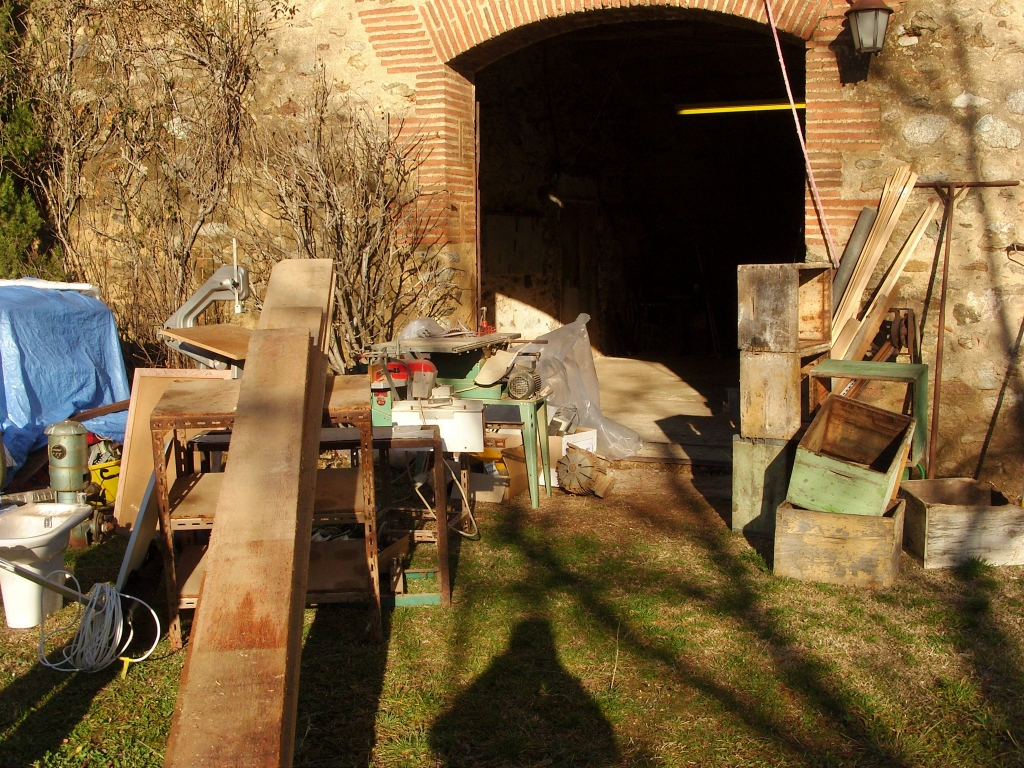 We were also surprised and a little dismayed to see that the vendor had not taken his rubbish with him. Mountains of old furniture, machine parts and old beehives were still rotting away in the barn and yoga-studio-to-be. Bill suggested we go into the Mairie to ask how we could get rid of it all. He was not capable of any communication in French whatsoever so this was obviously the Royal ‘we’.  Suffice it to say that I had only scraped a pass at ‘O’ level in French and that was many, many moons ago. This would be my first attempt to communicate with the-powers-that-be and I was quite worried about the whole thing. Taking my courage in both hands, I marched into the Mairie. When I emerged five minutes later I told my incredulous husband that it was arranged for a lorry to come up on the 5th of January to clear the lot out. “How much will that be?” he asked, a tad nervously.

“Not a bean,” I said. I could see by the look on his face he didn’t believe a word of it.

But Christmas was coming and we were both excited to be welcoming our son and daughter to our new home for the holiday. A fall of snow really put us in the mood, and we went into the field and cut our own Christmas tree. The house was glittering with trashy decorations from Gifi and we had food enough to feed an army. 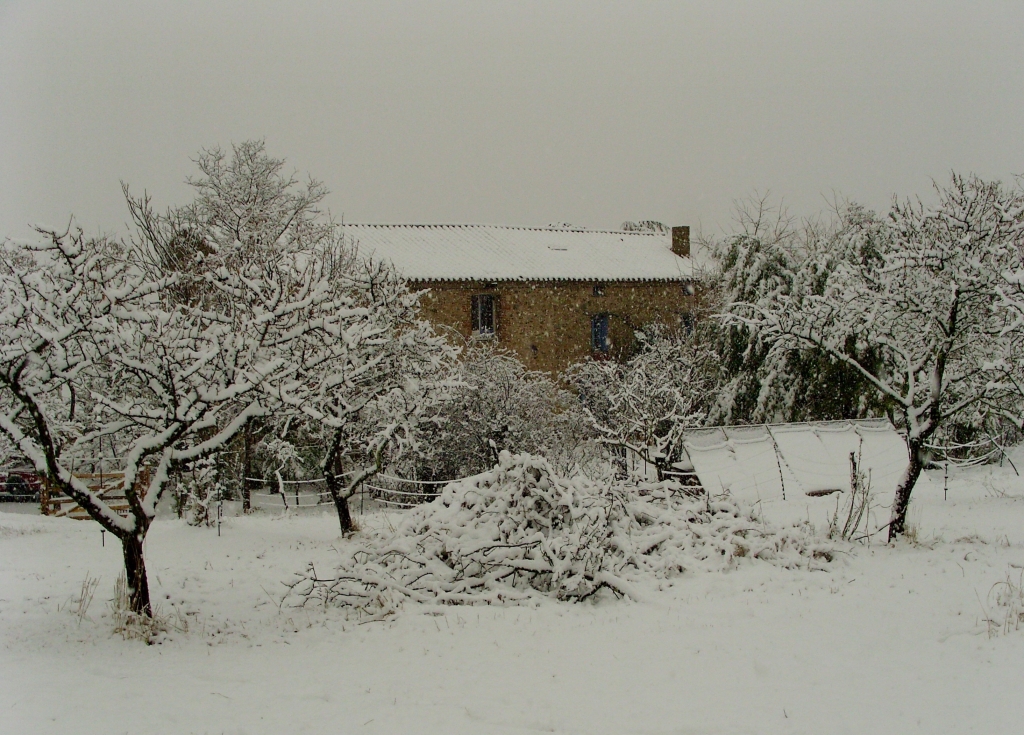 Then the daughter rang to say she had missed her train. “Never mind,” we said. “Get a lift down with your brother. He’s driving down in a couple of days. Oh yes, he’s bringing that wood steamer thing.”

On the 21st December our son rang. I could tell something was up by the tone of his voice. “I can’t find my passport,” he said. Bill and I called a war meeting. We still didn’t have any internet so we sat in the Internet cafe in Ceret while I searched for a hotel on the English coast and Bill looked for ways to get us across the Channel. It was like an Anneka Rice challenge only without the fun.

To cut a long story short, we spent a miserable Christmas in a hotel in Bournemouth. As all the restaurants were full we wandered idly along the beach in the rain and gloom, eating left-overs from the hotel breakfast. Then it was time for the long drive back, only this time with a weapon of mass destruction, otherwise known as the steam bomb, balanced precariously on the top of our van. A few miles from Bournemouth a huge crash made us both fear that the thing was about to flatten the van and us with it. But it was only that one of the bolts on the flange had dropped off.

“How on earth are we going to explain this thing?” I said to Bill as we entered the queue for the Channel tunnel. Fortunately, nobody blinked an eyelid. This was before the days of terrorist attacks in Paris, of course.

We were back in time for a New Year’s party at a friend’s house in Ceret. An odd assortment of English, French and Spanish danced around a raging bonfire in the back garden. The French and Spanish were quite bemused by the British insistence on a rowdy Auld Lange Syne at 2 in the morning. The rest of Ceret appeared to be dead.

It was a new year, and other than a mountain or two of rubbish, we finally had our new house to ourselves. We set to, throwing all of the junk onto the lawn and waited nervously to see whether the Mairie would keep its promise. It was also time to meet the neighbours.