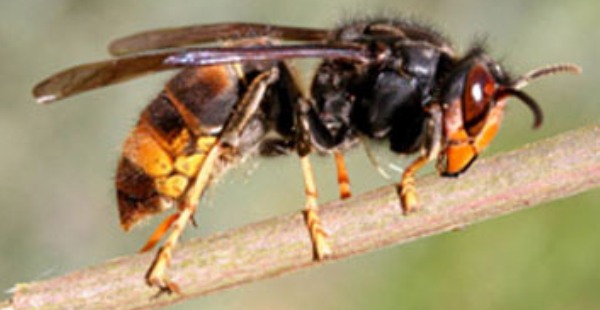 Watch out for the ’frelon Asiatique’ or Asian hornet, (Vespa velutina) a rather nasty species of bee-eating hornet, native to China.

Easily recognisable by their orange heads and yellow feet, these 3cm-long insects are spreading around France and into northern Spain, believed to have been accidentally imported in boxes of pottery from China in 2004.

The authorities warn people not to attempt to destroy these football-shaped nests themselves but to call in specialists, as the hornets attack en masse if they feel their nest is threatened. Whilst they are no more aggressive than the European hornet, they build much larger nests, up to a metre in height, leading to larger colonies and more chance of attack. 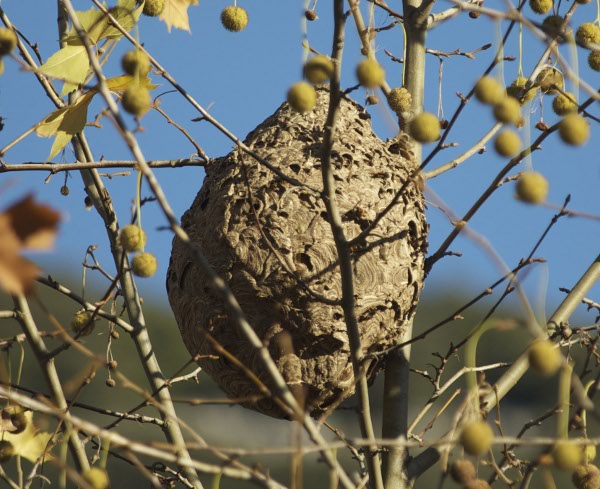 Most important, these two-inch-long Asian hornets pose a terrible danger to our honeybees. They hover outside a beehive, and pick off single bees as they fly in and out, decapitating them, stripping off their wings and legs, and taking the ‘meat ball’ back to their nest to feed their young.
They will often keep on doing this until the colony is so exhausted that they can move in and ransack it. Nasty little blighters. 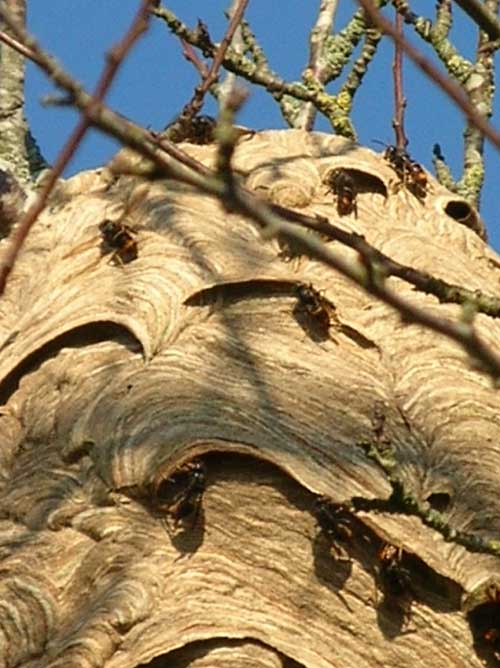 In their native Asia, honeybees developed a defence strategy of encircling the hornet and flapping their wings until it overheats and and dies but bees in France have not yet worked out any effective tactics.

Small nests with only a queen at the beginning of the season can be destroyed using a powerful aerosol wasp spray with caution.
Larger nests should be destroyed urgently by a competent person equipped for the job. Your local Pompiers may perform this service.

Males and workers don’t survive winter so the queens are on their own in early spring.
Around February, they start coming out to feed, a good time to put out traps as each queen creates around 2 000 – 3 000 individual hornets.

Make 3 holes in a plastic water bottle and pour in around 10 cm of a mixture made up of 1/3 brown ale, 1/3 white wine and 1/3 sirop de cassis.
Leave it in place until around the end of April, hanging in a tree if possible. Change the mixture from time to time and destroy any queen hornets that aren’t dead.

If you are stung, and have any kind of allergic reaction, ring the emergency services on 15.