The Unhappy Fate of Winston

The loss of our beautiful fat cockerel and 24 hens had been a blow, but despite what you might think, not everything in our new life was a complete disaster. The wildlife pond had turned out to be one of hubby’s more successful projects. Although a good number of aquatic plants had died, the fish population had flourished and this part of the garden had become a haven for wildlife — insects, frogs, toads and snakes had all taken up residence. But it wasn’t all plain sailing. Mr Guppy, the plump fish with the beautiful tail, was the first to disappear. And then, one spring, a heron discovered the pond and cleared it of fish overnight.

Hubby was enraged, and sat in a tree at 5 o’clock the next morning to catch the culprit but the heron was too clever for him. It sat watching him from the top of an adjacent fir tree. Hubby doesn’t take too kindly to people getting the better of him, and definitely not if it happens to be a heron, so he rigged up a complicated system designed to spray an intruder with water but this only resulted in me getting soaked whenever I went down to the vegetable patch to do the weeding. But luckily a few fish had survived and after a few weeks they ventured back to the surface and in time repopulated the pond again. 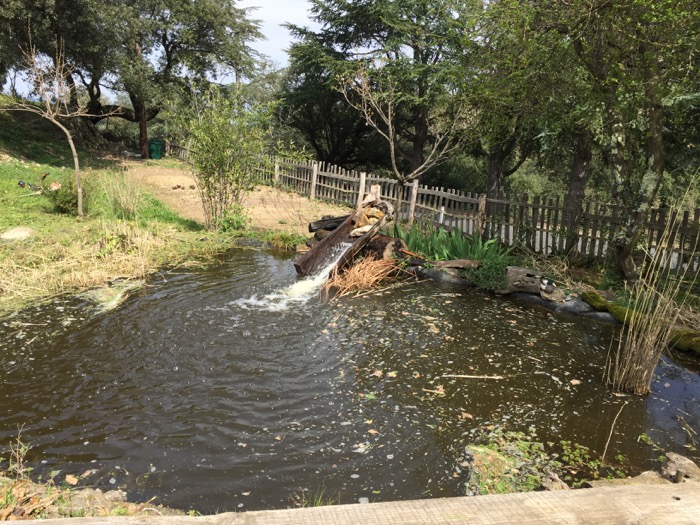 The following year I was in the UK when hubby rang me in a state of some excitement. Something had eaten the heads of all the fish and left the bodies arranged in a circle around the pond, as if carrying out some kind of black magic ritual. We had no idea what could have done this, and hubby resolved to get up early the next morning to find out. In a phone call the next day he told me he had seen an otter walking down the garden path in front of him, get into the pool, splash about on its back, then walk to the house and peer in through the patio doors. I didn’t believe him. 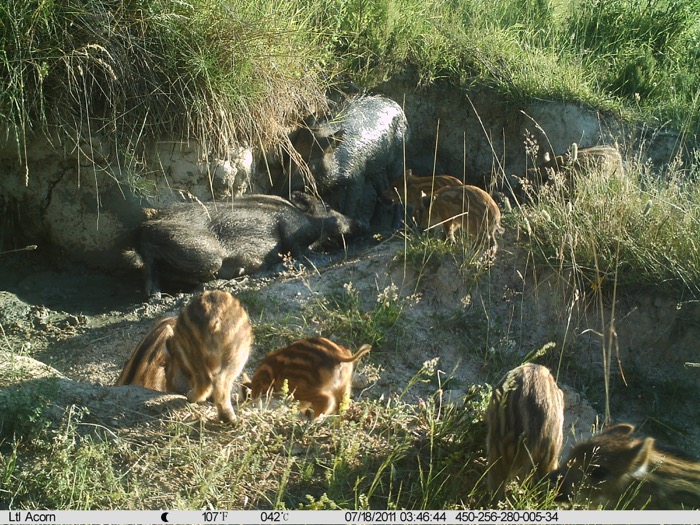 In the meantime, we were having trouble with less welcome wildlife which had apparently taken up residence in the house. A holidaymaker hadn’t been too impressed when a mouse had scuttled across the kitchen floor and disappeared behind the fridge. It was not surprising there were mice in and around the house as Frank the cat had long since disappeared and with the supplies of chicken food, we must have been offering five-star accommodation to this kind of wildlife as well.

The old part of the house has a large, open-plan attic bedroom and bathroom. When some visitors were due, although the beds had already been made the day before their arrival I decided to freshen the beds up and change the sheets. Just as well I did. Under a pillow I found a small cache of sunflower seeds. 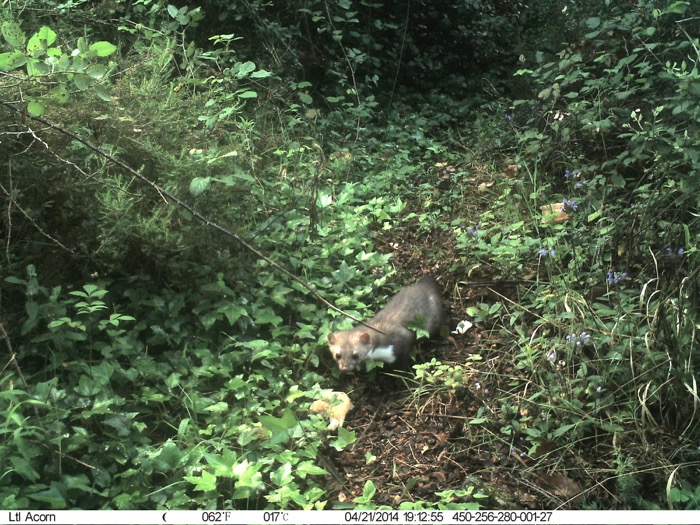 “What on earth could have done this, and how did it get in?” I said to hubby, who dismissed the whole thing as a figment of my imagination. The next day, in a cupboard under the eaves I found a miniature cairn of stones. This was mystifying, a mouse didn’t have the strength to lift those stones and all I could think of was dormice — bad news in a house as they destroy wiring and disturb house guests! We adopted a ginger tom cat, whom we named, to avoid confusion – Frank.

Gyp the dog was lying on his back in his accustomed position under the dining table when Frank the Second, marched into the room. Totally unfazed by the dog, Frank stalked past, tail in the air. Gyp could not have been any more mortified at the unexpected arrival of this … thing! The cat curled his tail around Gyp’s muzzle. Frank had arrived. 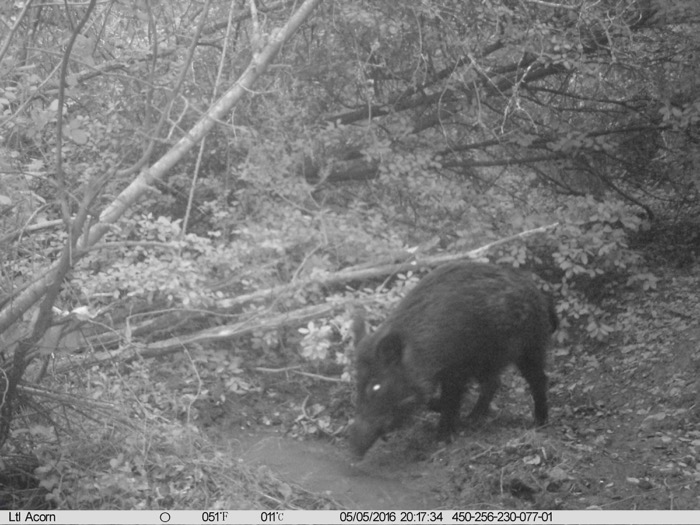 Our neighbour’s flock of about 20 sheep were also becoming a problem. As I’ve explained in a previous blog, these are left free to wander at will around the neighbourhood. At times they venture into our garden, where they gallop about like maniacs and devour as many of our plants as possible — a bit like the Tesco sprint. Hubby built a fence to prevent this from happening again. But one day a couple of French neighbours walked up the drive and accosted hubby.
“Your sheep have destroyed our fence and our garden,” they said. This was in French but hubby got the drift. Luckily he had the presence of mind to ask if the sheep were brown or white.
“White,” the men replied. “You will have to compensate us.”
Hubby waved his arm in the direction of our shepherdess neighbour. 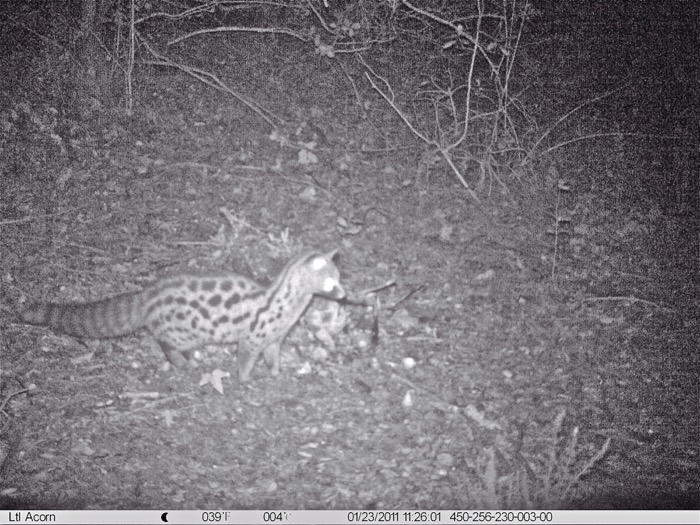 Eventually, the issue of what it was that hubby had seen splashing on its back in the fish pond was resolved — and hubby vindicated — when his outdoor camera snapped a picture of an otter. Other photographs showed all manner of wildlife nosing around our woodland and adjacent area: deer, boar, foxes, pine martens, the otter and, most exciting of all, a large cat with a striped tail called a genet. Perhaps we had also cleared up the crime statistics by finding the culprit responsible for the theft and abduction of Winston the cockerel and his 24 wives.