The Conflent is a place of mysteries. Many of our visitors comment that there is a magic about this place which cannot quite be explained in words. And they are right. It seems to have a supernatural aura about it. Perhaps the morning mist round the sacred mountain summit of the Canigou is really ectoplasm. Or perhaps it has something to do with the Cathars, who had their heyday nearby in the 12th century. 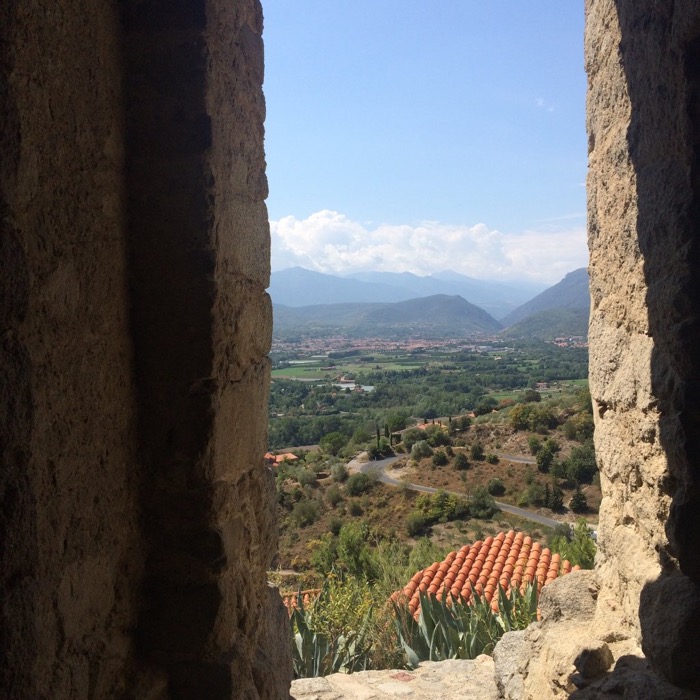 The Cathar religion flourished greatly in Southern France during the 12th and 13th centuries. It was a gentle cult, and for its time socially advanced, treating men and women as equals and drawing its priesthood, parfaits or good men as they were called, from all parts of the laity.

The world for them was an evil place, though they believed that good could be brought into it through righteous living. It persuaded by example and good living rather than intimidated with the threat of imminent hell. It considered the Catholic church to be morally and spiritually corrupt, which, at the time of the inquisition in this area had much basis in truth.

The devotions and the consolamentum, perhaps the equivalent of catholic extreme unction, were carried out in the homes of people. Such a people-focussed religion, a stark contrast to the ‘believe us or we’ll burn you’ approach of the dominant faith was, unsurprisingly, becoming so popular among the people of the area that it began to present a serious threat to the religious establishment.

Not unpredictably, threatened with a visit to the local job centre, the bishops of the region petitioned the Pope to do something about this menace to their authority.

The then Pope was in full agreement. Despite his name, Innocent III, he was not averse to a spot of gratuitous sadism nor was he well known for his tolerance of religious rights or any other rights for that matter. So he declared Catharism to be a heresy, in that inquisitional era as serious a fault as being a climate Scientist in the USA.

He demanded that the then King of France, Philip the Good, who, like the Pope, hardly lived up to his name, should find a means of destroying the Cathars, preferably in an appropriately cruel fashion, ‘pour désencourager les autres’.

In those days ruthless cruelty and brutality were the approved models for settling disputes and Philip found the perfect man for the job, Simon de Montfort, one of the catholic church’s most zealous psychopaths.

Simon de Montfort was much in the style of Stalin, Hitler, Osama bin Laden, Vlad the Impaler, all of whom believed that they, and they alone had access to the final solution whether it be the gas chamber, the gulag, or jihad.

For his task, he mounted an offensive known as the Albigensian crusade, so called after the town of Albi, a hotbed of happy Cathar dissent.

His army of Northern knights were promised free land in the South if they did their derring well and efficiently. His philosophy, if that is what it could be called, was simple – recant or become carbon.

All heretics must be burned and sent to hell, presumably for more heat treatment. And so he scorched and charbroiled his way through the towns and cities of the South showing pity to neither foe nor friend.

Approaching the substantial city of Beziers, he ordered his soldiers to massacre the Cathars. When asked by one of his knights how they would distinguish them from the good catholics, his reply was typical of the tyrant with a personality disorder ‘Slay them all, God will know his own.’ 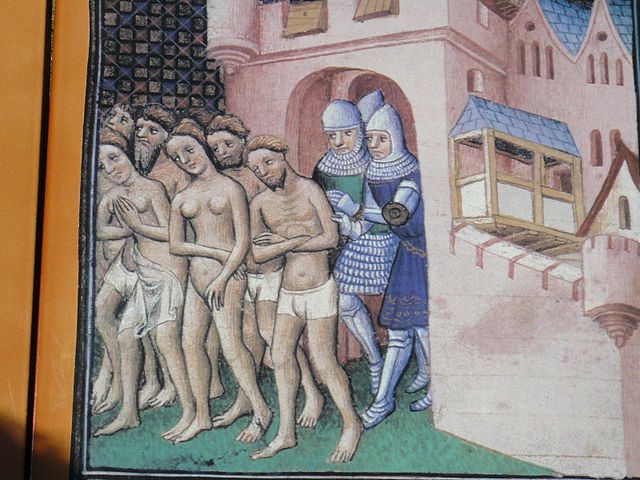 This was Christian certitude at its best, every man, woman and child slaughtered in the name of God. Job done!

And so the bloodbath continued and De Montfort;s knights profited hugely. His army plundered, murdered and massacred its way throughout the towns and villages of the South of France. – Carcassonne, Montreal, Lezignan, Narbonne, amassing large tracts of Southern France for themselves in the process. 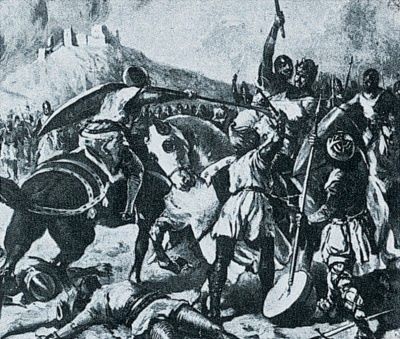 The Geneva Convention not having yet been formulated, compassion, empathy, reasonable force was in short supply. Medieval torture proved to be an effective weapon of choice. It had the exquisite advantage of combining extreme cruelty with the building of a database of people for burning whether or not they were guilty.

In this way, a large number of parfaits and brave ordinary people perished in the purifying flames of de Montfortian righteousness. But not before they had mounted a fierce resistance from their strongholds – what are now known as the Châteaux de Vertiges, of which there are many near to the Conflent.

The Cathar Château de Peyreperteuse, about 30 kms away from the Conflent is still one of the most spectacular and evocative castles in Europe, if not the world. The view from its topmost keep would impress an eagle.

The Chateau de Puilaurens is similar but different. The site may not be quite so vertiginous but the agony lies in mounting 300 metres up a seemingly vertical pathway to get there. But the views from the top are certainly a just reward for the effort. Standing there above the realm of mortal man makes one wonder how food and water enough for hundreds of hungry cathars ever made it to the mountaintop.

De Montfort’s brave men besieged these strongholds and starved their inhabitants into submission, only for them to be immolated below. Monuments to their fate can be seen at several places including Minerve in the Aude and at Montsegur, the last of the castles to fall in the Conflent’s neighbouring department of the Ariege. All of these are in easy reach of the determined visitor to the region.