Just a hop, skip and a jump to the north of Catalan Country, Narbonne is a leafy and well-appointed town, initially founded by the Romans in 118 BCE, when it was known then as Narbo. Once a very prosperous port and a major city due to its strategic location, it was in fact Rome’s first colony in Gaul. 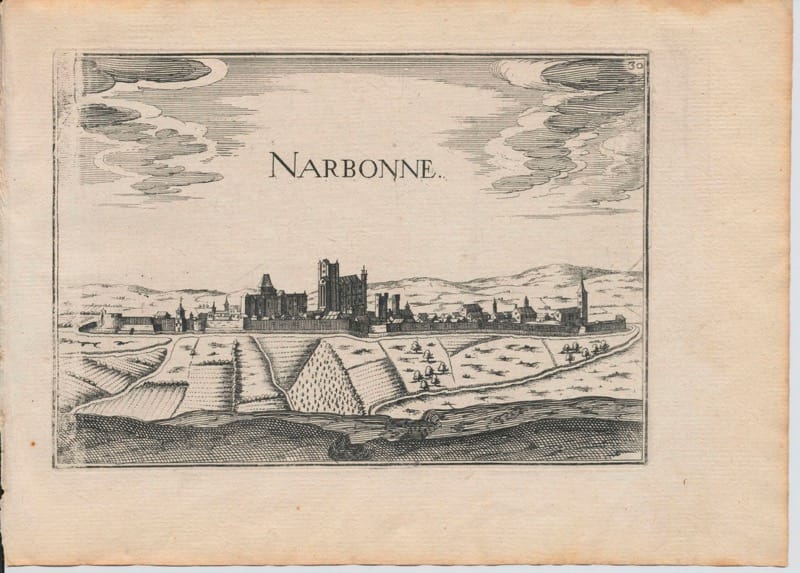 The town is now 15km from the Mediterranean shoreline, due to a change in the course of the Aude River, but connected by the wonderful Canal de la Robine.  This very pleasant part of the city-centre is complete with winding medieval streets, fantastic rue Droite and the Pont des Marchands bridge sporting buildings spanning the broad tree-lined canal; one of only a handful in the world to be built on.

The nearby Cathedral of Saint Just and Saint Pasteur is a marked example of the changing fortunes of this southern French town. A quick detour to the rear of the cathedral finds the structure frozen in time, for this cathedral, although one of the tallest in France, was never finished as it would have involved demolishing the city wall – a step too far!

Plague, an invasion by the Black Prince in 1355, and a series of other disasters all contributed to the decision to stop building. However, the vaulted choir, side chapels, sacristy, and courtyard remain intact, and there are some lovely 14th century stained glass windows, and a Flemish tapestry of the 15th century depicting the creation of the world. The cathedral is still an important place of worship and a major tourist attraction. 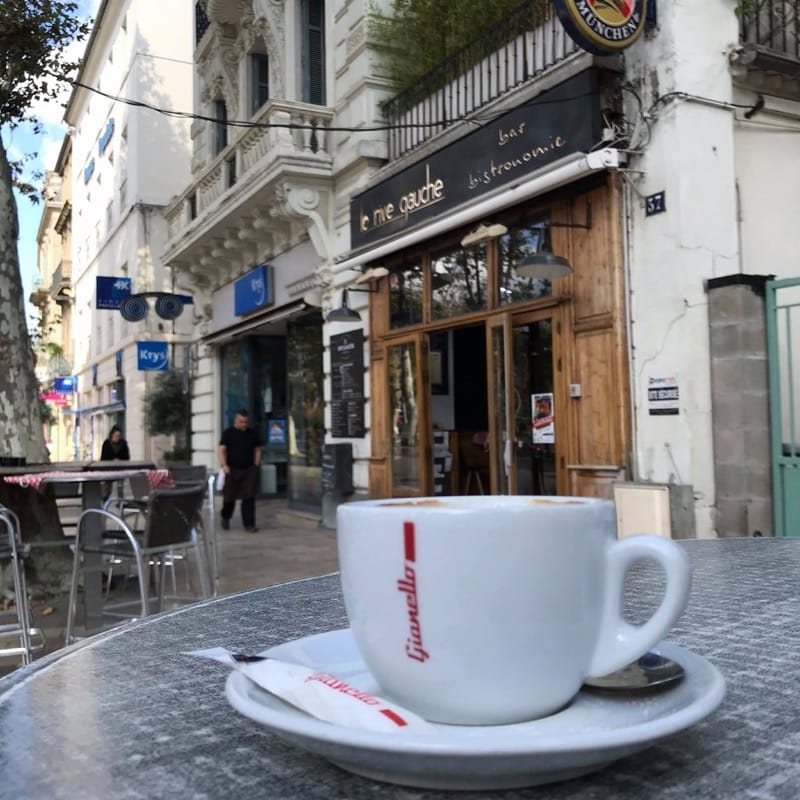 Pause a while for a coffee in the square outside the cathedral in place de l’Hôtel-de-Ville, or if you’d like a cheaper option, like me, continue walking along rue Droite until you reach place du Forum, this bustling but less touristy part of town is a great place to people watch and has an organic market every Saturday morning.

As you stroll along this street you’re surrounded by the sights and sounds of a busy and typical Mediterranean French town. Hungry? Visit the 1901 wrought-iron and glass indoor market, Les Halles with its chic market bustle of fresh fish stalls, seafood, olives, oysters, cheese, wine, tapas…..

The canal de la Robine deserves a special mention. Less well-known than the nearby canal du Midi, to which it ultimately links, this waterway was constructed in the 16th century in a bid to hold onto trade when the River Aude changed its course in the 14th century. Used extensively for cruises and pleasure craft these days the canal forms an attractive part of the centre, perfect for that post lunch or evening stroll. 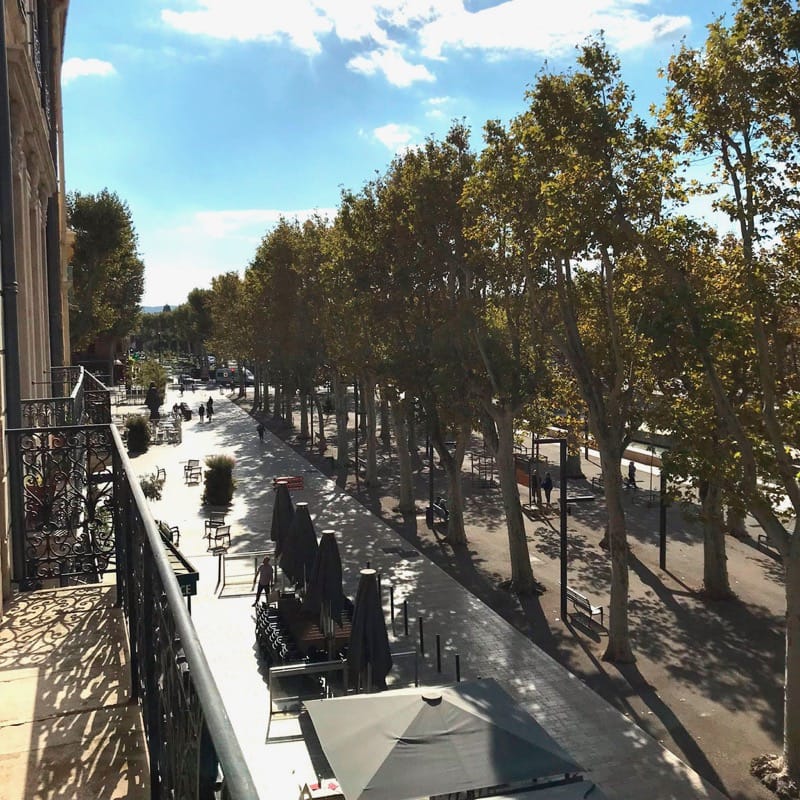 Narbonne also has museums to visit including the Musée Archéologique, with the third most important archeological collection outside Paris, the Musée d’Art et d’Histoire and my favourite attraction, the Horreum, underground labyrinth of ancient warehouses, and the only building to have survived from Roman times. Hidden in the quaint medieval streets away from the hustle and bustle of the centre, two of its subterranean tunnels are open to the public and equipped with the sights and sound of Roman Narbo.

Surrounded by vibrant and stunning countryside and vineyards, Narbonne is as typically ‘Sud de France’ as you could hope for on the French Med.